10/04/2019 - Films from a plethora of countries including Belgium, Denmark, France, Germany, Greenland, Finland, Iceland and the UK are to be presented at MeetMarket 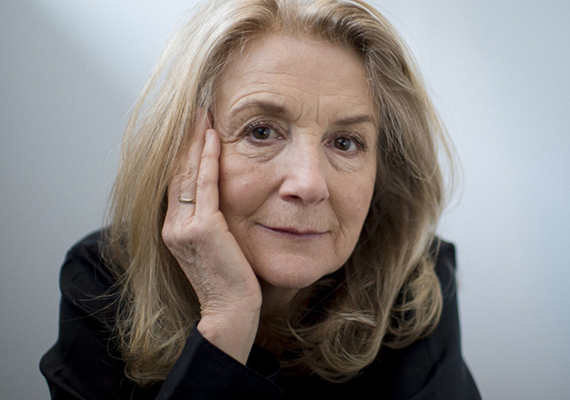 Director Sally Potter will be in attendance to pitch Oh Moscow

An initial glimpse of Sheffield Doc/Fest’s Marketplace and industry section has been announced today, including highlights from the 15th edition of the MeetMarket, the Alternate Realities Talent Market, a clutch of industry speakers and the Craft Summit.

Mark Cousins, with producers Adam Dawtrey and Mary Bell, returns to the MeetMarket to pitch The Story of Looking. Cousins, who was recently diagnosed with macular degeneration, gives a guided tour through the visual history of the world, from the dawn of time to the digital age.

Sally Potter and one of her long-time collaborators, producer Christopher Sheppard, will pitch Oh Moscow, a musical documentary that seeks out parallels between the past and the present, using archive and contemporary news footage set against music composed by Lindsay Cooper, with lyrics by Potter herself.

Four documentary series will be pitched at the 2019 MeetMarket, including: Jerry Rothwell’s (Sour Grapes [+see also:
trailer
film profile], How to Change the World [+see also:
trailer
film profile]) The Concession, a three-part series spanning four continents that tells a story from the front line of the global battle for resources; Jean-Pierre Canet’s Iraq, Destruction of a Nation, a timely documentary series covering the period from the first days of the Iran-Iraq War in 1980 to the fall of Daesh, and depicting the destruction of Iraq; and, hot on the heels of his award-winning investigative documentary Cold Case Hammarskjöld [+see also:
film review
trailer
interview: Mads Brügger
interview: Mads Brügger
film profile], Mads Brügger’s (The Red Chapel) Cold Cases, set to be pitched by him and producer Peter Engels, which is a spin-off TV series to uncover the truth behind Hammarskjöld’s assassination.

Also, from the Nordic countries, Norwegian production house UpNorth Film (Christian Falch and Torstein Parelius) will pitch director Tonje Hessen Schei’s Hallelujah, while from director Pamela Hogan and producer Hrafnhildur Gunnarsdóttir comes The Long Friday, spanning decades to tell the powerful story of a day that catapulted Iceland to its status as the superpower of gender equality. And the team behind Giants and the Morning After [+see also:
trailer
film profile], director Per Bifrost and producers Alexander Rynéus and Malla Grapengiesser, will pitch Earthlings Calling, a thought-provoking, controversial journey alongside a handful of underdog scientists hunting for ET.

Pitched by producer Anna Murphy for UK-based Grain Media, and executive-produced by Orlando Von Einsiedel (Evelyn, White Helmets, Virunga [+see also:
trailer
film profile]), Sadhana Subramanian’s sophomore documentary, Kashmir, reveals what it's like to live in what's said to be the most dangerous place in the world during one of its most febrile years, giving a rare glimpse of life in the crossfire.
Twenty-five international teams have been confirmed to attend the Alternate Realities Talent Market, now in its sixth year. The focus of this year’s edition will be on the attending talent – as well as on the ideas they bring with them – and is designed to encourage collaboration on new projects between decision makers and the participants. New projects in development will be presented in virtual reality, augmented reality, mixed reality, 360° video and a range of multimedia, multi-person experiences that cover both digital art works and installation pieces.

Finally, at the Crucible Theatre, feminist investigative journalist and presenter Stacey Dooley will return to Doc/Fest to give this year’s BBC Interview. In addition, celebrated filmmaker Paul Greengrass will be in conversation.