The fourth edition of the Czech Film Springboard industry session, organised by the Czech Film Fund and the Czech Film Center, and unspooling as part of the Finále Plzeň Film Festival (11-16 April), brought along an array of promising projects in the early stages of development to be weighed up by foreign professionals. This year’s selection introduced rising talents and up-and-coming filmmakers, and really confirmed Czech cinema’s strong position on the international stage, since the majority of the projects are being made in co-production with countries outside of the Visegrad region (to which the Czech Republic has historically been very close). Here is an overview of the most promising projects presented at the event. 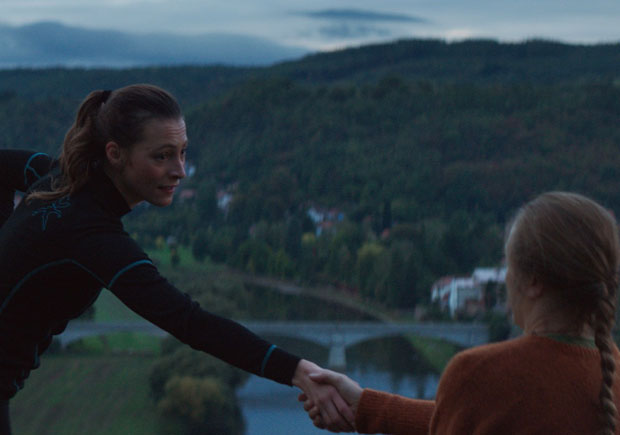 A Summer Fair – Erlend Hella Matre
Producer and founder of Mindset Pictures Andrea Shaffer – who has a wealth of experience in the audiovisual industry under her belt – has three documentary projects in the pipeline and also brought her latest effort to Pilsen. She is currently developing A Summer Fair, a co-production between the Czech Republic, Finland and Slovakia. Norway-born, Prague-based director Erlend Hella Matre is helming this psychological drama about trauma, prejudice, cultural conventions, fear and ignorance. “Just like parasitic insects, we feed off each other, for good or for bad,” notes Matre. “No one can survive alone.” The story follows two women, thirty-something Eva and twenty-something Sandra, as they gravitate towards a young entomologist in pursuit of a rare caterpillar. A series of dramatic twists ensue as the main characters wrestle with both the past and the present. "There’s a Chekhovian touch to the drama, and elements of the absurd and ridiculous are never far away. Simultaneously, the story takes place in a small, prosperous town surrounded by beautiful nature and with a mystique and aesthetics inspired by David Lynch," said the director. The script has been fine-tuned by Gyula Gazdag from Sundance, and 2019 will be dedicated to pre-production, financing, pitching sessions and markets, with principal photography taking place in summer 2020. The release is scheduled for the following year. The project was supported by the Czech Film Fund at the development stage. A Slovakian co-producer (KFS Production) is already on board, together with a Finnish co-producer (Lucy Loves Drama Oy), and an Icelandic co-producer (Artio Films) has shown an interest in the project. Andrea Shaffer confirmed to Cineuropa that J-P Passi, the DoP on the award-winning The Happiest Day in the Life of Olli Mäki [+see also:
film review
trailer
interview: Juho Kuosmanen
film profile], will be lensing A Summer Fair. The producers are looking for co-production partners in Sweden and Iceland, as well as an international sales agent. 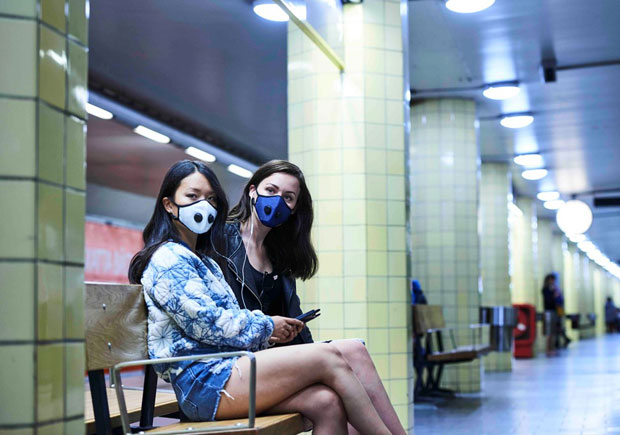 Eternal Peace - Vojtěch Strakatý
Another fresh face in the domestic audiovisual landscape is newcomer Vojtěch Strakatý. He is set to direct his own script, Eternal Peace, for which he won the Stars of Tomorrow Award from the Czech Film Foundation. Marek Novák, of Xova Films, is producing this apocalyptic, minimalistic drama set in the near future, in a world on the brink of ecological disaster. The script is being fine-tuned at the Script Consulting Incubator set up by the Czech Film Fund. The drama, inspired by events in the director’s own life, is “a combination of strong elements”, according to Novák. The producer expects the first clapperboard to slam in summer 2020, and the film to be finished by winter 2020 or early 2021. Novák says they are looking for potential co-producers within the CEE region, although they are also open to various other forms of collaboration. 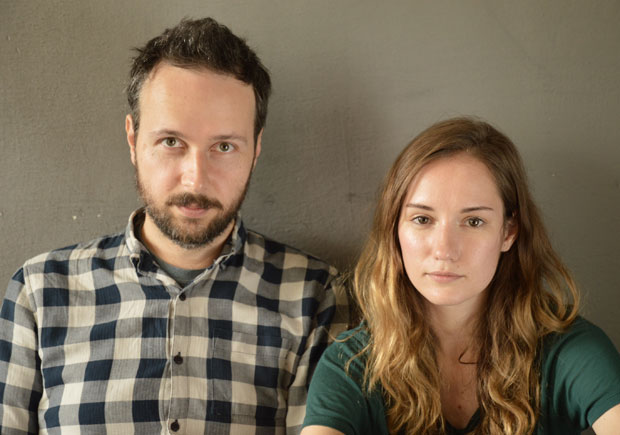 Martian Ships – Jan Foukal
Ondřej Zima and Silvie Michajlova, of Film Kolektiv, are no strangers to Czech Film Springboard. With their colleague Jan Kallista, they unveiled the ambitious sci-fi project Restore Point in 2017. Returning to their Springboard stamping ground this year, they presented their latest project in the making, Martian Ships. Co-produced with Norwegian outfit Storm Film, Martian Ships was written by local author and playwright Zdeněk Jecelín, and will see Czech documentarian Jan Foukal at the helm. Foukal debuted with his documentary road movie Amerika, introduced in the Karlovy Vary official selection, and he will tackle the topic of tragic love (based on a true story) in his upcoming film. The title refers to lead character Alenka, who sailed straight through Martin’s life like a spaceship, during an intense, year-long relationship with many ups and downs, which unfortunately led to a tragic ending. The director stresses that suicide will not be the main focus in Martian Ships, but reveals that the genius loci of the Czech Republic’s second-largest city, Brno, will play a crucial role. 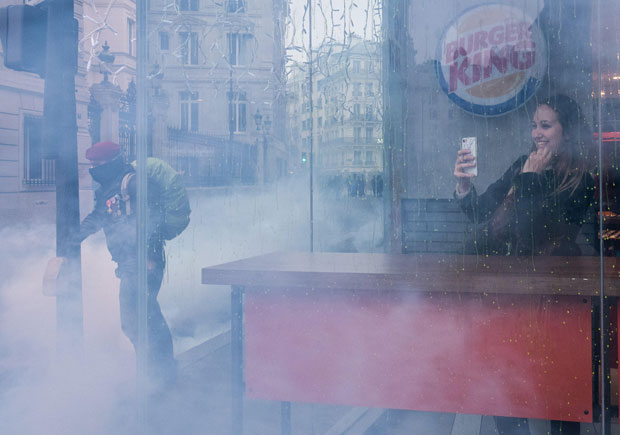 Ordinary Failures – Cristina Groșan
Xova Film’s Marek Novák arrived brandishing more than just one Star of Tomorrow. Another project he has been developing alongside Eternal Peace, Ordinary Failures, netted the same prize for Klára Vlasáková and even shares the other movie’s ominous mood. Ordinary Failures tells the story of three female protagonists from different generations, each connected to the others by an apocalyptic dream. In 2018, emerging Romanian-Hungarian filmmaker Cristina Groșan – a Berlinale Talent Campus and Script Station alumna – took on the project as her sophomore feature-length directorial effort. “We approached several directors but ultimately invited Cristina to join our project, since her previous films and her sensitivity towards the topic and the female protagonists appear to be a very interesting match with Klára Vlasáková’s script,” said Novák. Ordinary Failures is currently being developed within the context of the EAVE Producers Workshop. The producer expects the project to enter production in autumn 2020 and to wrap early in 2021. Intended as an international co-production between the Czech Republic, Romania and Hungary, the producer has already secured partners in each of these countries. Novák considers the film to be highly relevant not only because of its dystopian nature, but mostly because of the tendency of current cinema to push reality to its very limits – and beyond. In Pilsen, it was introduced to potential sales agents, festivals and distributors. 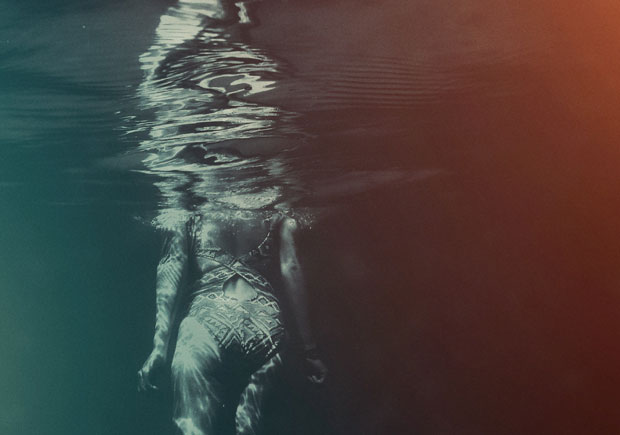 The Body by Natálie Císařovská 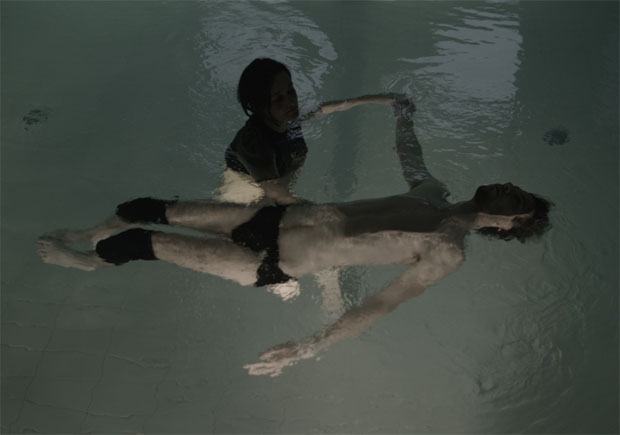 The Fragile Beauty of Masculinity by Andrea Culková

The Fragile Beauty of Masculinity – Andrea Culková
Besides debuting filmmakers, local directors who have better-established careers were also welcomed with open arms at this year’s edition of Czech Film Springboard. Among them was Andrea Culková, who introduced her newest endeavour, The Fragile Beauty of Masculinity, which marks her transition to fiction filmmaking. Culková previously directed an eye-opening documentary about sugar addiction, Sugar Blues [+see also:
trailer
film profile], and the thought-provoking experimental meta-art project H*ART ON, which depicts the trials and tribulations of a modern artist; it premiered in the Next Masters competition at DOK Leipzig. The producer of H*ART ON, Prague-based company Duracfilm, is backing The Fragile Beauty of Masculinity as well as Culková’s upcoming documentary, Tepich, a co-production with HBO. Culková says The Fragile Beauty of Masculinity explores masculine and feminine gender norms, and “the crisis of masculinity”. The director spent several years researching the topic, which was supposed to form the basis of her next documentary. However, the story morphed into a fiction film after the director participated in the Ex Oriente Film workshop, and met Finnish producer Iikka Vehkalahti and Polish director Pawel Lozinski. “At the DOK Leipzig Co-Pro Market, we received feedback from international professionals and confirmed that the direction we were moving in was the right one,” states the helmer, adding that the script was also chosen for an EWA (European Women’s Audiovisual Network) scriptwriting residency. An arthouse drama that follows the main character as he recovers from an accident, and examines the aftermath of it and its effect on his partner and children, The Fragile Beauty of Masculinity won’t be short on humour. “I have cultivated a wicked sense of humour,” assures the director. Producer Miroslav Novák, of Duracfilm, says they are seeking a co-producer in Norway, where part of the story takes place. They are also turning to Slovakia, Poland and France as potential co-production partners. He expects to see the final cut by September 2021 and launch the film on the international festival circuit at the beginning of 2022.