Review: Buñuel in the Labyrinth of the Turtles

25/04/2019 - Salvador Simó adapts Fermín Solís’ comic book of the same name into a film, adding colour as well as images from Land Without Bread, the documentary directed by Luis Buñuel in 1933

Having participated in a number of festivals across various continents, including Malaga, Miami and Guadalajara, Buñuel in the Labyrinth of the Turtles [+see also:
trailer
interview: GoCritic! Interview: José L…
film profile] by Salvador Simó, a Los Angeles-trained film professional with numerous international works and Hollywood hits to his name, is at last touching down in Spanish cinemas. As some readers may have already guessed, the subject here is the film adaptation of the graphic novel by Fermín Solís which describes the highs and the lows involved in shooting the 30-minute documentary, Land Without Bread, directed by Luis Buñuel back in 1933.

With a screenplay penned by Eligio R. Montero and by Simó himself, Buñuel in the Labyrinth of Turtles is an animated film aimed at adults. It adds colour to the original, black and white comic book, stylising its lines and bringing greater humanity and warmth to the poverty-stricken scenes it depicts. Over the course of 77 minutes, we follow in the footsteps of the Calanda-born master, travelling from the cafes of Paris where he encountered modernity in its most rebellious form (the artist Salvador Dalí, first and foremost), to the impoverished and isolated region of Las Hurdes in the Estremadura community, bordering on Portugal.

What the viewer sees in this enchanting film, infused with a cinephile spirit, isn’t just the physical journey of an inimitable filmmaker, but also his personal and artistic transformation. From his initial flirtations with surrealism (his first works, the short film Un chien andalou and the full-length title L'Âge d'Or, would win him the status of idol, revolutionary and provocateur), he went on to commit himself wholeheartedly to revealing the true social inequalities at work in 1930s Spain.

In this sense, as it alternates between animation and images taken from the real-life documentary shot by the Aragonese master – lending even more power to the drama in a number of the film’s scenes –, the film also proves to be a beautiful ode to friendship (that between the director of The Exterminating Angel and the sculptor, Ramón Acín). But it is also a tribute to a film worthy of great respect (the hope is that this film will encourage new generations to take an interest in Buñuel), to a land which has thankfully now emerged from the pit of poverty, famine and abandonment, and to a crackpot profession: filmmaking. The latter can, at times, drive its creators to carry out the most sublime, but also the most abject acts, in a process which is somewhat Machiavellian in that the creative spirit – hell-bent on obtaining a concrete result - can possess the artist in such a way as to make him/her forget certain ethical and moral principles.

This humanisation of a figure so venerated as Luis Buñuel (who we see here at a crossroads, at war with himself and the uncertainty of youth) lends a touch of emotion, authenticity and audacity to a film which reveals some of the filmmaker’s most horrific nightmares and uses flashbacks to reflect on his childhood and the complicated relationship he shared with his authoritarian father. It also describes a film shoot where the producer is obliged to step in and impose a common sense approach so as to prevent the madness of the artist from derailing a project in which a whole team – as well as a great deal of money – is involved.

Buñuel in the Labyrinth of Turtles is produced by the Spanish companies Sygnatia, S.L., Glow Animation, S.L.U., the Sociedad Pública de Radiodifusión y Televisión Extremeña, S.A.U. and the Dutch outfit, Submarine B.V., with the support of the Eurimages programme and the ICAA. International sales will be managed by Latido Films, who are headquartered in Madrid.

more about: Buñuel in the Labyrinth of the Turtles

GoCritic! Interview: José Luis Ágreda • Art director of Buñuel in the Labyrinth of the Turtles

“We didn’t want to embellish anything”

GoCritic! talked to the art director of Buñuel in the Labyrinth of the Turtles, which screened at Animafest Zagreb and was awarded at Annecy

The network's members put the spotlight on recent films distributed all across Europe, such as Buñuel in the Labyrinth of Turtles, Pachamama and Manou the Swift 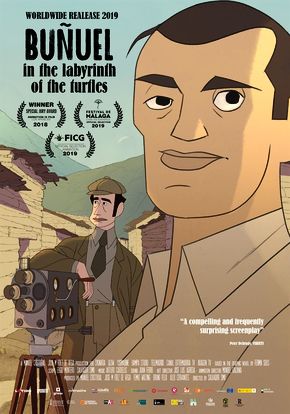 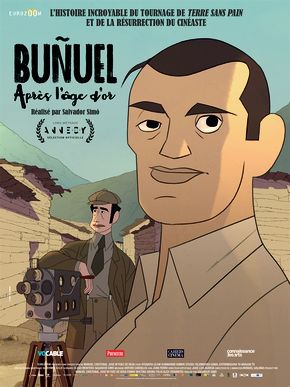 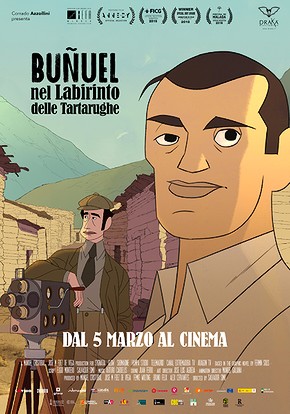 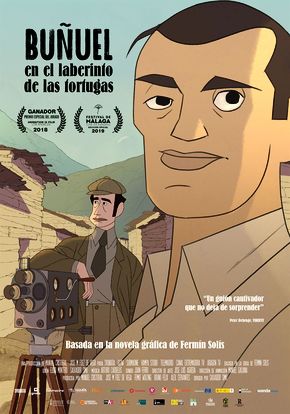