Paris-born, Brussels-based filmmaker Alexe Poukine's latest film, That Which Does Not Kill [+see also:
trailer
interview: Alexe Poukine
film profile], won the Jury Prize for Most Innovative Feature Film at the recent Visions du Réel. The manner in which the director treats the topic of rape is indeed innovative, but on a very subtle level that reflects the numerous nuances, misconceptions and misguided ideas that we seem to be starting to get to grips with only now, after millennia of abuse throughout the history of humankind.

Poukine based the film on a text written by a woman who approached her in 2013 after a screening of her first film, Dormir, dormir dans les pierres. The woman, named Ada, wrote about her experience from nine years earlier, when she was raped three times by a man she knew at the age of 19.

Poukine talked about Ada's text with her friends and other artists, and discovered that many of them had had similar experiences. So she let them reproduce the text verbally and combine it with the events from their own lives. This has resulted in a formally rigorous film that, on one hand, protects the victim from unwanted exposure and, on the other, provides both the protagonists of the film and the audience with a uniquely deep insight into the many layers of this delicate topic.

In a series of interviews, the protagonists - 12 women and two men (who both realise that at some point they committed rape while in a relationship) from various backgrounds and of different ages - filmed in their homes with a fixed camera that presents us with exclusively loose close-ups and medium shots, tell Ada's story and reflect on how it relates to their own experiences. The immediate question that springs to mind – how can someone be raped three times by someone they knew? – is answered quickly, if obliquely, and a sensitive viewer should instantly wonder why it was this question in particular that they thought of first.

The English title of the film refers to the misinterpreted psychological and emotional consequences of such a violation: one woman explains how, in this case, what does not kill you actually makes you unlearn things such as desire, trust and being able to make a connection. Other issues include the actual realisation of what happened to a victim, the act of reporting the crime and the negative social effect of this, the suppression of memory, the dominance of remembered sensations over a straightforward recollection of the sequence of events that led to the violation, the need to forgive, and the complicated and often counter-productive ways in which the victims try to handle what happened to them, in the absence of any established support system that would be truly effective.

Many of the victims report how they felt as if the rape were happening to someone else. In order to protect itself, the mind displaces itself from the body, and the words "I heard myself say" or "I saw myself do" recur frequently in the testimonies. Poukine's decision to similarly displace Ada herself from the film and tell her story via proxies fits in perfectly with this phenomenon.

When the harrowing viewing experience is over, the audience realises that rape is still a chronically underexplored issue. Without being mentioned explicitly in the film, it is clear that the main reason for this is our patriarchal civilisation's psychological ecosystem of social conventions and taboos that prevents us from asking the right questions – even to ourselves. This is exactly why we need more films and other works of art like That Which Does Not Kill.

That Which Does Not Kill is a co-production by Belgium's Centre Vidéo de Bruxelles - CVB and France's Alter Ego Production. French company Andana Films has the international rights.

more about: That Which Does Not Kill

Interview: Alexe Poukine • Director of That Which Does Not Kill

Cinergie met with director Alexe Poukine to talk about her second feature film, That Which Does Not Kill , unveiled in competition at the Visions du Réel Festival 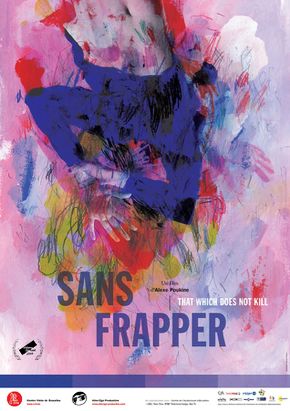 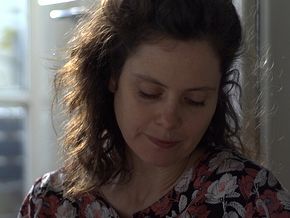 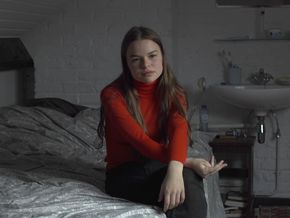 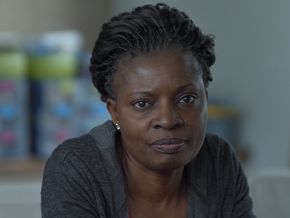