30/04/2019 - In Sonia Escolano’s debut feature, presented at the biggest genre event in the Baltics, “less” translates to “more” claustrophobic

Sonia Escolano’s debut feature, House of Sweat and Tears [+see also:
trailer
film profile], presented at the Haapsalu Horror & Fantasy Film Festival (25-28 April), certainly knows how to make an entrance, opening with a woman breaking some glass only to promptly put it in her own shoes. But while it might be painful to see her walk away, it’s advisable to follow right after her, as Escolano doesn’t need a lot of shiny trinkets or gimmicks to hold people’s attention. All it takes is, well, some sharp glass and eggshells to make a valid point about all-consuming religious obsession, as all voices of reason heard here crack just as easily.

With her uninterrupted focus on a small cult aching to achieve ultimate salvation through prayer and pain – how else? – Escolano could have an animated chat or two with Pascal Laugier, of the infamous 2008 flick Martyrs [+see also:
film review
trailer
film profile] (which, in a surprising turn of events, was also screened at this year’s edition of the Estonian festival). But where his approach was to draw as much blood as possible out of his exceptionally dedicated leading ladies, Escolano seems to be much more interested in supressed emotions than she is in guts. Which, for the most part, serves her quite well, although one is left wondering if such restraint was really necessary, because House of Sweat and Tears, claustrophobically atmospheric and set in a place seemingly deprived of all oxygen, certainly won’t have critics writing about an urgent need to take a shower after the screening again. To which this writer would add: preferably while accompanied by numerous shots and bouts of uncontrollable weeping. Which can be a good thing sometimes.

But Escolano doesn’t care much for such drama and creates a universe that’s as modest as it is scarily realistic, with an elderly leader controlling her white-clad flock with the help of lengthy (and sweaty) visions and unquestionable obedience that she tests almost daily, as if trying to see how much she can actually get away with: if you separate from your egg, goes one imaginative challenge, it means you don’t love Jesus. If it seems laughable at first, it really isn’t, as even without wasting time on explanations or backstories, it’s easy to believe in this tiny crowd eagerly waiting to, as Finnish director Zaida Bergroth (of the upcoming Maria’s Paradise [+see also:
film review
trailer
interview: Zaida Bergroth
film profile], also about a cult) recently told Cineuropa, “give all of the responsibility to somebody else”. So eagerly, in fact, that they can barely stand still on their deeply scarred feet, frustrated rather than liberated by a surprising struggle for power – as even in a barely lit basement, “there can be only one”. And as they listen with delighted anticipation to the affirmation that “it is the time of Satan, the world is corrupted, and there will be chaos”, it’s hard not to think how many people would actually want these words to come true. Maybe that shower wouldn’t hurt after all.

Written by Sonia Escolano, House of Sweat and Tears was produced by Escolano herself and Francisco Javier González for Sudor y Lágrimas Films. It is being distributed in selected territories by Rock Salt Releasing, the independent sales and distribution label launched by TriCoast Worldwide.

more about: House of Sweat and Tears

In Sonia Escolano’s debut feature, presented at the biggest genre event in the Baltics, “less” translates to “more” claustrophobic 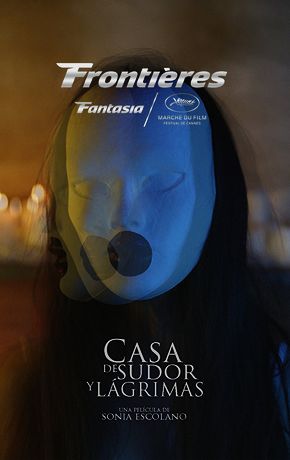 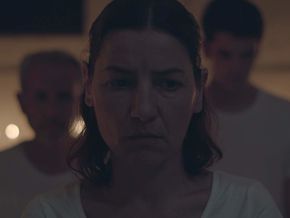 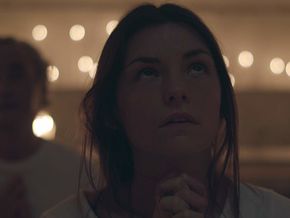 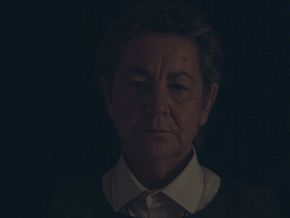 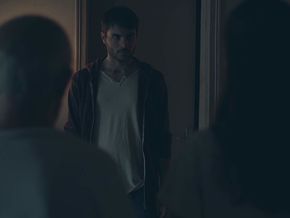 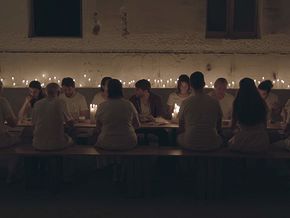 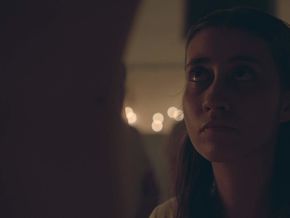