17/05/2019 - CANNES 2019: Latvia's Juris Kursietis delivers a gritty and ultra-realist film on a form of modern slavery taking place behind the scenes between Eastern European posted workers

The problem of posted workers has haunted European Union talks for some years now, and the financial profit that is derived from the disparities that exist between Eastern and Western Europeans, both in terms of their salaries and social security levels, is a key factor in these discussions. Under the surface of this subject, however, there are far graver abuses taking place and it is into these chilling depths, and by way of fiction, that the Latvian filmmaker Juris Kursietis (who won plaudits in 2014 for his first feature film, Modris [+see also:
film review
trailer
film profile]) immersed himself for Oleg [+see also:
trailer
interview: Juris Kursietis
film profile], unveiled at the 51st Directors’ Fortnight as part of the 72nd Cannes Film Festival.

Unfurling along the lines of the innocent who falls victim to another’s ill intent and who slowly comes to the terrible realisation that “man is a wolf to man”, this gritty, tense and uncompromising film centres on Oleg (Valentin Novopolskij), a butcher from Latvia (who has a unique non-citizen status, which even makes him a stranger in his own country) who unwittingly enters into a world of pain when he disembarks in Belgium as part of a group of workers who have official dispensation to work in a meat factory. Unfairly dismissed following an accident at work and a lie told by a Polish employee - the real guilty party -, Oleg finds himself in a desperate situation: he and his grandmother are in serious debt in Latvia, but he no longer has the right to work in Belgium. Happily, a saviour appears in the form of Polish national Andrzej (Dawid Ogrodnik), who claims he wants to make up for the wrong done to Oleg by his fellow countryman by giving him a job and a passport. Oleg moves into a house shared with other Polish workers, but he quickly comes to realise that his benefactor is far less caring than he first appears and that he is trapped in an increasingly perilous situation…

Shot using a camera that is quite literally attached to the protagonist and which explores the slightest movements of his face, the film mostly unfolds within highly realistic, claustrophobic and nocturnal atmospheres (finely crafted photography which comes courtesy of Bogumił Godfrejów) which are nigh-on documentarian and woven together by a handful of dream-like sequences. The pace of the storyline which remains relatively unpredictable - as does perverted, arch-manipulator Andrzej - allows for a captivating dive into a brutal pan European underworld which borders on slavery and whose members are all but indifferent to the local authorities. The references to Catholicism (which reflect a very real and firmly rooted culture) do weigh down the tale somewhat, and on occasion, the director employs narrative gimmicks, taking plot development shortcuts; but this doesn’t prevent the film from making the very dramatic point that, to a certain extent, the human and economic behaviours we’re witnessing today are sadly reminiscent of the animal world.

"There has to be a proper reason to make a film"

CANNES 2019: Latvian director Juris Kursietis is presenting his second film, Oleg, in the Directors' Fortnight, and he talked to us about it

The Latvian-Estonian co-production, set for release at the end of 2021, wrapped principal photography on 9 September

“In 2018, we broke all of our admissions records and we produced the highest number of films ever”

We had a chat with Dita Rietuma, the head of the National Film Centre of Latvia, whose speech opened the Magnetic Latvia Film Conference last week

“Fostering young talents is one of the aims of any festival”

We sat down with Nenad Dukić, a programmer for European Film Festival Palić, one of the most prominent events in the Balkan region

“Discovering new projects is a passion for our entire team”

Head of industry at KVIFF Hugo Rosák talks to us about the First Cut Lab, Eastern Promises and scouting new projects 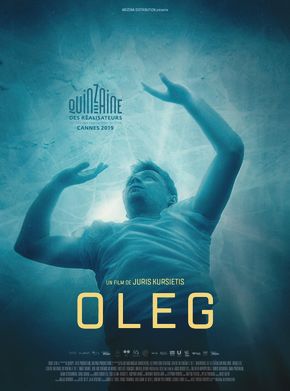 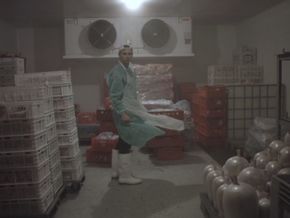 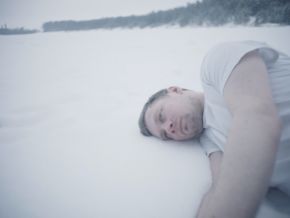