16/05/2019 - CANNES 2019: Franco Lolli’s Critics’ Week opener is a sensitive work which follows in the footsteps of a female character who must contend with an accumulation of gruelling circumstances

The film begins with the halting, banging din of an MRI machine and a distinct feeling of uncertainty over what is going on and of what is yet to come. The suffocation experienced by the body enclosed within this imposing metal tunnel proves to be a subtle yet powerful theme; one which makes itself felt throughout the entire story of this second feature, Litigante [+see also:
trailer
film profile], the opening title of this year’s Critics’ Week which comes courtesy of the Colombian director Franco Lolli, the baby of the Cannes Film Festival’s discovery section. Whilst the cancer of the patient who is undergoing examination here provides the film with its narrative arc, it is not this elderly lady who takes centre stage, but rather her daughter Silvia (Carolina Sanín), who is also a single mother, a sister, a legal expert and a woman.

And if the scene which follows – where the mother, Leticia (Leticia Gomes), doggedly refuses the treatment options put to her by the oncologist – is probably one of the worst possible moments a person can live through, this is just one of the many serious problems which Silvia will have to contend with: critical situations are building up on all fronts – despite her integrity, she even finds herself suspected of being in cahoots with her boss, the head of the Public Works department in Bogota, a man who’s corrupted down to the bone and who will continue to use her until, finally, she breaks, despite the great resilience she has shown to the many other blows delivered by circumstance. Negotiation is, of course, part and parcel of this restrained heroine’s profession (hence the Spanish title of the film) and of her character in general... However, the most difficult, the most wrenching albeit modest struggle she must negotiate is that which takes place inside of her. In the meantime, other serious problems continue to multiply, weighing heavily upon her; troubles for which there are no straightforward answers, but which she is never entirely on her own to face.

Indeed, although he never takes his eye off of his character, following her very closely and searching her face as she tries to keep her cool, Lolli always depicts Silvia within the comfort of her own familiar surroundings (except on two occasions when she’s dragged along to social gatherings against her will) which she continually opts for above all else, much in the same way that she decided to have her little boy without asking anything of the father (who doesn’t live that far away and is actually concerned for her well-being), with all the frustrations, friction and conflicts that come with it, but also with all the love that inevitably surrounds them.

In this way, between the hugely trying circumstances which he throws into the path of his character and the strongly felt presence of Silvia’s loved-ones, Franco Lolli is operating on two emotional levels, both of which are highly charged, and he does so by conveying the great complexity of the situation with a lightness of touch, making the work even more overwhelming. The emotion that is felt throughout the film can also be largely attributed to the remarkably well-balanced and sensitive performances which the director was able to draw out of his non-professional actors. The psychological realism which we see here, which is reminiscent of Pialat and of the deep humanity we find in certain strands of Argentine cinema, can also be linked back to a brilliantly crafted script (in which Lolli was assisted by Marie Amachoukeli, co-director of Party Girl [+see also:
film review
trailer
interview: Marie Amachoukeli, Claire B…
film profile], which scooped the Golden Camera and the Ensemble Prize in the Un Certain Regard competition 2014, and by Virginie Legeay, who also co-wrote Lolli’s first film, Gente de bien [+see also:
film review
trailer
film profile] – one of the central themes of which also revolved around family and was likewise treated with great sensitivity) and a confident mise en scène, which never feels forced and which delivers the promises made by Lolli’s first full-length film, likewise unveiled in Critics’ Week.

Litigante was co-produced by SRAB Films and Les Films du Worso (France), in association with Evidencia Films (Colombia). It will be distributed in France by Ad Vitam. International sales are in the hands of Kinology.

Antoine Bertrand, Philippe Rebbot and Côme Levin are hobos who win the lottery in this SRAB Films production, set to be sold by Le Pacte

“It’s important to adapt to new industry trends; that’s why we’re opening up our funds to documentaries”

CANNES 2019: The CNC invited directors and producers whose films have benefitted from the French support fund, with 17 such titles featuring in the various Cannes selections 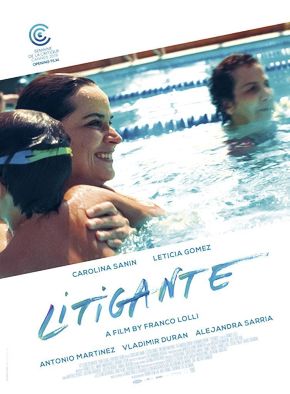 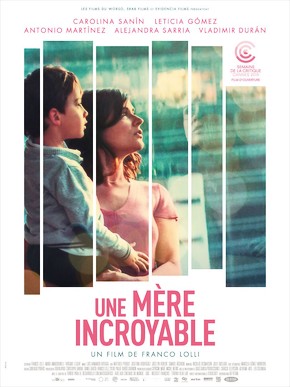 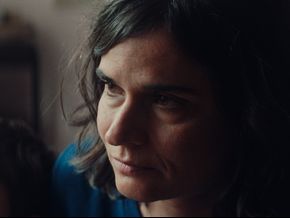 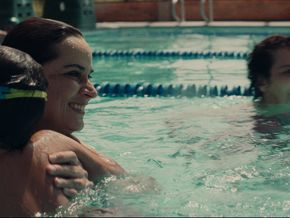 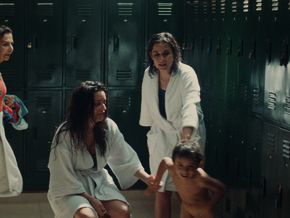