16/05/2019 - CANNES 2019: Kleber Mendonça Filho and Juliano Dornelles’ new work bobs and weaves with gusto and humour, playing with the traditions of the Western, Brazilian cinema and anti-imperialist resistance

"It’s very late in the night, that’s the time in Bacurau. We celebrate fear and fright. Ghosts haunt this valley. The air is awash with spells that are cast by an evil sorcerer." When all the inhabitants of a small and isolated village, surrounded only by the wilds of nature and ensconced in the western region of Brazilian state Pernambuco, come together to sing these words in unison as they walk alongside the coffin of a dead matriarch, it inevitably results in a peculiar atmosphere. And this isn’t the only coffin we’ll see in the strangely entertaining and fascinating Western parable that is Bacurau [+see also:
trailer
interview: Kleber Mendonça Filho, Juli…
film profile], directed by the duo comprising Kleber Mendonça Filho and Juliano Dornelles and presented in competition at the 72nd Cannes Film Festival.

Set somewhere in the vague terrain of “a few years from now”, the plot concocted by the two directors sees us plummet from the starry, starry sky right back down to planet Earth – Brazil to be precise – following in the tracks of a lorry which brings drinking water and is making its way across a vast, nigh-on uninhabited stretch of land. We travel along secondary roads and dirt tracks until finally, we see the sign "Bacurau – If you’re coming, it’s in peace", having previously learned that the village has been denied access to water and that the outlaw, Lunga, is hiding somewhere in these parts, with nobody willing to give him up. Once we arrive in Bacurau for the afore mentioned vigil, the viewer is introduced to key local figures: Teresa (Bárbara Colen), who’s brought along a suitcase full of vaccines, and her father Plinio (Wilson Rabelo), doctor Domingas (Sonia Braga), ex-killer Pacote (Thomas Aquino) and many, many more. Indeed, the population of Bacurau (a word referring to a bird known to hide at night and which only allows itself to be seen when it so chooses) is very close-knit; they communicate with one another constantly, like when they announce the visit of the electorally motivated and coolly received prefect, Tony Jr. (Thardelly Lima). At which point, a series of curious events begins to unfold: the village has vanished from maps and satellite photos, mysterious bikers begin to appear, the local telephone network is cut off and a massacre takes place in a neighbouring farm. Under the cover of shadow and with the help of a drone, a group of heavily armed strangers (led by Udo Kier) prepare for the orderly yet enjoyable obliteration of Bacurau. But the village inhabitants won’t go down without a fight…

With its surprising score characterised by an offbeat tone which takes care to sidestep clichés, Bacurau is a choral work which isn’t easy to pin down, with all its zigzagging between genres, but which proves its worth as the film progresses. Undeniably anti-imperialist, the film demonstrates an insurgent spirit of resistance and a faith in shared cultural heritage, while also proving itself adept in the subtle art (imbued with a healthy dose of irony) of cinematographic “camouflage”; it combines modernity and time-old simplicity to revisit the codes of Brazilian film tradition (The Dragon of Evil Against the Saint Warrior by Glauber Rocha, for example), along with those of the classic Western and its more recent reincarnations. It’s a lesson in style; a style which contrasts nicely with the hot blood and black humour we drink down without restraint.

Bacurau is produced by French firm SBS Productions and the Brazilian outfit CinemaScópio, and is co-produced by Arte France Cinéma and Globo Filmes. International sales are in the hands of SBS.

“We wanted to make a kick-ass western adventure”

CANNES 2019: Cineuropa met up with Kleber Mendonça Filho and Juliano Dornelles, the directors of Bacurau, a film that defies any easy categorisation 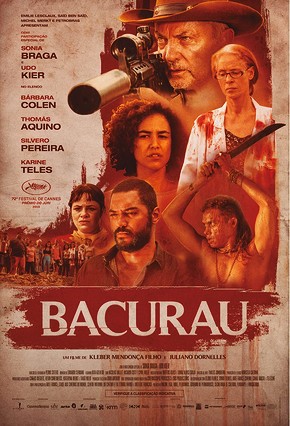 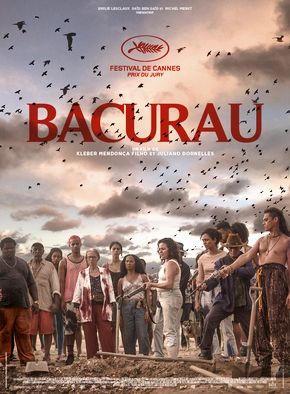 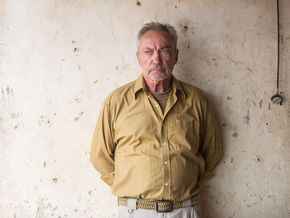 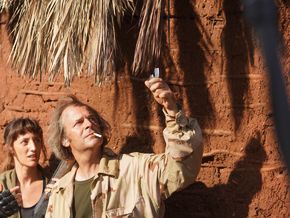 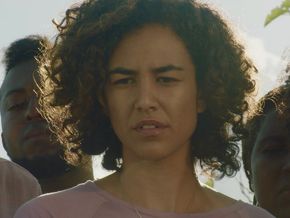 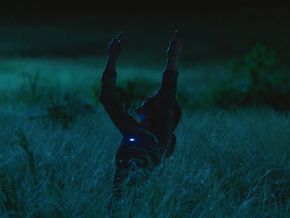 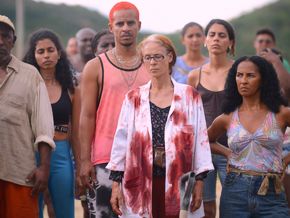 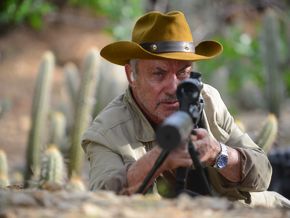 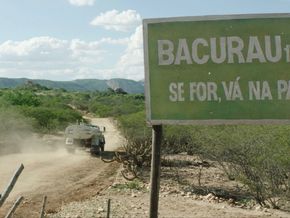 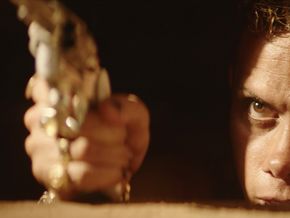 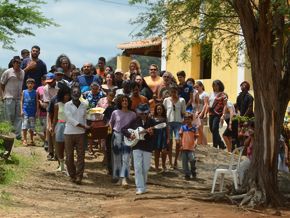 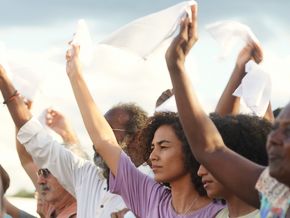