CANNES 2019 Out of Competition

20/05/2019 - CANNES 2019: In this documentary of two halves, Asif Kapadia pits the loveable, vulnerable Diego against the less endearing public figure of Maradona

This is a film about chaos. For while Maradona was a genius on the pitch, the film goes to great lengths to show how wayward he was off it. It starts with a car racing through the streets of Naples in a fashion that would have made Ayrton Senna proud. As we are about to be told, Maradona’s is a life lived in overdrive.

The documentary concentrates on the years from 1984-1991, when the Argentine captain, one of the greatest footballers to grace a grass field, was playing with and transforming the fortunes of the Partenopei (aka Gli Azzurri). They had never won the Italian league title in their history, but they would do so twice with Maradona on the turf. But before both of those league titles, the Argentinian would almost single-handedly carry his nation to victory at the World Cup in Mexico, scoring two of the most famous goals in football history against England in the aforementioned Hand of God game.

His feats are all the more remarkable because he would play at the Stadio San Paolo on a Sunday, and the final whistle would tell him it was time to head straight to the bar, sleep with women and snort cocaine until Wednesday night, which was when he then remembered that he was a professional athlete and started the process of cleaning himself up for the big game on the weekend.

It’s a great story, but one that has been well told before, and Kapadia struggles to find a new angle, despite having access to 500 hours of archive material – much of it from the personal collection of Maradona and his friends and enemies, and a great deal of it never seen before. As he did with his extraordinary documentaries Amy [+see also:
trailer
film profile] and Senna [+see also:
trailer
film profile], Kapadia tells the story through said archive material and a voiceover. But unlike Amy and Senna, here Kapadia is dealing with a living subject and so can – and does – interview Maradona himself about his life. It’s therefore kind of surprising that we don’t hear much from the Argentine about his escapades, which suggests that he wasn’t a great interviewee. Kapadia has to rely on his friends and ex-girlfriends to tell the story, but the fact that he chooses to limit this tale to the well-documented years when Maradona plied his trade at Napoli is disappointing.

The hypothesis that Kapadia pushes in the film is one delivered by Maradona’s fitness trainer Fernando Signorini. He posits that there are two personalities at work: Diego the poor, vulnerable boy from the slums of Buenos Aires, who is a loveable guy, and Maradona, the public figure, the footballer, the star, the ego. But it’s a cliché to split the public and private life of a celebrity in this way, and here it also serves to make us wonder why Kapadia has chosen to make a movie about Maradona, rather than about Diego, who seems more interesting and likeable. The other assertion is that Maradona’s failure to recognise his illegitimate child took a huge mental toll on the midfielder.

Yet we learn nothing about why the footballer has a Che Guevara tattoo, about his years spent with Fidel Castro in Cuba, or why the interviews with him are being conducted in Dubai. The footage of the football, the celebrations and the partying also gets overplayed. There is not enough on his mafia ties – or even enough of Maradona’s voice. But with two of the great directors of our times failing to make a definitive film about Maradona, maybe we should just let footage of his left foot do the talking.

Diego Maradona is a Lorton Entertainment (UK) presentation of an On The Corner film. Its international sales are overseen by Altitude.

“Most people know the latter Maradona, when he was a beast”

CANNES 2019: We caught up with British director Asif Kapadia to discuss his insightful documentary Diego Maradona, screening out of competition

“We are very happy because people came back to the cinemas”

We chatted to Sandra Seeling Lipski, founder and director of the Evolution! Mallorca International Film Festival, the eighth edition of which will unspool on the beautiful island from 23-29 October 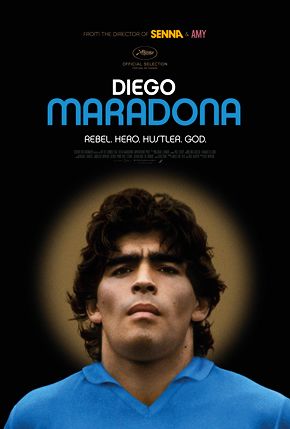 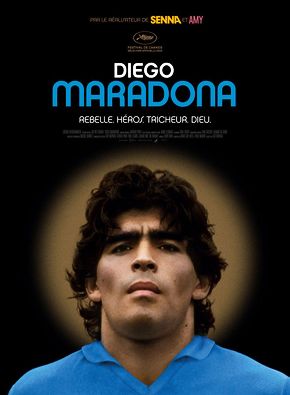 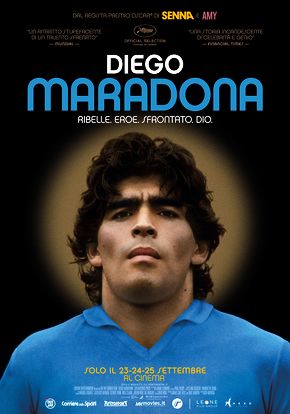 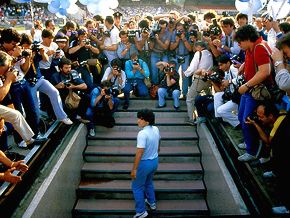