18/05/2019 - CANNES 2019: Following her acclaimed feature debut, Wolf and Sheep, Shahrbanoo Sadat continues to explore the recent history of Afghanistan through the eyes of children

They are mankind at its strongest, and they can fill the screen like the very best of them – children. In her debut feature, Wolf and Sheep [+see also:
film review
trailer
interview: Shahrbanoo Sadat
film profile], director Shahrbanoo Sadat portrayed a shepherd village in her native Afghanistan through the eyes of the girl Sediqa and the boy Qodrat – “played” with great empathy by amateurs Sediqa Rasuli and Qodratollah Qadiri, two 11-year-olds who forge a secret friendship in a remote world with myths, legends and traditions all of its own.

An instant hit, the docudrama-like Wolf and Sheep won the main award in the Cannes Directors' Fortnight in 2016 and successfully conquered the arthouse circuit. On at least one occasion, Sadat was dubbed a “mega-talented” successor of Abbas Kiarostami, and her name would invariably turn up on various contenders-to-watch lists.

Our contender now returns to the very same Cannes section this year with The Orphanage [+see also:
trailer
interview: Shahrbanoo Sadat
film profile], more of a classic fiction narrative compared to its predecessor. Once again, Sadat has cast young Qadiri in the lead – whether he may indeed be the village boy from Wolf and Sheep is not made clear, but is certainly possible. Qodrat sleeps in a scrapped car wreck, and peddles key rings and scalps cinema tickets in Kabul. The year is 1989, during the pro-Soviet days of Afghanistan, something this 15-year-old stray dog seems fairly unaffected by. His main concerns are food for the day and Bollywood cinema, not necessarily in that order. In a bid to escape harsh reality, delving into a fantasy world full of sturdy heroes, fair damsels, romance, music and bright colours is a bare necessity – for Qodrat and many like him.

But soon, reality hits back. Qodrat is busted for his illegal activities and brought to a juvenile detention facility known as “the orphanage”. Run by the Soviet regime, here the young urchins are given living quarters, put in school and gently nudged towards being good little comrades. For Qodrat, it’s a clear upgrade. He gets regular meals, new friends and a bit of an education. Even the Russian teacher seems nice. Let’s face it: the key ring/ticket racket wasn’t exactly booming.

Others have a harder time of it, like the red-haired Fayas, who winds up at the bottom of a pecking order established by Ehsan, a regular rotten egg who runs “his” dorm through hands-on abuse. Representatives from all walks of life gather here: the rough and the meek, hailing from different ethnic and religious backgrounds. Classes are mixed, and one of the girls catches Qodrat’s eye. She is played by, lo and behold, Sediqa Rasuli, who may or may not be the village girl. It’s a sweetly subdued and subtly poetic scene.

The same cannot be said about the fantasy sequences going through Qodrat’s head from time to time, evolving into brash Bollywood kitsch, lovingly staged in Z-movie fashion. The scenes intentionally clash with the overall, sometimes harrowing social-realist tone. A delightful episode where the “orphans” get to fly to the Soviet Union and visit a Pioneer camp manages to feel quite fantastic in itself, but is actually real enough. Sadat clearly enjoys playing the viewers’ senses, right up until the very end.

The Orphanage, a likely new hit from a talented filmmaker, is announced as the second part of a planned pentalogy. The basis for all five stories is, as mentioned in the credits, “Anwar Hashimi’s unpublished diary”, a document entrusted to Sadat’s hands by a close friend, originally from a shepherd village. Indeed, the notion of Anwar Hashimi and Shahrbanoo Sadat being the original 11-year-old friends is starting to make more and more sense. The prospect of Sediqa and Qodrat yet again filling Sadat’s screen seems very feasible, and also something to look forward to – greatly, at that.

The Orphanage is a Danish-German-Luxembourgish-French-Afghan production staged by Adomeit Film in co-production with Adomeit Film UG, La Fabrica Nocturna Cinéma, Samsa Film and Wolf Pictures. The world sales are handled by France’s Luxbox.

more about: The Orphanage

CANNES 2019: Afghan director Shahrbanoo Sadat breaks down The Orphanage, the second part of a planned pentalogy that began with the acclaimed Wolf and Sheep

Greece’s Cora by Evi Kalogiropoulou has taken home the €20,000 Eurimages Co-production Development Award from the 38th CineMart awards ceremony, which was held online

"Films which aren’t simply products, but which are actually directors’ visions"

Paolo Moretti, the new artistic director of Directors’ Fortnight at Cannes, talks about the choices made during his first experience of leading this selection process

“It’s important to adapt to new industry trends; that’s why we’re opening up our funds to documentaries” 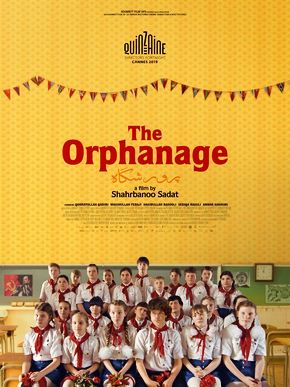 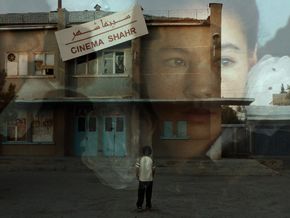 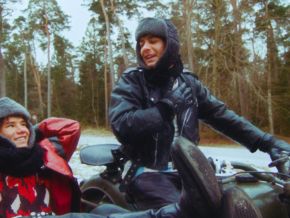 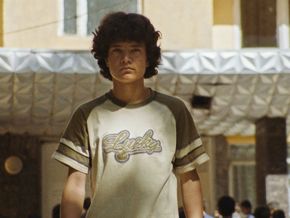 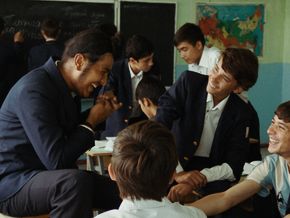 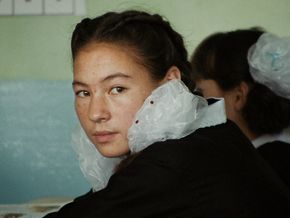 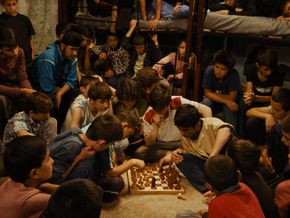 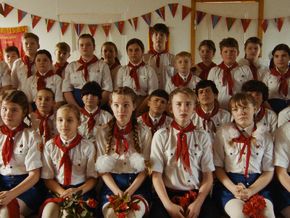