19/05/2019 - CANNES 2019: Co-produced by France, the new film noir by Chinese director Diao Yinan, who triumphed at the Berlinale 2014 with Black Coal, Thin Ice, is a work of stunning virtuosity

It’s under the torrential rain and amidst the reflections of the yellowish lights shining down onto a train station concourse opening out into the night that Wild Goose Lake [+see also:
trailer
interview: Diao Yinan
film profile] by Chinese filmmaker Diao Yinan first opens - a film presented in competition at the 72ndCannes Film Festival. We see a man on tenterhooks, spying his surrounds and half hidden by a large pillar, approached by a woman who isn’t the one he’s been expecting and whom he doesn’t know. And so it happens that we are thrust directly into the action of this exciting, lightening-speed, on-the-run film noir and phenomenal game of hide and seek, awash in a frenzy of decors and extras, where the impressively controlled mise en scène is on a par (though at a totally different velocity) with the director’s previous opus, Black Coal, Thin Ice, winner of the Golden Bear award and the accolade for best actor in Berlin 2014.

"Should I trust you?". This question will resurface a number of times as Yinan dives into the universe of Jianghu, the Chinese mobster world and the fringes of society. And it’s through a series of flashbacks, linking back to the present-day action superbly, that the filmmaker sheds light on how the swollen-faced Zhou Zenong (Ge Hu) comes to meet with the beautiful and highly detached Liu Aiai (Gwei Lun Mei). Two days before, during a meeting to divide up territory between local criminals (a gathering reminiscent of Fritz Lang’s M), an argument broke out. One of Zhou Zenong’s wingmen (fresh out of prison after several years behind bars) shoots at Cat’s Ear, one of the two brothers heading up a rival “family”. One huge brawl and one deadly act of vengeance later, in a swarm of scooters streaking through the night, Zhou Zenong finds himself pursued by the second brother, Cat’s Eye. In a fit of bad luck and blinded by the rain, Zhou mistakenly kills a police officer and finds himself on the wanted list of the authorities too, with a 300,000-yuan reward on offer for his capture; a tempting sum, to be sure. Sent by Hua Hua (Qi Dao) to help Zhou Zenong make contact with his ex-wife Yang Shujun (Wan Qian), Liu Aiai, who is actually a "bathing beauty" (a prostitute) deploying her charms around Wild Goose Lake, will find herself entangled in the whirlwind engulfing Zhou Zenong; because the latter would like to hand himself in for his ex-wife, who could do with the money, but he has no desire to die. And there’s no shortage of opportunities for him to lose his life …

A dizzying, frenetic plunge into the winding and over-populated working-class districts of the city, Wild Goose Lake is an exceptional auteur film and noir. Each and every shot is well worth the detour in this sea of coup de force visuals (a very special mention goes to Director of Photography Jingsong Dong), on which the plot never lingers; instead, it takes them in as it twists and turns torrentially (as written by the filmmaker himself), blasting its way through a three-day period, broken up by some nice atmospheric moments where all the actions slows. It makes for a dazzling, labyrinthine journey through a criminal underworld. Here, violence plays an eternally cathartic role and sometimes bursts with black humour, making great use of the laconic and darkly romantic charisma of the two main actors and confirming the immense, fascinating and highly entertaining talent of Diao Yinan.

more about: The Wild Goose Lake

"I very much want to rely on the visual language, rather than on dialogues"

CANNES 2019: We met up with Chinese filmmaker Diao Yinan, who is participating for the first time in the Palme d'Or competition with his new film The Wild Goose Lake

At its sixth Sino-European Project Lab, Bridging the Dragon met up with Zhu Dan, producer at Shanghai Film Group, one of the largest film groups in China 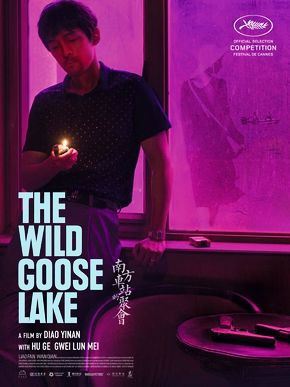 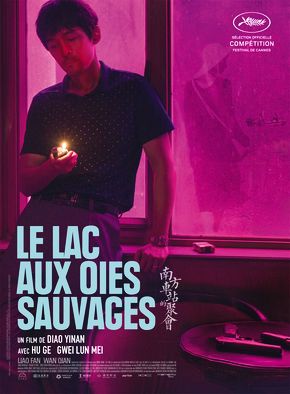 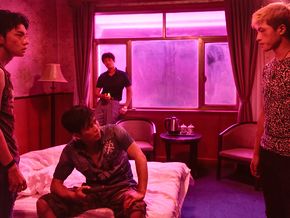 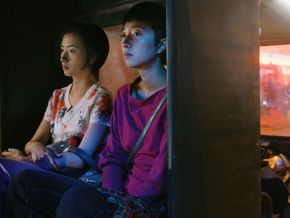 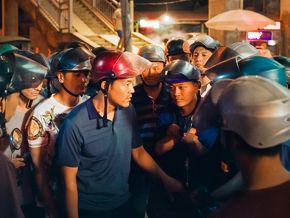 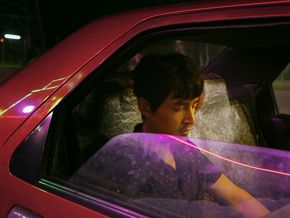