20/05/2019 - CANNES 2019: Erwan Le Duc cooks up a clever feature debut by approaching the topic of love at first sight from an offbeat and protean comic angle

Swann Arlaud and Maud Wyler in The Bare Necessity

“True love is unpredictable, an accident, an enchantment, and it answers the real question: is the life you are living truly yours?” This beautiful sentimental assertion from Thérèse Perdrix (Fanny Ardant), who hosts a radio show open to listeners from inside her garage, is also a supremely risky topic for a feature debut. But young French filmmaker Erwan Le Duc has come up with a clever approach to recycle this theme as old as time and already brought to the screen in every way possible and imaginable. A wacky romantic comedy set in a tiny town lost in the woody mountains, The Bare Necessity [+see also:
trailer
interview: Erwan Le Duc
film profile] is playing in the 51st Directors’ Fortnight at the 72nd Cannes Film Festival.

To our left stands Juliette Webb (Maud Wyler), a very spirited and unattached young woman who has her car and all her possessions stolen from a rest area by a nudist belonging to a local revolutionary group seeking to eradicate all “superfluous” things. To our right is gendarmerie captain Pierre Perdrix (Swann Arlaud), a 37 years old bachelor who lives at the family house with his mother Thérèse, his brother Julien (Nicolas Maury) and the latter’s adolescent daughter Marion (Patience Munchenbach). Things are particularly quiet at the gendarmerie, and when Juliette (who does not generally mince her words) bursts in, it’s like an electric shock to Pierre’s routine — the skirmishes between the two characters have the distinctive flavor of instinctive attraction. Will it be enough to take the captain out of his quiet and resigned lifestyle? And will Juliette accept to compromise on her extreme character and behaviour?

Thus spelled out, the film’s plot might appear extremely classical. But the borderline burlesque tone which consistently imbues its portrayal of local daily life (most notable is the club that stages reenactments of World War Two battles), and the little adventures weaving themselves around the Perdrix home, give the film a unique identity and a great many funny moments. Nevertheless, this very narrative simplicity (in the family side-plots especially) and the compulsive resort to humour, ultimately limit the film’s impact, and The Bare Necessity owes much of its overall success to its two leads.

Produced by Domino Films, The Bare Necessity is sold internationally by Playtime.

more about: The Bare Necessity

"When you’re telling a story, it’s a question of conveying emotion"

CANNES 2019: Erwan Le Duc tells us about his feature debut, The Bare Necessity, screened in the 51st Directors’ Fortnight

Série Series 2022: Can fiction make the world a better place?

The 11th edition of the event, at once a reflective space for the industry and a rendez-vous for screenings and works in progress, will unfold from 30 June to 2 July in Fontainebleau

Erwan Le Duc’s project features among the selected works for 2021, alongside others by Emmanuelle Nicot, Kamal Lazraq, Stephan Castang and Pierre Földes 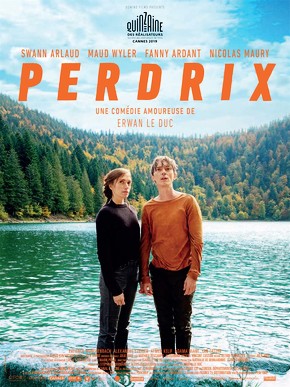 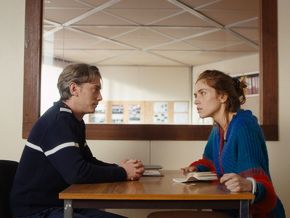 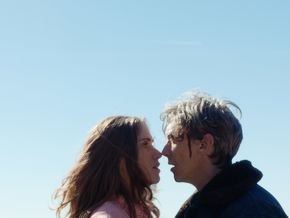 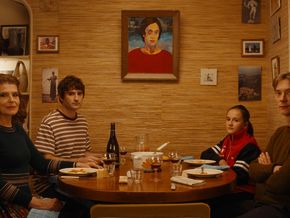