22/05/2019 - CANNES 2019 : Blaise Harrison is a revelation with his feature debut, a teen movie with a very personal style at the crossroads of fantasy and quantum physics

“Me too, sometimes, I wake up and the world isn’t the same, as if it had changed and nobody else noticed”. Topics such as the limits of human perception, the possibility of parallel dimensions, mysteries, and beliefs have always offered artists a large a space for exploration. However, it is much rarer to see them use real, sophisticated scientific research to enrich their earthbound fictional stories. Yet that is the hybrid, audacious direction chosen by Blaise Harrison in his feature debut, Particles [+see also:
trailer
interview: Blaise Harrison
film profile], a discovery in the 51st Directors’ Fortnight of the 72nd Cannes Film Festival.

The story’s classical basis is the coming-of-age process of a teenager: the film shows us the high-school friends he plays prog rock and tries various drugs with; the awkwardness of first love; his exacerbated perception of the world; his eager mind open to uncertainties, etc. On top of this foundation, the director lays a passionate dive into the mysteries of physics, which are embodied by the LHC (Large Hadron Collider) of the CERN (the European Organization for Nuclear Research), the most powerful particles accelerator in the world. Built to provoke collisions between protons, in is conceived to recreate the energy conditions of the Big Bang and to detect as-yet-unknown particles. It is located in the Pays de Gex where lead character P.A. (Thomas Daloz) lives, an intermediary place between the Geneva metropolis and the wilder greenery of the Haut-Jura. This 17 miles wide high-tech underground ring explores the frontiers of the mysteries of the real, just as the teenagers of the film are approaching the threshold of adulthood: they experiment, provoke and question themselves, worry sometimes… Such is the state of mind of the withdrawn P.A., a solitary soul who observes the swarms of birds in the sky, and who every day sinks into his seat on the bus taking him to the Cité Universitaire of Geneva. There, he meets his group of friends, a quartet led by Mérou (Salvatore Ferro). Band rehearsals, parties, visits to the drug dealer (who plays a survivalist video game): P.A. sticks to the band until he meets Roshine (Néa Lüders), to whom he progressively reveals what is hiding within himself (“weird things are happening in my brain”). Then occurs a dramatic event that will deepen his immersion into invisible phenomena…

Working with a great number of variations on the concept of frontiers (that between France and Switzerland, realism and fantasy, documentary and fiction, knowledge and belief, the visible and the invisible, adolescence and adulthood, the serious and the futile, etc.), Blaise Harrison offers a very original film that is simultaneously simple and complex. But it is mostly in the way the filmmaker stages and shoots this story that he proves himself a very promising talent, leaving a truly personal mark on the visual and acoustic palette of a film that literally penetrates the mind of the viewer (if the latter is inclined to let himself be carried away).

"A deregulation of everyday life slowly establishes itself" 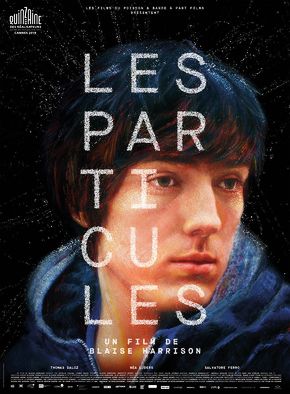 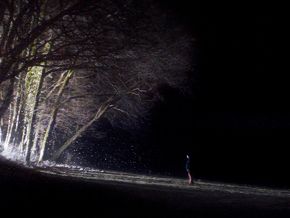 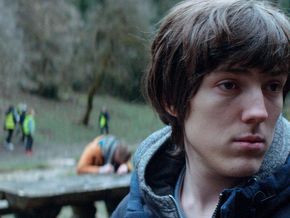 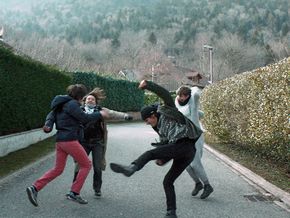 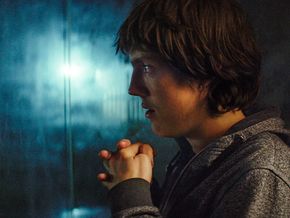