24/05/2019 - CANNES 2019: In Lorenzo Mattotti's film, what starts off as an animation for kids morphs into a wonderful tale of cultural appropriation and colonisation

On the surface, Lorenzo Mattotti’s The Bears’ Famous Invasion of Sicily [+see also:
trailer
interview: Lorenzo Mattotti
film profile] is a likeable animation told with an innocent voice that is perfect for children. But halfway through the film, the story is turned on its head and thus takes a profound turn, as suddenly the story of bears interacting with humans becomes a tale of cultural appropriation, alternative histories and colonisation.

The original story was written in 1945 by Italy’s Dino Buzzati and was published one chapter at a time by the Corriere dei Piccoli magazine. It was only two years later, when gathering the works together for a book, that the author added the radical second part of the story. It’s now been adapted for the screen by Jean-Luc Fromental and Thomas Bidegain, who penned the Palme d’Or winner Dheepan [+see also:
film review
trailer
Q&A: Jacques Audiard
film profile] and is a master of turning conventions on their head.

The first part sees two human storytelling performers stumble into a cave and meet a bear, and in an effort to endear themselves to the beast, they recount the legendary tale of a great bear king whose son goes missing and so takes his clan down from the mountains and into the world of humans. After escaping monsters and defeating an evil duke, the bears and the men live happily alongside each other, the baby bear is found, and they live happily ever after...

Then comes the great twist, when the bear laughs off this story he has just been told and asks, “Is this how humans recount the tale?” before explaining how the bears become more like humans, the son going off the rails as they do so, and how their community becomes dispersed and disunited. The original story was often thought of as equating the bears to communists during World War II.

As with the best cartoons, those who don’t want to delve any deeper will also be satisfied by the ebullient storytelling and the animation, which is influenced by symbolism and impressionism. The hand-drawn 2D illustrations look beautiful and place the emphasis on shapes over realism. The drawings take their lead from Buzzati’s own designs. There is some great use of colour, and each section has its own palette. The character of the bear in the cave, Gedeone, is modelled on Commedia dell’arte figures like the Harlequin or Pulcinella. Indeed, a lot of the designs are baroque.

Although this is the long-time The New Yorker cover artist Mattotti’s debut film as a director, he is no stranger to film festivals. He designed the poster for Cannes in 2000 and has also contributed to films that have played at Toronto and Rome. The desire to make subversive movies may also stem from his time working with Michelangelo Antonioni.

While this may make The Bears’ Famous Invasion of Sicily sound quite highbrow, the picture manages to avoid pretentiousness in both its design and its narration. It is very much aimed at families and is told in a classical style – a real joy.

The Bears’ Famous Invasion of Sicily is a French-Italian co-production staged by Prima Linea Productions, France 3 Cinéma, Pathé and Indigo Film, with RAI Cinema and with the participation of Canal+, Ciné+ and France Télévisions. Pathé International is in charge of its international sales.

more about: The Bears' Famous Invasion of Sicily

"The joy of telling a tale with colours – it’s a form of energy; a love for life"

In the new Sky Original series, Edoardo Pesce plays a suburban slugger who gets stigmata on his hands and starts performing miracles

The collapse of Prima Linea sounds the alarm for European animation 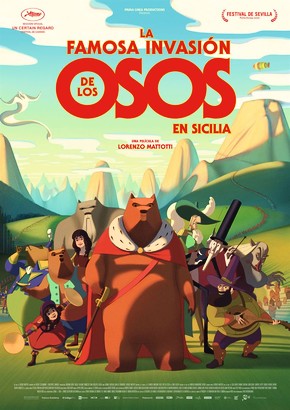 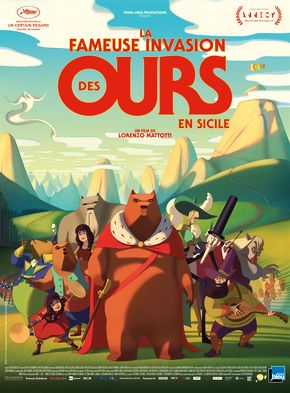 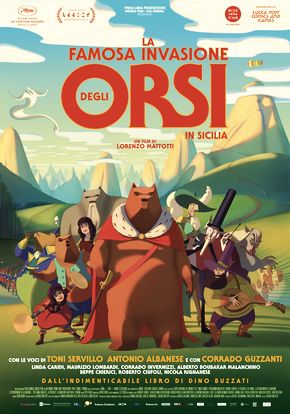 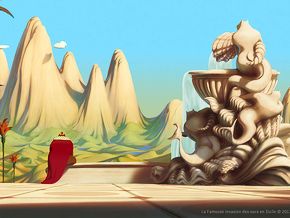 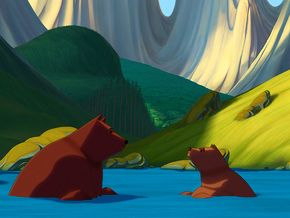 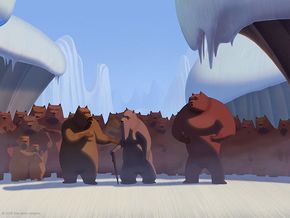 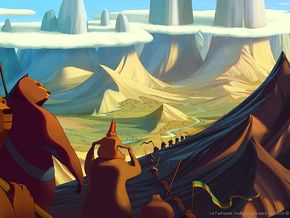