Although it’s uncool to say so, Brazilian telenovelas are one of the world’s great audiovisual treats, famed for melodrama and epic storylines, and keeping a nation gripped like few other shows can. The spirit of those soaps and also the heritage of American director Douglas Sirk can be found in Karim Aïnouz’s audacious adaptation of Martha Batalha’s 2015 novel The Invisible Life of Eurídice Gusmāo [+see also:
trailer
interview: Karim Aïnouz
film profile]. Playing in Un Certain Regard at Cannes, Aïnouz (Madame Satā) has condensed the book, which spans several decades from 1934 onwards, down to deal with only the 1950s, a decade that is quickly established as one when women are still considered the property of their fathers and husbands, but will bring about the dawn of change. Aïnouz retains the epic scale of the literary work, telling the story of a divided family with classic framing and structure. The camerawork by Hélène Louvart is sumptuous throughout and changes to a more gritty style for some key sex scenes.

The story is told as a series of letters between two sisters, Eurídice (Carol Duarte) and Guida (Julia Stockler), who are forced apart by circumstance. While they may not see each other, they both continue to challenge the patriarchy they are living in. Guida, the eldest by two years, is rebellious and wants change, while 18-year-old Eurídice is training to be a concert pianist. They both dream of lives away from their domineering Catholic baker father (António Fonseca): Eurídice wants to go to a conservatory in Vienna, and Guida just wants to go anywhere. Guida’s decision to escape the stranglehold of the family and elope with a sailor challenges the family norms and causes a permanent rift with the traditional, nuclear family-orientated father. From this moment on, Guida and Eurídice are split apart and follow different paths.

It is one of the tropes of cinema that when siblings – usually twins – are split up and live thousands of miles apart, the story demands that one lead a successful life and the other one of struggle. But here, both women fall into the latter category. It turns out that a sailor does indeed have a girl in every port, and the pregnant Guida realises she is one of the many. Headstrong, she leaves her husband and returns home only to discover that Papa is not in a forgiving mood. Now she has to survive as a single mother, and just how hard it is to do so becomes apparent when she tries to obtain a passport for her child but is told she needs the father’s signature.

Eurídice gets married, and it’s in the bedroom or bathroom that Aïnouz brings the storytelling into the modern era by making the sex scenes between them brutal, with the use of more contemporary music in the background. Falling pregnant, Eurídice has to cope with being a mother and a professional pianist at the same time, and give up on some of her dreams along the way. Both women live stories of resistance, and the quality of the storytelling is such that the near-miss moments of almost seeing each other don’t feel too clichéd.

The performances by the female leads are exemplary, and there is an added bonus for fans of Brazilian cinema (and also another tie between the past and the present) with an epilogue that is notable on account of the appearance of legendary Brazilian actress Fernanda Montenegro. It is classic storytelling that will delight those who like their dramas full of twists and turns, with pain and anger, in a film that highlights the changing position of women in society.

more about: The Invisible Life of Eurídice Gusmão

CANNES 2019: Karim Aïnouz spoke to us about this year’s Un Certain Regard Prize winner, the Brazilian-German co-production The Invisible Life of Eurídice Gusmão

BERLINALE 2020: Uruguay director Alex Piperno makes his debut with a fantastical tale about a sailor who travels through space and time aboard a cruise ship with magical portals

Heaps of dead rats and a burning stroller: office bullying takes on a severe dimension in Visar Morina's sophomore film

This year’s Seminci Golden Spike is bound for Mongolia 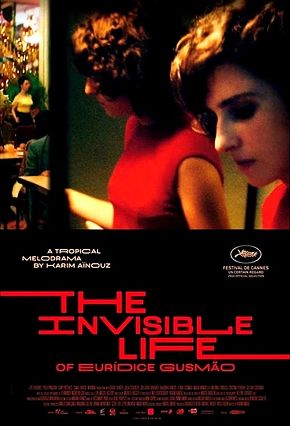 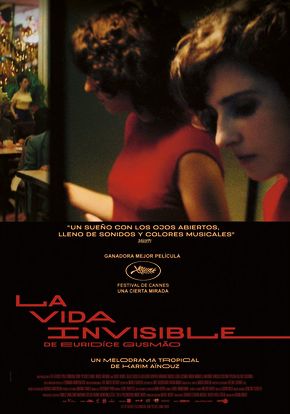 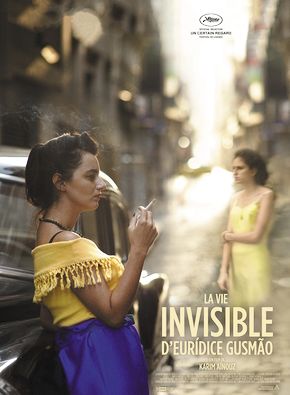 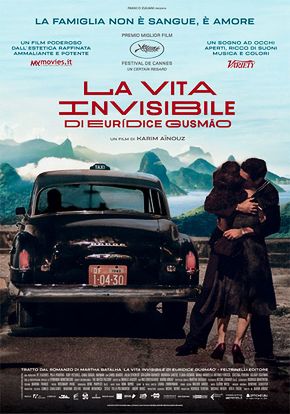 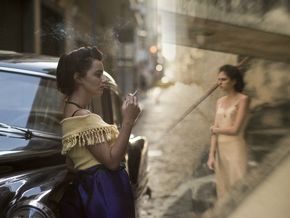 BERLINALE 2020: We sat down with Lisa Weber, the director of the documentary Running on Empty, which has premiered in the Berlinale’s Panorama section