There is an inside joke in documentary circles: the first film by any burgeoning director is usually about their grandmother. Palestinian filmmaker Juna Suleiman is no beginner, having worked as a casting director for Elia Suleiman and Eran Kolirin, and made a number of short and mid-length films, but her first feature-length documentary, Mussolini's Sister [+see also:
trailer
film profile], which world-premiered in the IDFA's First Appearance section and is now screening in Docaviv's Israeli Competition, is indeed about her grandmother.

The film opens in an ironic manner - quite fitting considering its protagonist. As the camera snakes through a Nazareth apartment, a woman's voice is telling a sad story about lost love, set to sweeping sentimental music. But when the source of the voice is revealed, we realise the woman we are hearing is 85-year-old Hiam, lying in her bed and reading out a letter sent to a newspaper advice column.

The whole film is set in Hiam's flat, barring a couple of her visits to a hairdresser, as she goes about her day-to-day business with few kind words for anyone, especially the maids (paid for by the insurance company) that she keeps complaining about. Her son sometimes comes to visit, and he is one of the targets of her constant nagging, so they always get into arguments. But there are moments of closeness, too, if not exactly tenderness.

After we have had a thorough introduction to this harsh character, with her strong opinions, tough attitude and foul mouth ("Is that Barack Obama on TV? Piece of shit!"), we learn about the origin of the film’s provocative title. Mussolini was indeed the first name of one of her brothers, and another, who died in infancy, was named Hitler. There is no insight into why her parents would have been fans of the two fascists, but some of Hiam's own comments are borderline racist.

Mussolini changed his name to Maurice and was a rich, generous and popular person, judging by Hiam's fond memories and VHS footage of his wedding in Europe. But then again, the film is billed as a "documentary with a dash of fiction", and it is impossible to tell where the line between the two forms lies.

The timeline of the shoot, which took several years, is not really clear, as TV or radio news in the background cover the war in Syria ("Kill them all, Assad!" exclaims Hiam's son), a speech by Obama but also Queen Elizabeth's 2012 Jubilee. Suleiman mostly stays away from local politics, and we can only deduce that Hiam is a Christian Arab and that her husband ("a terribly difficult man") was a prominent communist.

It is an almost completely unsentimental film with a protagonist that is simultaneously likeable and offensive for the viewer, which is rare for grandmother-themed movies. Technically, it is quite creative within the limits that it imposes on itself. The sound design by Suleiman and Michael Goorevich is clever, as while Hiam is shown having conversations with people on screen, short bursts of her own voice-over are inserted in between lines of dialogue to add more information about her opinions of the people she is talking to. The whistling feedback sound from the old lady’s hearing aid is often used, amplifying the effect of the claustrophobic setting.

Mussolini's Sister is a co-production by Israeli-based Palestinian companies Majdal Films and Qumra House, and Majdal has the international rights.

Honeyland and Advocate triumph at Docaviv

The Macedonian hit has bagged the main award; winners in the Israeli competition also include Once Upon a Boy, Mussolini's Sister, Leftover Women and There Are No Lions in Tel Aviv

Yonatan Nir and Dani Menkin's Picture of His Life will open the 21st edition of Docaviv, set to take place from 23 May-1 June and screen over 120 films 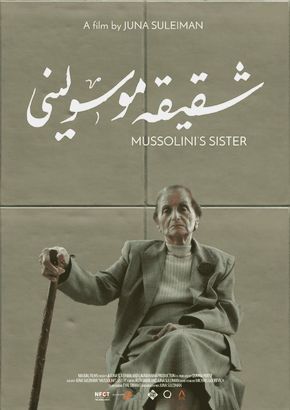 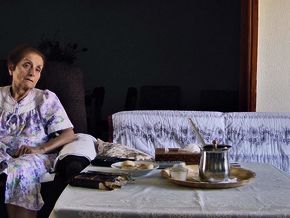