Decorated with the Audience Award at the latest edition of the DOK.fest München, Another Reality [+see also:
trailer
film profile] is the first documentary by the directing duo comprising Noël Dernesch and Olli Waldhauer. Both filmmakers are known for focusing their artistic energies on marginalised social groups who manage to survive through the strength of their ideas. Swiss national Noël Dernesch made a name for himself with his documentary Journey To Jah (2013), which was presented in numerous festivals, including Doclisboa and the Sarajevo Film Festival, scooping the DEFA Foundation Funding Award at the Max Ophüls Prize Film Festival and the Audience Award at the Zurich Film Festival. Journey To Jah examines issues relating to integration and border crossings by way of music, an invisible string which binds human beings together beyond notions of national borders.

In the documentary Istanbul United (2014) meanwhile, Olli Waldhauer (in tandem with Farid Eslam) took an up-close and personal look at another unexpected social phenomenon: three big Istanbul football clubs (notorious rivals, no less) who joined together to support demonstrators participating in the Gezi Park protests. The film was presented at the Istanbul Film Festival and at Karlovy Vary among others.

Their latest offering, Another Reality, is a documentary characterised by strong and somewhat awkward characters who lay themselves unexpectedly bare before the camera, and whose daily lives consist of criminal activities - where testosterone reigns supreme -, sports cars and gangster rap. They show us their world, a whole other reality - as indicated by the film’s title – to which we are often barred entry. With incredible sincerity and depth, they reveal their dreams, the reality of their unwieldy day-to-day life and the precariousness of a future which is far from clear.

The bosses filmed by Noël Dernesch and Olli Waldhauer invite us to enter into their universe, which is light years away from the clichés usually associated with Germany; because these characters are, of course, German, the product of immigration and a form of multiculturalism that isn’t always easy to negotiate. Their identity revolves around notions of family and honour, all wrapped up in a highly stereotypical concept of virility where only “real men” who are “brave” and physically imposing can make it through.

In this wholly masculine universe, women belong to one of two categories: “real ladies” - delicate beings whose honour should be defended as a matter of pride - or prostitutes. But, thanks to the particular look that is cast by the directing duo, the mask of these testosterone-fuelled, steel-muscled men does seem to slip. The naturalness and aesthetic poetry of the scenes showing the film’s protagonists at the barbers having their hair washed or their eyebrows plucked, for example, or where they discuss their time spent in prison, allows the viewer to see beyond the tough exterior of these characters. The respect the two directors feel towards the individuals they film is made clear by their determination to show their protagonists for who they truly are, with all their virtues and foibles and imprisoned in a world which is dominated by extremely strict codes. It’s left to the audience to decide whether to judge or to try to understand them. There are no female characters worthy of a mention; music alone (and hip hop in particular) shares the stage with these men - a muse and a lifeline by which the film’s protagonists make their cry of rebellion heard. In this film another kind of integration is portrayed, achieved by way of hip hop and male solidarity, as these men search for a form of happiness which appears, at times, utopian.

Another Reality is likely to be released in German and Swiss movie theatres in the autumn. The title is produced by Elemag Pictures in co-production with CognitoFilms, It’s Us Media, 27 Kilometer and with the support of Rudfunk Berlin Brandenburg-RBB, WDR-Westdeutsche Rundfunk, ARTE and SRF Schweizer Radio und Fernsehen. International sales are entrusted to Magnetfilm.

more about: Another Reality

“Collaboration and teamwork are always a good start into a solution”

Producer Tanja Georgieva-Waldhauer, of German company Elemag Pictures, one of EFP’s 2020 Producers on the Move, discusses her career and the current situation 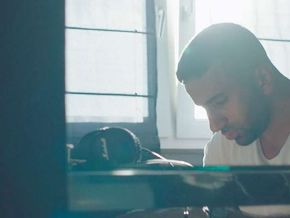 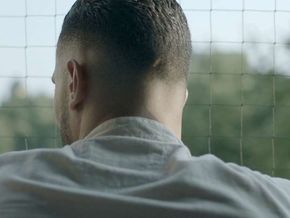 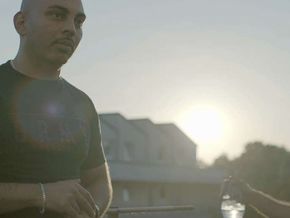 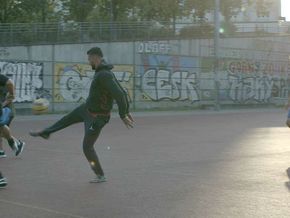