Of all the former communist countries, Romania seems surprisingly reluctant to use (and, to a certain extent, atone for) its oppressive past in cinematic productions. Radu Jude, who has become an unfailing redeemer of history by tackling topics such as Gypsy slavery or the Romanian Holocaust, now has a worthy companion: Andrei Cohn, whose second feature, Arrest [+see also:
trailer
interview: Andrei Cohn
film profile], shows what happens in a prison cell in the 1980s, when an innocent architect is relentlessly interrogated for minor transgressions against the regime. After winning the Romanian Days Award for Best Feature at the 18th edition of the Transilvania International Film Festival (31 May-9 June, Cluj-Napoca – see the news), later this month, Arrest will meet an international audience in the East of the West competition at Karlovy Vary.

The film starts with a conversation between a convict (Iulian Postelnicu, who instantly replaces Vlad Ivanov as the go-to actor for villainous parts in Romanian cinema) and the chief warder of a communist prison. Their cryptic conversation lingers after an ominous “I can do anything you ask, but not that”, and then the story switches to its second protagonist, a man (Alexandru Papadopol) who is spending his holidays with his family at the seaside. Picked up by the police for alleged routine questioning, he will soon end up sharing a cell with Vali, Postelnicu’s character, and be thrown into a nightmarish, claustrophobic, bruise-inducing whirlwind of shouts and kicks.

At a little over two hours long, Arrest is aided greatly by the nuances in Postelnicu’s performance, which incorporates pretty much everything we would imagine – from the comfortable distance of the three decades that have passed since this dark period in Romania’s history – that a petty man with short-lived power can do to another whom he deeply despises.

Vali’s brutal ways of making his victim confess to various deeds (as insignificant – to us, at least – as watching a black-listed film on VHS or listening to Radio Free Europe) will make the audience wince, with some even averting their eyes from the expertly depicted violence. The torturer deftly switches from physical abuse to perverse, exhausting cat-and-mouse conversations, where he is the only one who can negotiate the terms and set in stone the meanings of the words that are spoken.

Romanians should embrace this film that explicitly shows them the absurd descent into hell that everyone knew was happening behind the walls of the country’s prisons, but which most preferred not to acknowledge, deeming the rumoured deaths to be a frightening advertisement for the all-powerful Securitate. Arrest is not a perfect film, with the interrogation at times becoming too repetitive and the relationship between the two protagonists being intentionally (but somewhat disappointingly) unbalanced. Nevertheless, it has the courage to show what many tried to forget, which places Arrest in the same category of functional, necessary cinema as Radu Jude’s Aferim! [+see also:
film review
trailer
interview: Radu Jude
film profile] and “I Do Not Care If We Go Down in History as Barbarians” [+see also:
film review
trailer
film profile].

Arrest was produced by Mandragora. The film will meet the domestic audience in September, when it will be released by Mandragora’s distribution arm, Iadasarecasa.

“I was more interested in showing how it had been possible to cohabit, day after day, with this madness”

We caught up with Romanian director Andrei Cohn, whose second feature, Arrest, was shown in the East of the West competition at Karlovy Vary

Ghost Tropic and A Certain Kind of Silence were among the European movies awarded during the 41st edition of the CIFF, as the event attained Oscar-qualifying status 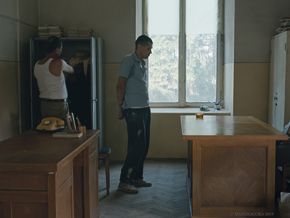 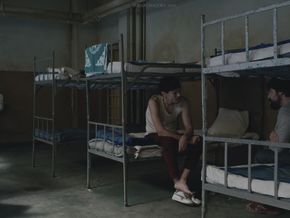