11/06/2019 - Kristof Bilsen’s beautiful doc focuses on a caregiver in Chiang Mai, Thailand, who works in a home for European Alzheimer’s sufferers

Kristof Bilsen continues to establish himself as a gifted documentary voice with MOTHER [+see also:
trailer
film profile], a beautiful and sensitive character study of a Thai Alzheimer’s carer. The film world-premiered this week at the Sheffield Doc/Fest, where it is in competition for the International Award. His longest and most fully formed feature to date offers a more global perspective on the neurodegenerative illness than other docs and fiction features made on the subject thus far. Kirsten Johnson (Cameraperson) lends the film an executive-producer credit, and indeed, MOTHER does have traces of the sensitive, eclectic gaze seen in her work.

Expanding on the mode of his previous film, Elephant’s Dream, Bilsen skilfully intertwines various character studies; his subjects tend to be individuals struggling to make the best of demanding and precarious work. MOTHER’s primary figure is the headstrong, resilient Pomm, a carer at a nursing home with an exclusively European clientele. She is a specialist in Alzheimer’s care, and is deeply and touchingly dedicated to her work, despite a non-permanent contract leaving her with uncertain long-term prospects. Bilsen privileges her home life as equally important: to earn a living, she has to contend with the sacrifice of being apart from her three beloved children (from two previous partners) for months on end, who live with their grandmother and father, respectively.

Rather than narrowing his focus to zero in on the struggle of living with the disease, Bilsen asks wider-reaching questions about the condition of the modern family and the nature of care. The patients that Pomm is assigned are all from well-to-do Swiss-German middle-class families, and we’re afforded cross-cut segments showing their own very different struggles. Without judgement, we see a Swiss family make the decision to send their ailing mother halfway across the world for treatment. In tandem with Pomm’s own fractured family life, the film gives a vision of the 21st-century family where care and intimacy are always deferred, the burden taken up by a more impartial outsider. This is accelerated by families wealthy – and, maybe, indifferent – enough to seek outside support, and the lower-paid workers whose own labour should be better remunerated.

In more formal terms, Bilsen really flourishes here: every moment, insert and cut in the film is judged impeccably. He finds clever techniques to present the different phases of the story: we see well-lit, pristine, HD footage intercut with more ragged-looking, handheld scenes, shot from a first-person point of view (the credits list Pomm herself as a camera operator, most likely for these sequences). Alternating voiceovers from Pomm and the daughter of one of her patients fill in the vital backstory to the sometimes-painful images we see. At a svelte 82 minutes, its one flaw is perhaps its brevity: there’s scope to delve even further into this topic, especially as the film was assembled from three years of principal photography. But for now, Bilsen’s skill in bringing to light these hidden global stories is compensation enough.

MOTHER is a Belgian-Dutch co-production by VRT-Canvas, RTBF – Unité de Programmes Documentaires and EOdocs. Its international sales are courtesy of Germany’s Deckert Distribution.

Kristof Bilsen’s beautiful doc focuses on a caregiver in Chiang Mai, Thailand, who works in a home for European Alzheimer’s sufferers 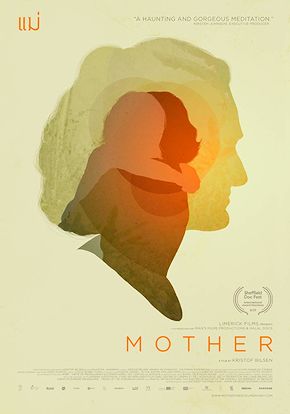 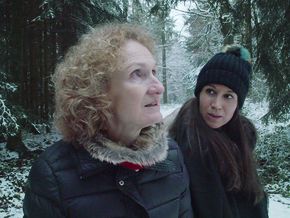 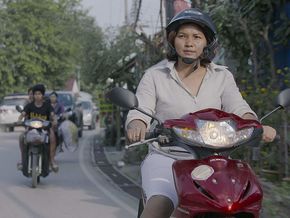 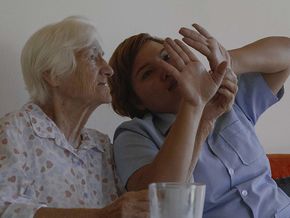