12/06/2019 - Anca Damian puts her name to a remarkable animated film, a simple, tender and moving story suffused with visual and musical poetry of great inventiveness

"This, right here, is the ultimate ground zero. When you’re not anything anymore. A speck on the pavement, without a name, a past or a future. If no-one else has any better ideas, I’m going to take a moment to watch-back the film of my life. I’ve heard that that’s what happens when you die." A car has just hit a dog, whose body is picked up and held by a grieving young girl in the middle of the road. It is into the life of this animal, as it flashes before all of our eyes, that Anca Damian’s Marona’s Fantastic Tale [+see also:
trailer
film profile] plunges the viewer, a film of superb delicacy which world-premiered in competition at the 43rd Annecy International Animated Film Festival.

In her first incursion into the world of family animation following the decidedly adult titles Cruclic – The Path To Beyond [+see also:
film review
trailer
interview: Anca Damian
film profile] (Annecy’s champion in 2012) and The Magic Mountain [+see also:
film review
trailer
film profile] (likewise discovered in competition in the Savoyard city in 2015), the eclectic Romanian filmmaker (also the director of three live-action feature films) hasn’t lost a drop of her seductive, creative singularity. Visually exquisite and peppered with vertiginous, sparkling, surrealist sequences, Marona’s Fantastic Tale imparts a profound life philosophy on the question of identity, the search for happiness, the bonds which form between beings and the human condition as seen through the animal’s eyes, all wrapped up in a very simple and moving story which is accessible to the very youngest of audiences.

"I’m living proof that love is blind and doesn’t care about race". Indeed, the film’s heroine is the fruit of a fortuitous meeting between stuck-up Dogo Argentino Ralph La Bomba Ati Mondora (a pedigree of Maltese descent) and mongrel Sissy. Christened Neuf in recognition of her position as last in the litter, the little dog is very quickly given away and then abandoned, before being rescued from a dustbin and sold to the affectionate and penniless acrobat Manole, who calls her Ana. But this period of well-being eventually comes to an end as a result of the frustrated ambitions of the owner ("with dogs, happiness is the opposite of what it is for people: we want things to stay exactly as they are, while people always want something else. They call it dreaming, I call it not knowing how to be happy").

Now a stray, our pup next finds herself protected by the kind Istvan, who renames her Sara and gives new meaning to her life. But she soon discovers the ambivalence of human beings by way of the man’s unwell elderly mother and his frivolous, jealous wife. Narrowly escaping the claws of the pound ("I had no desire to die”), she is found and adopted by Solange, a little girl who decides to call her Marona and whom she will see grow up within a family comprising a single mother, a grumpy grandfather and the cat Martzofel. It’s a long period in which she continues to fill her "little box of happiness with short-lived, intense and ultimately lost moments of happiness" because, as she explains, "life had too often proved to me that happiness was only an interval between ongoing periods of pain."

Endearing and touching, funny and moving, Marona’s Fantastic Tale is a modern fairy-tale that’s both simple and subtle (the screenplay was written by Anghel Damian), examining love, death and the different tones characterising the various ages of human existence. It’s a universal thread which the director weaves artfully into the luxuriousness of the film’s graphics, which are themselves highly inspired, visually stunning (and for which credit goes to the author of the Belgian comic book Brecht Evens, to the Norwegian Gina Thortensen and to the Italian Sarah Mazetti) and perfectly complemented by the music of Frenchman Pablo Pico.

Cartoon Movie hands out its awards

Unusually, the ceremony for the European Children’s Film Association Awards was held at the Zlín Film Festival this year, instead of the Berlinale 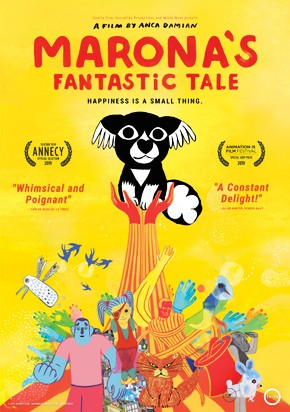 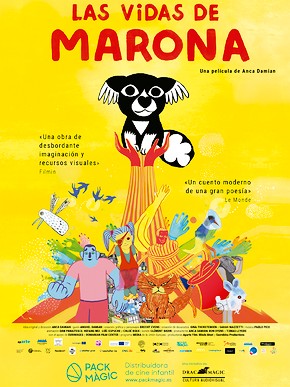 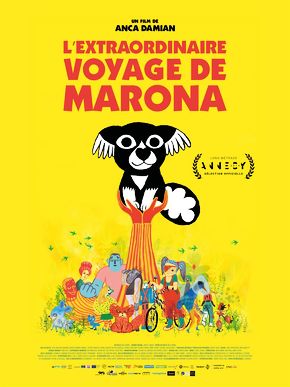 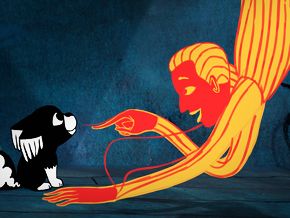 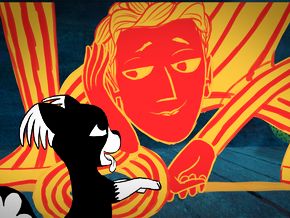 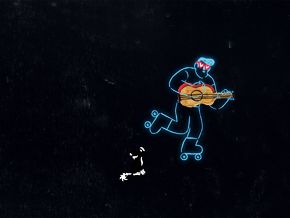 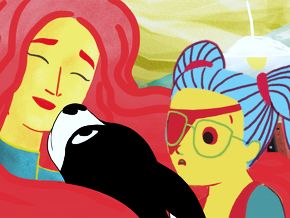 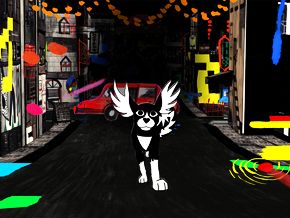 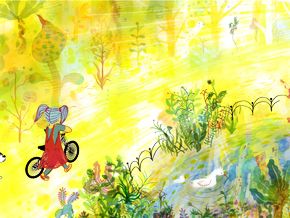 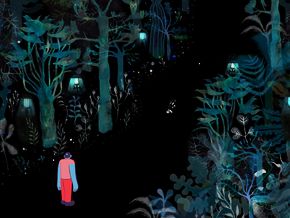 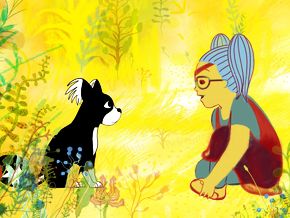 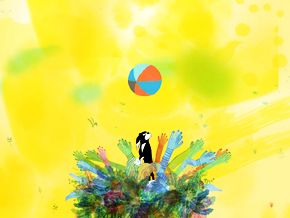 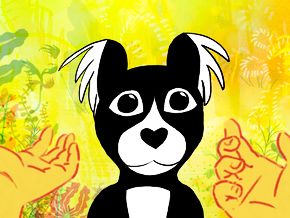