In his feature debut, Slovak director Juraj Šlauka introduces the viewer to a world that he or she may be vaguely familiar with, but would usually choose to ignore. In Punk Never Ends! [+see also:
trailer
interview: Juraj Šlauka
film profile], which was screened in the Slovak Season section of the Art Film Fest in Košice, Šlauka combines fiction and documentary realism to portray the obscure reality of a group of punks in the suburbs of Western Slovakia. The final product may not open up any new perspectives, but is an enthralling excursion into a setting unknown to most.

Šlauka stages his docu-fiction with non-professional actors and actual members of the punk scene in the region of Záhorie. His own former personal ties to the scene shine through in his unagitated gaze, and in the careful narration and direction. The plot was developed by the director and the punks themselves, who initially approached Šlauka to shoot a movie about them. As a result, the moments of drama are few and far between, and the stakes and motivations are low, but the atmosphere exudes a certain air of authenticity and rawness.

In his debut as an actor, Pavol Kovačovský plays 30-year-old drug addict Kwičko, a young man without a cause who is nevertheless always vehemently opposed to the system, and who lives in a rot-infested flat with his girlfriend and two-year-old son. His life revolves around selling scrap metal at a junkyard, getting drunk and shooting up with the occasional drug. Without the necessary income for rent, his home life is repeatedly threatened by his landlady, who wants to evict the small family. Kwičko responds to this by hatching a decisive grand plan – one that will nudge him further towards the precipice of his hopeless situation.

Šlauka manages to create a world that feels real in every frame and with every face it depicts. A finely balanced flow between the two genres makes it hard to tell at which point the documentary ends and where the fictional elements take over. This is partly to do with the non-professionals who appear, portraying fictionalised versions of themselves, consuming actual drugs and appearing drunk on screen. Even the kid has a real-life family connection to Kovačovský. The raw, unadorned camerawork by DoP Ivo Miko gives the footage a sense of urgency and immediacy, with the handheld camera drifting in and out of focus.

But it’s not only the people on screen that give the movie its touch of uniqueness. The microcosm in which the story takes place adds a mysterious aura to the visuals. Šlauka works within a setting that is omnipresent, yet which is rarely acknowledged by those from the outside. The story unfolds in the shabby apartments and ramshackle huts that the characters inhabit, with the brownish filth almost reeking through the screen. The revulsion generated by the indoor settings is offset by the exterior shots of the crumbling, graffiti-covered buildings in an abandoned but enchanting area on the periphery.

The final product may prefer to stick to authenticity and low-key plotting, offering no provocative new messages, thoughts or ideas, but by combining this feast for the eyes with a glimpse into a society of left-behinds, Šlauka has crafted a little gem well deserving of one's time.

“To a certain degree, I consider my film to be a parody of social drama”

Slovakian scriptwriter Juraj Šlauka talks to Cineuropa about his directorial debut, PUNK NEVER ENDS!, which was made under truly “DIY” conditions

The tenth edition of the Slovakian national film awards shone a spotlight on the domestic film industry, while Marko Škop's movie walked away with five trophies 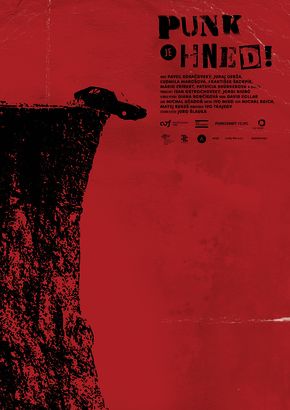 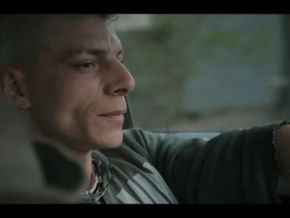 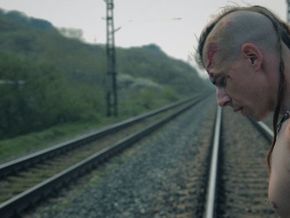