Review: Of Time and the Sea

25/06/2019 - Peter Sant’s confident, slow-burning experimental feature debut, a co-production between Malta and the UK, has been showing on home turf at the Valletta Film Festival

Ruth Borg in Of Time and the Sea

Australian director of Maltese heritage Peter Sant has just shown his debut feature, the Maltese-British co-production Of Time and the Sea [+see also:
trailer
interview: Peter Sant
film profile], at the 2019 Valletta Film Festival, after it world-premiered at FIDMarseille last year. An assured and courageous first feature, this Maltese-language film whisks us away to a bleak, arid and rocky fantasy world, where the ancient co-exists with the modern (more specifically, the characters scoff ready meals that they warm up in microwaves, but also wear suits of armour), and where a prevailing atmosphere of hostility and paranoia reigns.

The story is set on First, one of three barren islands (the other two logically being Second and Third), which seemingly has a tiny population. An unspecified malady has ravaged the land, and all those afflicted are now on Second, while Third apparently harbours the animals that the illness originally spread from. Life on First is slow, monotonous and repetitive, and the movie focuses on a clutch of its (nameless) residents: the “king” (Narcy Calamatta), weakened by sickness and madness, and his two daughters, one of whom (Mandy Misfud) performs household chores and appears to also fill the role of the king’s absent wife, while the other (the excellent Ruth Borg) is under orders from her father to build a bastion to protect the grounds of his “palace” - in reality just a stone bunker on a cliff - from intruders. The king’s paranoia seems to be shared by the other residents of First, as he is paid a visit by a knight who tells him, “Beware of visitors” - perhaps a nod to current attitudes towards immigration.

Over the course of the movie, the main characters interact with a handful of colourful individuals: a Chinese man who has come to First “to learn to forget”, some local neighbours and a brass band who completely alter the dynamic and disrupt the established order of things.

With its slow pace, minimal narrative and characters that are often grumpy, reluctant to talk and wallowing in self-pity, Of Time and the Sea is totally open to interpretation – all the more so owing to the anonymity of the characters and the islands, as well as the vagueness of the temporal setting. Do First, Second and Third represent the three main islands of Malta? Can we actually learn how to selectively forget things and rid ourselves of all these memories that “make our heads bulge”? Is it possible to “break the eternal circle” and snap out of our routines in order to expand our horizons? One could even read into this film a criticism of the hectic pace of modern life and the workaholic culture (“We have to work to keep our minds from going soft”), or of how governments are neglecting their citizens, as the king selfishly hoards all of the food on the island for himself.

On a technical level, the movie is very impressive, considering the budgetary constraints and limited crew. The sound design (courtesy of Sant himself, as this is an area he specialises in) is incredibly important and contains layer upon layer of intricate detail that it is impossible to take in the first time around. The static camerawork by DoP Martin Testar (accounting for around 90% of the running time) emphasises the feeling of motionlessness and stillness. Again, Sant’s background in other art forms, particularly installations, is also evident here.

The dialogue may be fairly sparse, but when it does come, it is delightfully poetic and replete with symbolism, leading the viewer to ponder the cyclical nature of life as the film folds back in on itself and we see characters watching parts of this very same movie in a cinema.

While Of Time and the Sea is certainly not going to introduce mainstream audiences to the mystery and desolation of the rural Maltese landscape, it confirms Sant as a talented auteur and should establish him as a name to watch on the arthouse feature circuit.

Of Time and the Sea was produced by Sant’s own Maltese outfit, Hereonin, whereas the majority of the post-production was carried out in the UK.

more about: Of Time and the Sea

Interview: Peter Sant • Director of Of Time and the Sea

“Filmmaking is almost an extension of colonialism”

We sat down with Australian director Peter Sant, who broke down his Maltese-language feature debut, Of Time and the Sea, which screened at Valletta last week

Review: Of Time and the Sea

Peter Sant’s confident, slow-burning experimental feature debut, a co-production between Malta and the UK, has been showing on home turf at the Valletta Film Festival

The industry event, which was held as an integral part of the Valletta Film Festival (14-23 June), dissected the obstacles that local filmmakers have to overcome in Malta 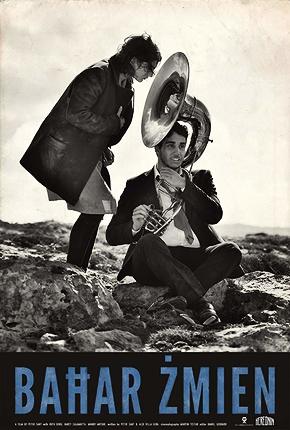 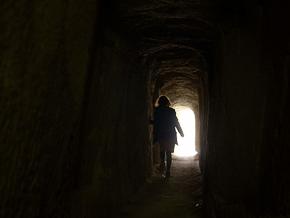 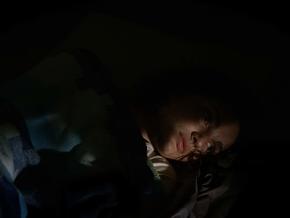