Through the singular fate of a village on the edges of society, Nicolas Graux’s Century of Smoke [+see also:
trailer
film profile], presented in the National Competition of the Brussels International Film Festival (BRIFF), paints the portrait of a Laotian people devastated by precariousness and disillusion and stunned by the long, heavy arm of a dictatorial regime, ready to rob them of their livelihoods at any moment.

A young father, Laosan, whiles the days away smoking opium. For his community, isolated in the very deepest depths of the Laotian jungle, opium cultivation is the only means of survival. But it’s also the poison which numbs men’s senses and kills their dreams.

In the village of Laotan, everyone lives on and makes a living from opium. It’s grown there and consumed there. Each of them trembles at the idea of the State putting an end to their crops, which are as nourishing as they are deadly.

From the break of dawn, the opiate smoke drifts, billowing around the makeshift homes. Amidst a tangle of unmade bedsheets, a man smokes, staring blankly into the void. Outside, the smoke is overcome by the morning haze, which envelops the village, as if it to stifle the tears, fears and yearnings of the locals.

Opium gives these men life, but it also takes it away. It puts pay to the hopes of the women in these villages - the mothers, the wives - in whom a silent revolt is steadily brewing beneath the surface. Confronted with the wall of addiction, they mobilise themselves, attempting to manage the inextricable situation as best they can, stealing or hiding the money that’s made from opium to feed their families.

While the women rise up, their parents, who see the end of their lives fast approaching, dream only of escaping this village and its lethal crop. But this would require the youngsters leaving and taking their older relations with them. The one remaining force still capable of uniting these decimated families is the love and affection they each feel for their children.

In the muffled atmosphere of this Laotian village, Nicolas Graux gathers the heartfelt confessions of those who live there. They seem as if short-changed by the future; they mourn a life which they will never live, but which they had, in spite of it all, always dreamed of. This is a deeply moving picture of a community in despair, befriended by a camera which gathers the resigned testimonies of these suffering souls.

Our immersion is total and the camera forgotten as the rhythm of the first third of the film translates the torpor taking hold of these men, plunging the viewer into their day to day lives. When the focus widens to encompass the other inhabitants of the village, the pace quickens, and as the women take the survival of the village in hand, the dramatic tension steps up a notch. Smokers aren’t the only victims of opium; the entire community must suffer the consequences.

Century of Smoke is the first full-length documentary by Nicolas Graux, who’s already the director of two short films, one of which, Après l’aube, was very well received on the festival circuit. The present work was produced by the production workshop created by the Dardenne brothers, Dérives, and by Clin d’Oeil Films, both in Belgium, and by Haïku Films in France.

more about: Century of Smoke 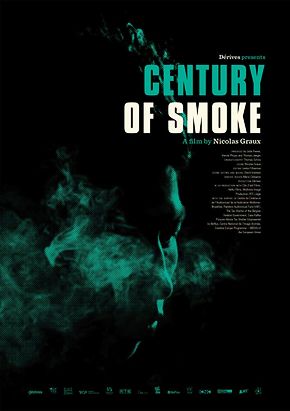 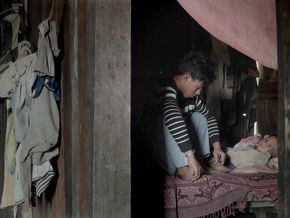 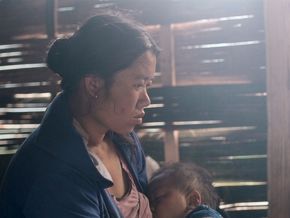 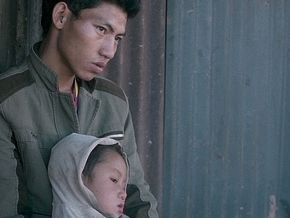