Serbian director Stefan Malešević's first feature, Mamonga [+see also:
trailer
interview: GoCritic! Interview: Stefan…
interview: Stefan Malesevic
film profile], which has just world-premiered in Karlovy Vary's East of the West competition, is a confident debut that benefits from its triptych structure and its many ambiguities. Is it one, two or three stories? With the film's associative connections and use of lookalike actors, it could be any of the three, depending on the viewer's interpretation.

The first, longest and darkest segment is set in a small town in Bosnia. Jovana (rising star Marta Bjelica, from Offenders [+see also:
film review
trailer
film profile]) is a girl in her early twenties working in a bakery, and also helps with the sheep on her father's farm. When the two talk, it feels like they belong on different planets. On the other hand, the quiet, shy Marko (first-timer Dražen Pavlović) is a member of the local Denić clan, ruled by his father, who owns a big trucking company, and the young man is just about to head out on his first solo drive. In the meantime, after Jovana goes out to party at the local nightclub with her best friend Milica, another driver from the Denić company rapes her. The sequence is executed in one extreme wide shot in a dark field, where the viewer can barely make out what is happening, but there is no doubt about what is taking place. And Marko witnesses it.

The second chapter is set in a mountain village in Montenegro, where there seem to be just three people: the old man Mitar (Momo Pićurić), forty-something Bogdan (Dejan Ivanić) and a priest who has taken a vow of silence, played by Pavlović (who portrayed Marko). They get an unexpected visit from an Asian girl (Nabi Tang) who has made it out of a truck accident with an injured hand. She only speaks English and the villagers do not, but they help her with her wound and find her a place to stay.

In the final segment – the shortest and most hopeful – we again see Jovana (or at least it is definitely Bjelica), who is now living in a big city (probably Belgrade) with her seven- or eight-year-old son Luka (Vuk Janošević), who does not speak. He is a smart kid, as the psychologist attests, but for some reason, his speech is somehow being hindered. At one point, Luka wanders off from the roadside fast-food kiosk where his mother works and gets into a parked truck. What follows involves a character played by an actor who looks very much like one of the protagonists from one of the earlier segments…

Motifs such as the patriarchal society, the contrast between the rural and the urban, and – of course – trucks build associative connections between the segments. The tone shifts from the bleak beginning to the somewhat hopeful ending, through a whole range of filmmaking elements, from the script to the visuals, via the sound design and James Stockton's wide-ranging musical score. A couple of oneiric touches, as well as moments that could equally be interpreted as intentionally humorous or just absurd, confirm to the viewer that many blanks have been left for him or her to fill in. But the overarching theme – the lack of communication and the kinds of consequences it can have – is clearly present throughout and is dealt with in a uniquely creative way.

Bogdan Babović's cinematography, which frequently employs long, panning shots, ranges from grey winter skies and muddy roads in the first chapter, through the rugged beauty of rural Montenegro, to bright days in the big city in the final part. The editing by Malešević and Jelena Maksimović further muddies the boundaries between the segments, contributing to the ambiguity.

"Film is a dialogue in which you have to make an effort to complete the missing parts, and by doing so, it becomes more valuable for you"

We spoke to young Serbian director Stefan Malešević about his feature debut Mamonga, which premiered at KVIFF’s East of the West Competition

"My experience in life is that tragedies are never only tragedies"

Serbian director Stefan Malesevic has presented his first feature Mamonga in the East of the West competition at Karlovy Vary, and we discussed it with him

We chatted to Stefan Malešević and Andrijana Sofranić Šućur, the director and producer of Usud, which was granted the KVIFF & MIDPOINT Development Award at Karlovy Vary

As The Father wins this year’s Crystal Globe, we look at the representation of mothers on screen

Other winners include You Have the Night, Monsters., Ajvar and Stitches; the Herceg Novi-based event was jointly opened by all women filmmakers present 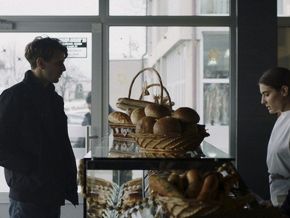 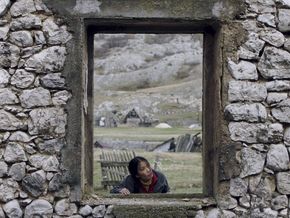