The film begins with Tom (Reimo Sagor) being picked up by his sister Jenna (Rea Lest). As they drive through unforgiving landscapes of stark snow, Tom begins to talk of their past and a violent act, the consequences of which have stayed with them to this very day. Throughout, Tom is the only one who speaks, with Jenna listening almost impassively as he reveals the pain and difficulties of his recent life as well as the things they went through together. After a while, the scene resets – Tom is once again picked up in the car by his sister. But this time, it is Jenna who does all the talking, whilst Tom remains mute. The different scenes witnessed from different perspectives not only show the reconstruction of a fractured past, but also demonstrate how silence can lead to destruction as inner turmoil threatens to spill over.

Cinema has dealt with storytelling from multiple perspectives ever since Kurosawa’s Rashomon, but Helde puts his own unique spin on it. As the title suggests, much of the film is about the unsaid and how we as human beings “fill in the gaps” with our own thoughts and perspectives. If there is only silence to respond to, then our perceptions are only filtered through our reality. We can only hope to understand both sides of a story if we can maintain a dialogue with each other. While fracturing the narrative somewhat – by its very nature, the movie stops and starts – Helde’s interrogation of the issues never falls into the realms of gimmickry and is often fascinating.

Both Sagor and Lest do well with the material, especially when they are asked to act without having any dialogue – something of an anathema to many actors. There’s a simmering discontent and heartache here, but there’s also a restraint shown by both actors that eliminates any danger of the film sliding into melodrama.

After the painterly tableaux of In the Crosswind, Helde and cinematographers Erik Põllumaa and Sten-Johan Lill provide a sense of intimacy, with much of the action taking place within the confines of a car. Despite these cramped and claustrophobic moments, the film steers clear of theatricality thanks to some magnificent shots of a snow-swept Nordic landscape, all in crisp black and white. These moments of the grandiose and the majestic highlight the idea of silence in the movie, with the mountains and ever-flowing rivers standing as silent observers of the strange whims of human behaviour.

Helde’s reputation should enable the film, screening in East of the West after previously being shown at Shanghai, following its domestic release in March, to get quite a bit of play on the festival circuit and maybe even distribution in a few countries.

"If you have all the options, tools and creative choices in the world, it’s not really a creative process"

We interview producer Elina Litvinova, of Estonian company Three Brothers, selected as one of EFP’s 2020 Producers on the Move

Estonia is getting ready to shine at Les Arcs

The French gathering is focusing on the Baltic country and features Estonian short films in the Official Competition, projects in the Coproduction Village and a batch of well-known films

The Bulgarian duo's new film received the Crystal Globe, while the other big winner of this edition was Lara by German filmmaker Jan Ole Gerster, taking home two awards 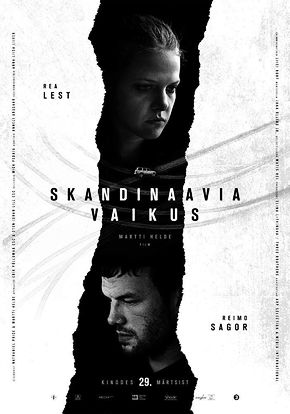 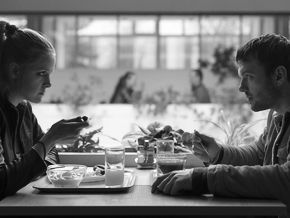