Everyone knows Patrick. On the campsite, he’s the handyman who always finds a solution. Everyone knows Patrick, but no-one really likes him, aside from his parents. He leads an existence falling somewhere between village idiot and happy fool. He’s devoid of any ambition, happy with his fate and finds strange fulfilment in the delightful mediocrity of his life.

But when Patrick’s father dies, he begins to lose his footing. For the first time in his life, he will have to make decisions. The community crowns him campsite director, to his dismay, and he will now have to prove himself capable of leadership. It’s something of a disaster for him. And the situation is only made worse by the sudden disappearance of one of his hammers … This, right here, is the real tragedy for Patrick. He could just about handle the death of his father, but a hammer going missing? It’s just too much. Patricks enters into a state of shock. A genuine psychological transfer takes place and the missing hammer comes to represent the body of his father. Worry swiftly turns into obsession, and the atmosphere at the campsite becomes increasingly onerous…

With Patrick [+see also:
trailer
interview: GoCritic! Interview: Tim Mi…
interview: Tim Mielants
film profile], Tim Mielants’ first feature, which was selected to compete in the 54th Karlovy Vary International Film Festival, the renowned director of numerous TV series (Cordon, Code 37 in Flanders, but also Peaky Blinders, Legion and The Terror in the US) offers us a film which explores a paradoxically ambitious goal, as demonstrated by the lead character: to not have any ambitions in life. But how is this possible in such a hyper competitive society? Can we refuse the responsibilities that others thrust upon us? A mediocre character in all respects, Patrick is utterly lost when his tiny world implodes.

Mielants takes great pleasure in transforming this quest for a missing hammer into a breath-taking psychological thriller, steeped in anxiety-inducing music and smoke-and-mirrors twists and turns. His fun is made all the greater by his choice to set the film in the 1980s, and in a naturist campsite to boot. Rarely before have we seen characters as naked as these having so much to hide. The filmmaker paints his gallery of characters in a few furious brushstrokes, portraying them as middle-of-the-road representatives of a middle class who are unashamedly middling in everything they do (we’re mainly thinking of his “rivals”, the preppy couple, with genitalia out but jerseys draped over their shoulders).

Patrick is produced by Savage Film and is co-produced by Eyeworks and Versus Production in Belgium, and by Topkapi Films in the Netherlands. The movie is sold worldwide by Beta Cinema and will be released on 28 August in Belgium, distributed by Paradiso Filmed Entertainment.

"I used the five stages of grief as my structure: denial, anger, paranoia, depression and finally, acceptance"

"I just like the juxtaposition between a big, romantic scope and this simple character"

Belgian filmmaker Tim Mielants presented his first feature, Patrick, in competition at Karlovy Vary, and he talked to us about it

An engaging dark comedy about grief and a missing hammer

Eight movies are first features, and seven of them hail from European countries

The Grand Prize of the 21st Aubagne International Film Festival went to composer Geert Hellings for his work on Tim Mielants’ movie, while A Certain Kind of Silence also scooped a trophy 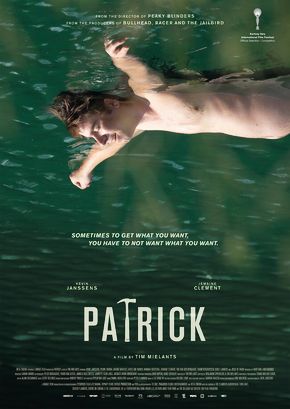 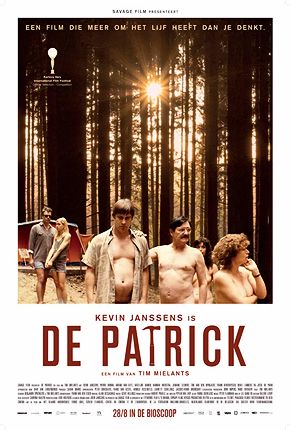 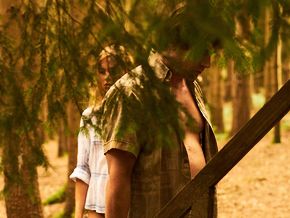 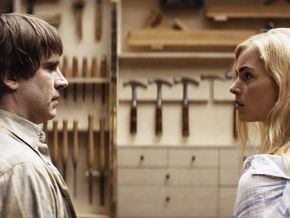