Drawing some sometimes uncomfortable parallels with the current state of world politics, Nova Lituania [+see also:
trailer
interview: Karolis Kaupinis
film profile] examines Lithuania in 1938. While celebrating 20 years of its independence, the annexation of Lithuania’s capital, Vilnius, by Poland and the threat of Germany doing likewise with the city of Klaipeda lead to tension throughout the country. In his first feature, screening in East of the West at Karlovy Vary, Karolis Kaupinis takes these historical events and shows them through the prism of Feliksas Gruodis, a geographer who wants to save his country.

Gruodis has what seems like an almost absurd idea – to create a “backup Lithuania” somewhere on the other side of the world. Indeed, despite the spectre of war looming and the very real possibility of Lithuania being carved up amongst its neighbours, most laugh at Gruodis. The one person who listens to him is the former prime minister of Lithuania, who becomes intrigued by the idea of saving the state. But as the political situation worsens, it becomes clear that Gruodis’ marriage is falling apart as much as his beloved country. Is Gruodis’ plan really to save all of Lithuania? Or is he trying to save his marriage? As the political climate deteriorates, all involved must face the reality of the situation.

Kaupinis has crafted a careful and controlled affair shot in stark black and white. There are moments when the movie almost has an air of satire about it, with some scenes fairly reminiscent of propaganda films. Certainly, the uncertainty about world politics and the almost blithe acceptance that “everything will come out in the wash” shown in the film resonate strongly with the state of the modern world. It’s a disconcerting reminder that some of the decisions that have led to some of the most terrible times in human history have been born of compromise and fear.

But the picture also touches upon individual vanity and how the grand stage of world politics can be shaken through the prism of human foibles. Kaupinis and cinematographer Simonas Glinskis make much use of space, showing those who live in opulent surroundings and those who are more huddled together. Their individual situations become a mirror for the complexity of world politics as well as reducing said politics to what they sometimes are – a bunch of humans jostling to own more space.

Aleksas Kazanavicius gives a fine performance in the lead role, using a restrained energy to breathe life into a man who drifts between an insane visionary and an individual unable to see the fractures in his personal relationships.

Those without a decent grounding in 1930s European history might sometimes find the film a little hard to follow, and it’s true that it might find most of its resonance domestically with its focus on Lithuanian history. But after making a number of well-regarded shorts, Kaupinis has been on many people’s radar, and on the back of Nova Lituania, this confidence is not unfounded. After the film’s premiere in the East of the West competition, look for it to have a decent run on the festival circuit and to do well domestically.

Nova Lituania was produced by M-Films (Lithuania), and its sales are handled by Dutch-based Some Shorts.

“You recognise yourself better in the past than in the present”

We caught up with Lithuanian director Karolis Kaupinis to delve deeper into his feature debut, Nova Lituania

In his fun feature debut, Titas Laucius schools his viewers on how to get an annulment through the Catholic Church – and survive

Hlynur Pálmason’s feature has added another feather to its cap at the Latvian event, while My Love Affair with Marriage and Comedy Queen also got some love 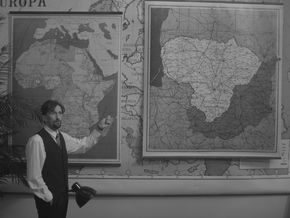 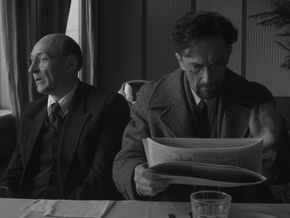