02/07/2019 - Latvian documentary maker Laila Pakalnina returns to the screen with a paean to the plastic spoon. Yes, you read that right

Laila Pakalnina, the Latvian filmmaker chiefly lauded for her documentary work, has always been fascinated by things that initially seem insignificant. From a simple bus ride to a rubbish dump, or from an impassive oak tree to a waterfall, Pakalnina examines the minutiae of ordinary life and somehow makes it magnificent. Pakalnina has her work cut out for her in her latest, Karlovy Vary-screened film, Spoon [+see also:
trailer
interview: Laila Pakalnina
film profile], which, as the title suggests, revolves around the ordinary, everyday presence of a plastic spoon.

Filming in locations as diverse as Norway, China and Hong Kong, Pakalnina presents us with a series of static, black-and-white shots that document the making of a cheap, disposable plastic spoon. People stand in front of a large piece of machinery that seems to dwarf them. Workers mill about and take a break in a large factory. A truck pulls up to deliver plastic chips. Inside, people begin diligently working on a mould to craft the finished product. And at the end of it all? The possibility of gracing a roadside café or a family barbecue, with the final resting place being a bin (or maybe the kitchen drawer if it belongs to an inveterate hoarder).

Initially, those who are fans of Pakalnina’s work might miss some of the heart and humour that typify many of her movies. Certainly, Spoon veers into the territory of “slow cinema” with long, languid shots of industrial landscapes and factory floors, and with little or no explanation as to their purpose or meaning – indeed, the film is dialogue-free. Yet the humour gently arises in the almost absurd nature of what we’re seeing. These large factories? This myriad of people running about? These massive feats of human endeavour? They are all contributing to the manufacture of a single, plastic spoon. In some ways, this is a lament – an exposé of the folly of human nature, of the amount of waste that goes into the creation of something that will be disposed of shortly after use anyway. But there’s also a twisted joy to this – the fact that we can be so consumed by and engrossed in our grandiose ways, even to create something so ordinary. It’s where the gaps lie between the quietly satirical and the sadly judgemental that the film finds a quiet humour.

It’s also something of a paean to cinema and documentary making, given that – thanks to the carefully composed shots in which time ticks away – Spoon can take something so small and insignificant, and imbue it with a life and meaning far beyond its intended use.

The film will try the patience of some and won’t necessarily convert those who aren’t fans of Pakalnina already. But, after having had its world premiere in Karlovy Vary’s Documentary Competition, it should find a home on the festival circuit (especially at those gatherings of an environmental bent) and amongst Pakalnina’s fans. And, of course, the admittedly niche “plastic spoon aficionado” market.

The film was produced by Pakalnina’s Hargla Company, and co-produced by Mechanix Films (Norway) and Just a Moment (Lithuania).

"If we talk to people through emotions, from soul to soul, it's maybe even more effective than TV and journalism"

Latvian filmmaker Laila Pakalnina discusses with us her latest title, Spoon, world-premiered in the Documentary Competition of Karlovy Vary

The Lithuanian Film Centre announces its second funding slate of 2019

A grant of over €1.2 million will support 36 projects, including the new efforts by Alanté Kavaïté, Sergei Loznitsa, Margus Paju and Laila Pakalniņa

Latvian documentary maker Laila Pakalnina returns to the screen with a paean to the plastic spoon. Yes, you read that right 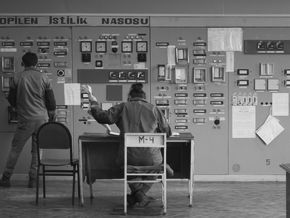 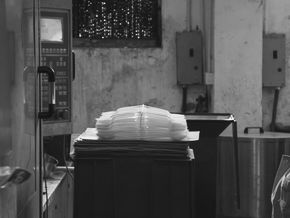