05/07/2019 - Tim Dünschede takes the plunge into feature films with a pulse-quickening thriller exploring a gangrenous financial universe in a labyrinthine and anxiety-provoking, nocturnal underworld

The tension sets in from the outset in Tim Dünschede’s first full-length film, Limbo [+see also:
trailer
film profile], a thriller screened in the Spotlight section of the 37th Filmfest München - which is also his graduation project following his time at the Bavarian city’s University of Television and Film (HFF) - and whose English title evokes an uncertain state of in-between. The story (written by Anil Kizilbuga) begins in an office like any other, where everything is plunged into darkness except for the face of Ana (Elisa Schlott), a financial controller, and her computer screen, on which she suddenly detects a serious inconsistency pointing unmistakably towards wrongdoing. Thus begins a race against time, over the course of a night and in a murky underworld where Ana, an idealist and an innocent, will be the only female presence of any significance for the duration of the film.

The first emergency - verifying the information as quickly as possible before immediately notifying her superiors - leads her to go against procedures. But Ana turns out to be a watchdog whose role serves more to protect the fraudsters than the integrity of the company. Her insistence on bringing the problem to the attention of her bosses without delay, despite everyone telling her to wait until Monday, takes her into the strange atmosphere of her boss’s car - and that of another cynical financier - whom she goes with to an alarming night bar where bare-knuckle boxing is but one of the illegal activities playing out there, and the only activity where the villainy is clear for all to see. Indeed, this Winding Refn-style location, where bright lights in the dark bring out the nefarious bizarreries of the characters frequenting the establishment, is a haven for white-collar criminals; the type whose manoeuvrings, a far cry from the cleanliness of their impeccable suits, involve such high stakes that the sweat we see trickling from Frank’s (Mathias Herrmann) temples is often the most benign physical sign of the contaminating danger therein, which spreads like wildfire through these hidden tunnels and stairwells. The locale is ruled over by a terrifying and clearly all-powerful character, known as The Viennese (Christian Strasser) who oversees the morally viscous beings slithering within it and epitomised by the old guy, Ozzy (Martin Semmelrogge).

Another infiltrator who starts off his night in a closed room and then the inside of a car, finds himself roaming, breathless, through this infernal labyrinth, haunted by iniquities of the cruellest kind (devised in dark corners by a handful of decision-makers and rained down upon the many in the cold light of day): undercover agent Carsten (Tilman Strauß), who already has a link with Ana, going beyond their position as disruptive elements and spies from outside of this seedy and ruthless universe. Together, they will continue their high-speed chase, followed by Holger Jungnickel’s worried camera and accompanied by David Reichelt’s augural electro compositions, which only encourage us to believe that our heroes are fighting a losing battle.

By way of a very current theme – that of a financial world riddled with gangrene and built on intractable compromises, a machine over which we have lost all control -  Dünschede has crafted a pulse-quickening thriller which moves from troubling and atmospheric to alarming – a cry for survival, emitted in the night by a desperately lonely being who refuses, to the very end, to admit defeat.

Limbo was produced by Nordpolaris, in co-production with Koryphäen Film.

Tim Dünschede takes the plunge into feature films with a pulse-quickening thriller exploring a gangrenous financial universe in a labyrinthine and anxiety-provoking, nocturnal underworld 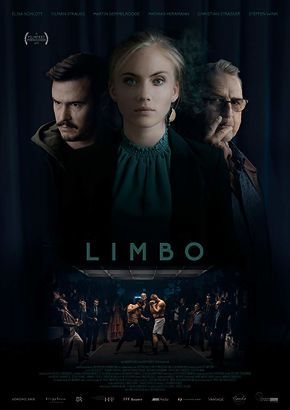 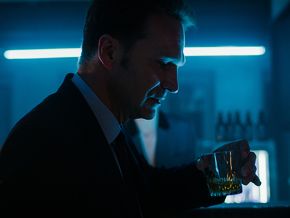 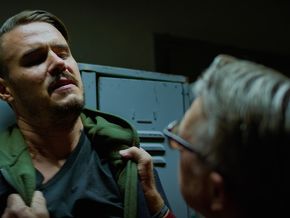 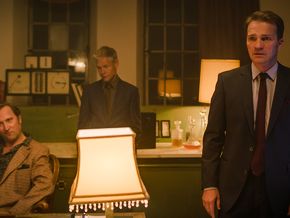