Projectionist [+see also:
trailer
interview: Yuriy Shylov
film profile] is a documentary about cinema, the human condition and death. Yuriy Shylov’s debut film, playing in the Documentary Competition at the Karlovy Vary Film Festival, starts with the birth of a cinema, the Panorama, which used to be home to glamorous premieres in Kiev. The story of the movie theatre is told through news footage that appears fitfully throughout the movie. It opened at a time when customers would arrive in suits and evening dresses, but eventually, the movie house’s dreams went up in flames. Inside the theatre, in a room hidden away from the customers, sits the projection booth, where huge machines whir and from where light emanates before hitting the screen. It’s where our protagonist, Valentine, has spent much of his life.

Shot as an observational documentary, in the film we witness some good – but mostly the bad – times of this eccentric projectionist. For 44 years, he’s been working in the projection booth, drinking with his buddies, dancing with the girls from a nearby casting agency and generally having a jolly good time. There seems to be as much adventure in this booth as there is on the screen – until everything starts to crumble. The building is neglected, a fire breaks out, and then one day, the landlord decides that a profit can only be made by turning the cinema into a hotel. A screening room is kept in the basement, but for Valentine, it is time to "enjoy" retirement.

Now, his life is mostly spent in a flat, looking after his ageing mother and trying to tend to her needs. But he is sick himself, and with life expectancy for men in Ukraine standing at 64 years old, it’s not certain that Valentine will be alive by the time that the end credits roll. The observational documentary method used to show his life is in stark contrast with the cleanness of the newsreel footage about the cinema. Valentine's life is confusing and contradictory. He smokes a lot, but now he has fewer friends with whom to spend his time. Director Shylov’s concern is to discover what happens to people in retirement – a subject with such a huge plate of food for thought, but which is largely underfed in cinema. One suspects this undernourishment is because older people don’t look as good on screen as their younger counterparts, and maybe that’s why watching Projectionist becomes such a struggle. Everything starts falling apart around Valentine, including Ukraine itself. The decision to use an observational documentary method results in a collection of montage and momentary elements put together in such a way that it starts to resemble an abstract collage, but one where it’s hard to distinguish all of the individual ingredients.

Projectionist threatens to be about the history of cinema but reveals itself to be a look at how things and people are left to rot, making death feel like a good option. Is that the fate facing cinema as audiences dwindle? This and many other questions are not satisfactorily answered, as director Shylov doesn’t create a strong enough narrative or enough metaphors that really resonate.

Projectionist is a MaGiKa Film (Ukraine) production, co-produced by Poland’s DocEdu Foundation and TVP. It was financed with support from the State Film Agency of Ukraine. The international sales are handled by MaGiKa Film.

“I saw the heroes as dinosaurs living in today’s world”

We caught up with director Yuriy Shylov to get the low-down on his feature debut, Projectionist, which unspooled in the KVIFF’s Documentary Competition

KARLOVY VARY 2018: A raft of intriguing documentary projects at the post-production stage were presented in this year’s edition of Docs in Progress at Karlovy Vary

All This Victory and The Projectionist have triumphed in the Works in Progress and Docs in Progress sections, respectively, as the Czech festival announced yesterday

ZagrebDox Pro kicks off with 12 projects

In addition to the Pitching Forum, the event will present a panel on the success of Serbian documentaries, and lectures by Talal Derki, Anna Zamecka and Eva Mulvad 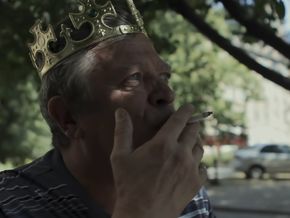 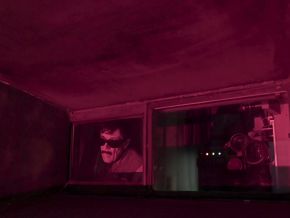