Juri Borisov in The Bull

The Bull [+see also:
trailer
film profile] is the debut feature by VGIK (Russian State University of Cinematography) student – and former ballet dancer – Boris Akopov, and it certainly contains the raw energy of a filmmaker still finding his steps. Setting out its stall from the very beginning, with a title card that points out that everything in the picture is based on a true story, the movie, which has just come out on top in Karlovy Vary’s East of the West competition, is at pains to chronicle a youth dealing with a monumental change as the old guard of communism is ushered out and the new gods of capitalism enter society to be worshipped – no matter the cost.

At the centre of the film is Anton “Bull” Bykov (Juri Borisov), the head of a small criminal gang outside of Moscow in 1997. After a particularly intense scuffle involving various members of the gang, a gun and an injured teen, Bull finds himself in jail. But with the intervention of some corrupt officials, he gets released – but is now indebted to one of Moscow’s criminal leaders. As he dreams of forging a better life for himself and his friends, Bull finds himself torn between those who want to move on from the Russia that he knows and those who want to continue the old ways. Bull must soon pay his debt – but who out of those around him will really pay the price?

Many of the thematic elements will be familiar to those who have followed Russian and Central and East European Cinema over the past few years. The formative years of the dissolution of the Soviet Union and the rise of rampant capitalism – and the inherent vacuum filled by criminal gangs – are dealt with in The Bull on two levels. There’s the sense of freedom, of joy and escape. But there’s also an abandonment of morality, of links to the past and to family. The tension between the past and the present is what Akopov mainly focuses on, as part of Bull’s dilemma is that he doesn’t know in which world he fits.

Cinematically, the film mines the tropes of social realism – all run-down buildings and dingy corners. But there’s an energy and a rawness here reflecting not only the folly of youth, but also a society hurtling in an unknown direction. Akopov also has a vein of social satire running through his work, as Bull’s friend-cum-romantic interest Tanya (Stasya Miloslavskaya) is wooed by a rich Westerner, whom she tolerates in the hope of gaining a visa. Here, Akopov and cinematographer Gleb Filatov make much use of the difference in space given to the shrewd intellectuals and the gritty working class of Russian society – a pointed reminder of Akopov’s own background in “high culture”, perhaps.

Borisov is strong in the lead role and exudes a determined dourness that, while not making for any lightness in the film, is grimly compelling.

There’s not much new in The Bull, but there is enough verve and assuredness to declare this a strong debut from Akopov, and it will be interesting to see where his career will take him next. Certainly, winning the East of the West competition at Karlovy Vary 2019 will do the film no harm, and while theatrical releases will probably be unlikely, the festival circuit will take the movie by dint of the award alone.

The Bull was produced by VGIK – Debut.

more about: The Bull

A prestigious, international line-up will grace the Swiss festival this year

The Bulgarian duo's new film received the Crystal Globe, while the other big winner of this edition was Lara by German filmmaker Jan Ole Gerster, taking home two awards 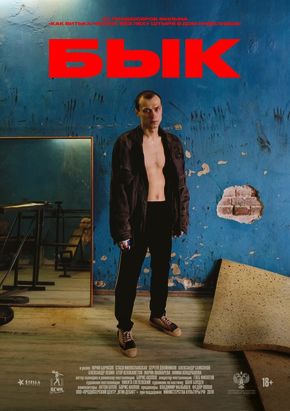 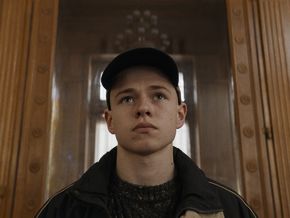 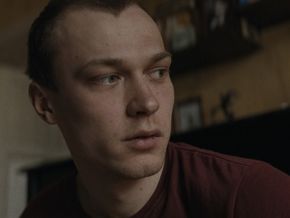