Review: My Thoughts Are Silent

09/07/2019 - Antonio Lukich's accomplished and engaging dramedy, which won the Special Jury Prize in Karlovy Vary's East of the West, is a breath of fresh air in Ukrainian cinema

Andriy Lidagovski in My Thoughts Are Silent

Ukrainian writer-director Antonio Lukich's first feature film, My Thoughts Are Silent [+see also:
trailer
film profile], world-premiered in Karlovy Vary's East of the West section and picked up the Special Jury Prize. This dramedy, which follows a son and his mother on a road trip, and benefits from some well-distributed deadpan humour, colourful locations and steady camerawork, represents a breath of fresh air for Ukrainian cinema.

Vadim (Andriy Lidagovski) is 25 years old and more than two metres tall. He lives in Kyiv and works as a sound recordist, and he also dabbles in making electronic music. After he discovers that dental implants will cost him a fortune, he gets lucky and receives a lucrative offer from a Canadian video-game company to record animal sounds from Western Ukraine. And what is wrong with Canadian fauna? "They sound too calm; they’re not afraid of anything," is the response of the Ukrainian-born company head. And Vadim will get a special bonus if he can catch the unique mating call of the elusive, perhaps even extinct, Rakhiv mallard (a kind of duck, basically).

Upon his arrival in his hometown of Uzhgorod, he is picked up at the railway station by a taxi driver. This is his mother, Galia (Irma Vitovska), in her mid- to late forties, of a charming and outgoing disposition, who has a younger boyfriend in Italy and only wants Vadim to become a normal person with a normal job, wife and children. Preferably in Ukraine.

But Vadim sees himself as an independent artist, and this door to a better life that has opened for him is too good a chance to pass up. So he will do his best to fulfil the task perfectly, and thus perhaps get to move to Montreal. This is a wish most young audiences in Eastern Europe will easily relate to.

So Galia and Vadim get into her old Volkswagen Golf and travel through the region. In between several hilarious episodes involving the giant sound recordist with his boom trying to go unnoticed by the animals (and by people, for that matter), the conversations between the two always veer away from important, intimate topics to small, often amusingly engaging details from their lives. The timing and deadpan delivery from both of the actors are excellent, and they manage to keep this up throughout the film.

My Thoughts Are Silent is an immensely engaging picture, and not only for its comedic value. The locations in Uzhgorod and its surroundings are completely authentic, and some segments probably feature non-professionals in the background. These locations, including dilapidated houses and old cars, will look dated for most audiences, as if they had been filmed 30 years ago, because, of course, rural Ukraine is hardly at the forefront of the hi-tech revolution. What Vadim is trying to do in this place creates another interesting contrast, and the synthesiser-based musical score has a nostalgic vibe that transports the viewer to the 1980s and 1990s.

Lukich's feature debut is an accomplished comedy-drama that will definitely work for international audiences (at least at festivals), and although it is not in itself a revolutionary step forward in the development of modern Ukrainian cinema, it is a breath of fresh air and could be a good pointer for other young filmmakers in this emerging industry.

My Thoughts Are Silent is a production by Ukraine's Toy Cinema, and London-based Reason8 has the international rights.

more about: My Thoughts Are Silent

GoCritic! Review: My Thoughts Are Silent

“This time, we had to invent something new”

Set in Sicily, the film is an Italian-Ukraine co-production starring Irma Vitovska and Giovanni Calcagno 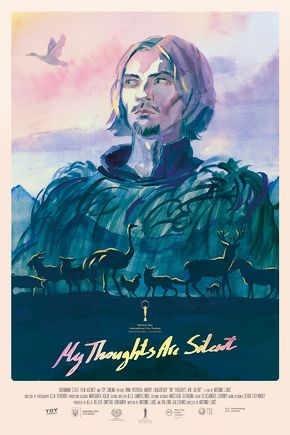 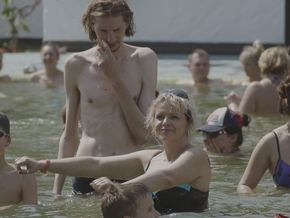 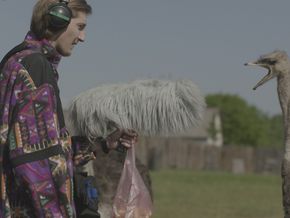