Will Forte and Maeve Higgins in Extra Ordinary

Having already teamed up to create a number of short films, music videos and TV ads, Mike Ahern and Enda Loughman have reunited once again for their first co-directed feature film, Extra Ordinary [+see also:
trailer
film profile]. Battling it out in the international competition of the Neuchâtel International Fantastic Film Festival (NIFFF), Extra Ordinary is a sizzling comedy horror whose hilarious scenes captivate the audience and leave political correctness firmly at the door.

A regressive Ghostbusters movie with a somewhat bitter edge, Extra Ordinary is a Belgian-Irish co-production with a self-deprecating title. “Extraordinary” is probably the adjective Ahern and Loughman would like to see appear, as if by magic, in reviews of their first full-length film. Humour and self-deprecation reign supreme in this hallucinogenic horror fest from the north. A generous dose of the paranormal, a multitude of exorcisms and plenty of laughs (Will Forte is on point in his role as the baddie) seems to be the secret recipe for Extra Ordinary, a debut feature film which bodes well for the future of these two “extraordinary” directors.

A driving school instructor in an Irish village, Rose (played by the surprising, shining star that is Maeve Higgins) is mostly known for her paranormal gifts which allow her to speak and communicate with ghosts. Trained by her famous ghostbuster father, it was Rose who unintentionally caused his death. Unable to speak the magic words correctly – words which would have freed him from the spirit which had possessed him - the young ghost hunter made it impossible for her father to return to the land of the living. Despite this fatal error, Rose is continually called upon by the inhabitants of the village to free them dustbins and toasters possessed by the dead.

Disillusioned and frightened after the death of her father, Rose decides once and for all that she’s done with her paranormal powers. One particular phone call, however, captures her attention; that of Sarah, whose father, an attractive and gentle-natured widower (the hilarious Barry Ward), is tormented on a daily basis by the ghost of his monomaniacal wife. Meanwhile, in a castle much like that of Count Dracula, Christian Winter, a rock star on the slide, forgotten by the public and critics alike following a couple of successful singles, is trying in every possible (satanic) way to get back to riding the crest of the wave once again. What can he do? Apparently a solution is close at hand: he must sacrifice a virgin during a moonlit ceremony.

Shored up by a perfect cast, Extra Ordinary brings to mind gems such as Roman Polanski’s The Fearless Vampire Killer or The Rocky Horror Picture Show. Mike Ahern and Enda Loughman’s first feature is packed full of hilarious scenes - the improbable choreography which accompanies the virginal sacrifice, the exorcisms carried out in order to collect jars of ectoplasm, the driving lesson delivered to the rock star - which are never predictable, always intentionally light-hearted and decidedly refreshing. It’s a fine debut which makes the crucial point that genre films don’t have to make us shiver; they can also make us laugh, to the point of tears.

Extra Ordinary is produced by Blinder Films in co-production with Umedia and US firm Epic Pictures Group. International sales are also in the hands of Epic Pictures.

Beware, as the new edition of the forum promises family horror stories and brand-new takes on the witch genre

Irish comedies have won big at this year's Fleadh, while Patrick Wang's A Bread Factory scooped the Award for Best International Film 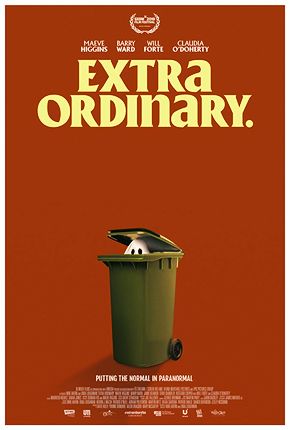 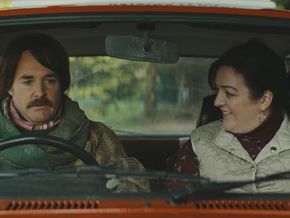