Review: A Bump Along the Way

The 31st Galway Film Fleadh hosted the international premiere of Shelly Love's debut feature, the Northern Irish comedy A Bump Along the Way [+see also:
trailer
interview: Shelly Love
film profile]. The film was screened as part of Irish feature competition and was crowned Best First Feature at the awards ceremony yesterday. Before working on this comedy, the Scottish helmer had been active as a choreographer and directed several short films, such as Strange Gold Shoes (2011), Betwixt and Between (2009) and The Forgotten Circus (2008).

The story, penned in its entirety by first-time screenwriter Tess McGowan, is set in Derry and revolves around Pamela (Bronagh Gallagher), a boozy single mother in her forties whose buttoned-up teenage daughter Allegra (Lola Petticrew) disapproves of her carefree lifestyle and lack of long-term perspectives. Their relationship is quite fragile and is placed under even more strain when Pamela falls pregnant after a one-night stand with Barry, a 24-year-old plumber (Andy Doherty) who is not ready to take responsibility for his impending fatherhood.

The main strength of this movie is Bronagh Gallagher's histrionic talent: her character makes the film funny, poignant and heartfelt. Gallagher is a veteran of Irish cinema and got her first acting role back in 1990, starring in Frank Cvitanovich's television drama Dear Sarah, and she is best known for her portrayal of Bernie in Roddy Doyle's The Commitments (1996) and for a number of small parts in high-profile international productions, such as Pulp Fiction (1994), Divorcing Jack (1998) and Tristan & Isolde [+see also:
trailer
film profile] (2006).

Even though the tropes chosen here are not the most original and have been widely explored by both the European and the North American film industries over the last 30 years – above all, the troubles and struggles of an immature single mother, the generational conflict, social prejudice and bullying at secondary school – the story is beautifully told and shot. Allegra's rebellious attitude as well as her chronic lack of self-esteem and spine also give us a feeling of déjà vu, as they are characteristics that have already been displayed in numerous teen dramas; nonetheless, her misbehaviour and reactions are credible, and effectively serve the development of the conflictual relationship with her mother.

In this respect, it is worth mentioning the commendable work of co-lead actress Petticrew and indeed the whole supporting cast, played by Mary Moulds, Dan Gordon, Andy Doherty, Gerard Jordan, Paddy C Courtney, Dylan Reid and Zara Devlin. They all contribute – to some extent – to building up the familiar, intimate atmosphere of the story, which provides the film with a number of funny moments but also tugs at the viewer's heartstrings.

On the whole, Shelly Love's debut feature is a pleasant, entertaining comedy. The characters are outspoken, genuine and create a feeling of great empathy. The pace of the narration is snappy and the dialogues are riveting: 90 minutes of laugh-out-loud scenes are guaranteed.

A Bump Along the Way was produced by Louise Gallagher (the sister of lead actress Bronagh) for British firm Gallagher Films, and was backed by Northern Ireland Screen and the Arts Council of Northern Ireland. The film will be released in Ireland on 30 August and is being distributed by Element Pictures.

more about: A Bump Along the Way

Interview: Shelly Love • Director of A Bump Along the Way

We interviewed Shelly Love, the director of the Northern Irish comedy A Bump Along the Way, starring Bronagh Gallagher and Lola Petticrew in the lead roles

We talked about the upcoming edition of Ireland’s IndieCork Festival with Úna Feely, its co-director

Review: A Bump Along the Way

Irish comedies have won big at this year's Fleadh, while Patrick Wang's A Bread Factory scooped the Award for Best International Film 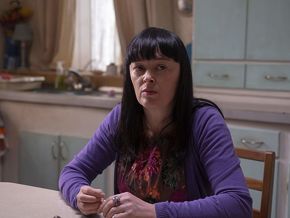 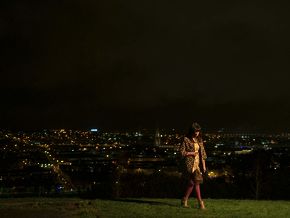 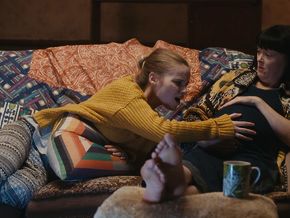 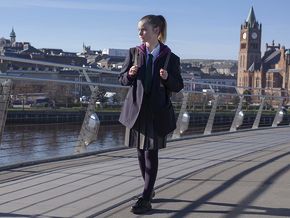