After a long and no doubt necessary period of gestation, the intriguing young duo composed of Maya Kosa and Sergio Da Costa are offering up Bird Island [+see also:
trailer
interview: Maya Kosa and Sérgio da Costa
film profile], a second feature film filled with a form of poetry which borders on the surreal, despite its intimate links with reality. Presented in the Filmmakers of the Present competition of the 72nd Locarno Film Festival, we find in this feature a to-ing and fro-ing between fiction and reality, the one giving rise to the other, as if by magic – an alternation which has always characterised the work put forward by the two Swiss directors (the former of Polish origins and the other of Portuguese).

Bird Island was born out of the project intitled “Milan noir”, which saw Sergio Da Costa crowned the winner of the prestigious Migros Culture Percentage Swiss Documentary competition on the subject of time, in 2016. Although the initial idea for the film inevitably evolved, the setting itself, the Ornithological Rehabilitation Centre in Genthod, Geneva, never changed. Indeed, it was around this highly unusual place, where both birds and people in pain (the former quite literally, the latter metaphorically) attempt to re-discover some sort of desire to live, that Maya Kosa and Sergio Da Costa developed their story, filling it with long observations, conversations held with the Centre’s daily inhabitants, not to mention a few unexpected surprises.

And, by way of the respect and curiosity for which they are known, these young directors have succeeded in capturing the atmosphere that reigns in this highly unusual “refuge”, where time is marked out by the taking-off and landing of aeroplanes at the airport nearby; a bothersome noise which finds itself transformed into a surreal lullaby of sorts. It’s a courageous if not brazen film which carries on down its own path regardless of expectations, sheltered from the surrounding frenzy and attempting to translate the slow and unrelenting rhythm of nature.

Bird Island is marked by the intentionally exaggerated, slow pace of nature, not to mention its tranquillity. But the film is also imbued with a certain cruelty and candour (we’re specifically referring to the wonderful shots of the veterinarian’s scalpel as it moves closer to the blood-soaked flesh of the raptors) which never fail to leave us dumbfounded. The clear contrast between the images of the mice which will be eaten by the birds and those depicting the loving care shown by the staff towards these unwell birds is reminiscent of a society which divides people into two categories: winners and losers. Featuring among the latter are the staff who work in the centre: individuals who are looking to get back to work after a particularly difficult period; the walking wounded, who are unable to keep up with the frenetic, dehumanised pace of life. And, as a result of this inability, they themselves are reduced to prey.

Much like the injured raptors, Paul, Antonin and the other workers in the Genthod-based centre must relearn how to hunt in order to survive in a society which “doesn’t allow for clumsiness” (as the vet explains to young Antonin, when discussing the rehabilitation of a kestrel). “What’s that smell?”, asks Antonin, a new arrival and the film’s protagonist, as he first visits the area where the mice cages are kept; “It’s shit. You’ll get used to it”, replies veteran, Paul. It’s a cruel yet simple opening phrase which could also sum up the film itself: magnificent in all its terrible and contradictory simplicity.

The content of the work is made all the more powerful by the scarcity of the dialogue. The film’s choice of words is judicious, ranging between wonderful and precise and bringing to mind the dialogue style used by Rohmer, but as if enriched with the simplicity and strange comedy of Kaurismäki. It’s almost as if the very many sequence shots punctuating the film are trying to express through pictures what has been left unsaid by words.

In hoping that Antonin will finally learn how to take flight, we allow ourselves to be soothed by the poisonous beauty of the images, which often appear before us as if “tableaux vivants”. In short, this is an intriguing and coherent second film by a directing duo who are bravely defending their own artistic identity.

Bird Island is produced by Geneva’s Close Up Films, who are also in charge of international sales, and by RTS Télévision Suisse.

"Contradiction is our mechanism, and it becomes absurd"

Shellac bets on The Tale of King Crab

The second feature from Alessio Rigo de Righi and Matteo Zoppis is co-produced and sold by the French company, which is expanding on all fronts 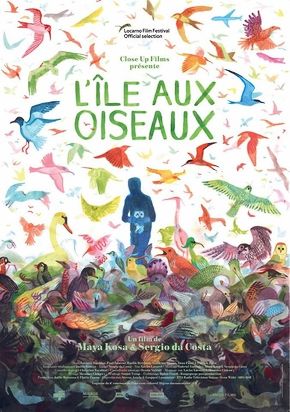 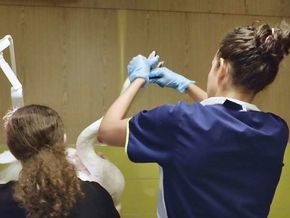 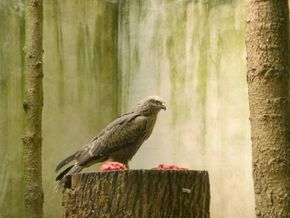 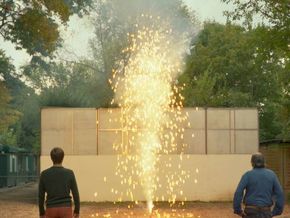 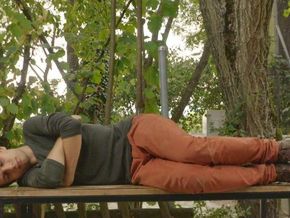 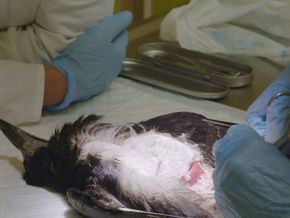 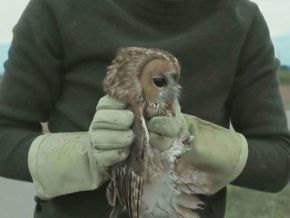