The opening film of the 72nd Locarno Film Festival is a delightfully told family story. Ginevra Elkann’s If Only [+see also:
trailer
film profile] is the story of a modern-day Italian family told through the eyes of a young six-year-old girl named Alma (Oro De Commarque). Alma is an unreliable narrator, more interested in her dreams than in reality. As she daydreams over a sermon in an Orthodox Church, she has two things on her mind: food, and seeing her biological parents together in the same place. In an amusing voiceover, Alma tells us about how her parents split when she was one. Five years on, her mother Charlotte (Céline Sallette) plans to move the family from Paris to Canada.

But before they leave for good, Charlotte sends Alma and her two older brothers, Jean (Ettore Giustiniani) and Seba (Milo Roussel), to Rome to spend Christmas with their biological father, Carlo (Riccardo Scamarcio). While Alma is an unreliable narrator, Carlo is simply unreliable. He is more interested in his screenplay and in his co-scriptwriter Benedetta (Alba Rohrwacher) than in looking after his kids. The first thing he does after they arrive is to visit a production house where he is pitching a film that he hopes will star Marcello Mastroianni. That done, he then drops the kids off to his unbelieving parents.

There is a touch of James Stewart's George Bailey about him, in his failure to see that family is more important than work, especially at Christmas time. But this film is about the three children and the way they cope with being part of a fractured family. Jean, the middle brother, likes to play on his Game Boy, while Seba feels the burden of being the eldest.

An impressive aspect of Ginevra Elkann's debut film is the way she keeps the narrative embedded in reality, while our narrator continually floats off into fantasy. There are no ghosts here, just a wonderful life. Are we supposed to believe everything that happens?

Alma doesn't see Carlo's faults. For the entirety of her short life, she has dreamed of getting her parents back together and she is even willing to drink a glass of her brother's pee to make it happen. Or is she?

Her obsession is amusing because her parents are clearly not made for each other. Carlo’s new muse Benedetta is far more suited to him, even if she is a natural-born liar, who steals second-hand clothes. Her wardrobe suggests that she has an eye for vintage clothes, as well as vintage men. She gets on well with her lover’s kids and even takes Sebastian on a day-trip, one destined to end badly.

Both Scamarcio and Rohrwacher live up to their stellar reputations with performances full of nuance and tiny quirks. But it's Oro De Commarque as Alma who steals the picture.

Director Elkann shows a wonderful ability to deal with heavy themes in a light-hearted way. Alma’s observations and dialogue are regularly droll. Some scenes are a little on the nose, but this is easily forgiven when we arrive at the grand finale, which takes place around a dinner table under the Roman sun. There are plenty of fine observations along the way that elevate simple situations, most notably when the women in Carlo's life share a cigarette in a car. Following a classical structure, even the pet dog has its pay-off. This is the funny, light and sentimental film on divorce that we didn't know we were waiting for.

If Only is an Italian-French co-production, produced by Wildside with RAI Cinema, and co-produced by Tribus P Films and Iconoclast Films. International sales are handled by RAI Com.

more about: If Only

“International players, both in the fields of production and distribution, are looking to Italy with great interest”

We spoke with David Bogi, Head of International Distribution and Business at Rai Com, on the eve of his departure for MIPCOM

The star attraction to be touted by RAI’s commercial arm at Berlin’s European Film Market is the Giorgio Diritti biopic on Ligabue, starring Elio Germano 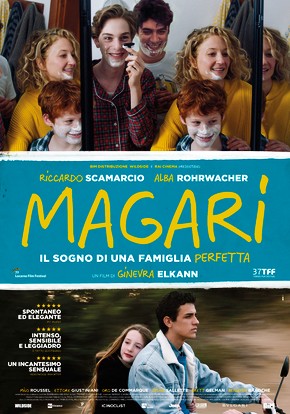 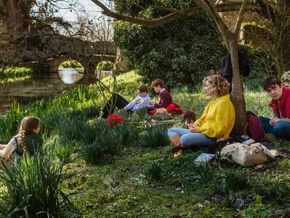 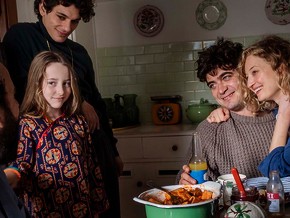