07/08/2019 - Rûken Tekeş' documentary is an emotional, instinctive examination of nature and of the 12,000 years of civilization that are about to be flooded due to a big state construction project

Rûken Tekeş might not be a filmmaker by education, but her work qualifies her to be one by trade. After the award-winning and EFA-nominated short documentary The Circle (2016), she is back with her feature debut Aether [+see also:
trailer
film profile]. After its world premiere at Visions du Réel and screenings at the Istanbul Film Festival, Documentarist Istanbul Documentary Days and Taormina Film Festival, it is running for awards in the Balkan Dox section of DokuFest in Prizren, Kosovo, while further festival exposure is in sight.

Ilisu Hydroelectric Dam is a Turkish state project that is supposed to provide electricity and economic stability to the country, as well as greater influence in the neighbouring Middle Eastern area. However, its construction will result in the creation of an artificial lake that will flood the region, which is under UNESCO protection due to its ecological, historical and cultural significance as the home of numerous species, of around 80,000 people, and of the ancient Mesopotamian cave city of Hasankeyf. Located in the eastern part of the country, in the valley of the Tigris river, it is largely populated by a Kurdish minority, which might explain why the state is ignoring the orders of UNESCO.

Tekeş and her crew took a 21-day trip around the area, visiting the settlements, the historical and natural sites that will soon be gone under water. The result of it is this film, devoid of any comprehensible dialogue, additional context or explanation. Divided in 21 chapters representing 21 days, all of its footage, which focuses more on the landscape than on the people living there, is edited in strictly chronological order. The only additional frame that could be used for interpretation is the ancient Greek philosophical theory of the four elements that the world is made of (earth, fire, air and water), with aether (which gives the film its title) being the invisible matter that imbues it all — the essence of things. Tekeş' mission is, obviously, to capture it.

Aether is a visually stunning film due to its landscapes caught through the lenses of four cinematographers (Ute Freund, Deniz Eyuboglu, Merle Yothe and Andres Lizana Prado), each representing one of the ancient elements. Meanwhile, its emotional dimension is usually dictated by its audio component — either by the sound design, handled by Paolo Segat and Roberta D'Angelo, or by Diler Ozer and Metehan Dada's original score, consisting of different kinds of droning sounds recorded on a variety of classical and electrical instruments. Because it was apparently filmed without any kind of shooting plan and edited instinctively by Marco Spoletini and Tekeş herself, the downside of the project is that it is not always clear how, why and on what merit some of the footage ended up in the final version of the film, while some of it did not. Nevertheless, as a personal farewell letter to the essence of the world that is about to be lost, and as a reminder that nature will survive all countries, states, people and even mankind, the film serves it purpose completely.

Aether is a Turkish-Italian co-production by Sarya Film Collective, while Rûken Tekeş, Billur Arikan and Gabriele Oricchio served as producers. It has not yet been picked up for world sales.

Rûken Tekeş' documentary is an emotional, instinctive examination of nature and of the 12,000 years of civilization that are about to be flooded due to a big state construction project 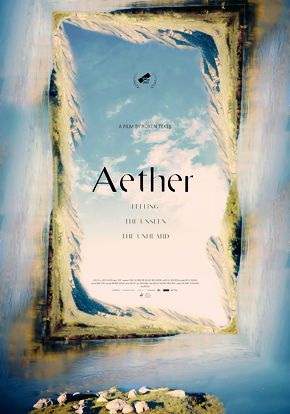 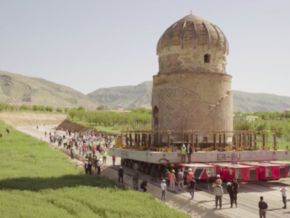