15/08/2019 - The new film from Roberto De Feo is an homage to Italian horror cinema and offers interesting ideas, but the weakness of the script jeopardizes its potential

Samuel (Justin Korovkin), a teenager in a wheelchair, lives with his mother Elena (Francesca Cavallin) and a small group of other people in a majestic estate, isolated from the rest of the world and immersed in nature, called Villa dei Laghi (Villa of Lakes). The boy appears to be growing up in a wealthy and caring family, dividing his time between piano lessons and a packed routine of duties and rules. The arrival of a 15-year-old girl named Denise working as a chambermaid will upset the fragile balance of the estate and of its inhabitants, accentuating Samuel’s desire to explore the outside world. This is the premise of the new feature from Roberto De Feo, called The Nest [+see also:
trailer
interview: Roberto De Feo
film profile] and in competition at the Locarno Film Festival in the Cineasti del Presente section. De Feo, born in 1981, comes to the project after having directed with Vito Palumbo the short films Ice Scream (2009) and Child K (2014), both very successful on the international festival circuit.

From its very first scenes, the film rather efficiently creates a disquieting and mysterious atmosphere, supported by an excellent cinematography by Emanuele Pasquet who makes great use of chiaroscuro. As viewers, we do not really understand why this small community — featuring stand-out performances from the always great Maurizio Lombardi (in the role of a sadistic doctor) and Roberto Accornero (playing a priest) — live in isolation from the rest of the world, without technology and completely cut out from society. Samuel looks like a weak and shaken young boy, who simply does not know any alternatives to obedience and duty.

The entire cast — including the very young Korovkin and Francesconi — communicate well the feelings of alienation, depression and madness that characterise their existence in perpetual isolation, giving life to credible and profoundly disturbed characters. The production design and the score by Teho Teardo, meanwhile, help immerse viewers in the film’s gloomy and claustrophobic atmosphere.

The main weakness of the project is in its plot development, which is at times rather too obvious. In fact, viewers should quickly be able to imagine where the film is going, suspicions which are confirmed by a predictable ending that lacks bite and leaves many — indeed, too many — questions unanswered. Overall, it feels like watching a film that tries to be original and to stand out from conventional genre cinema, but which falls victim to those very constraints when it tries to pay homage to genre tropes, themselves already explored at length in the past by Italian horror cinema and more recently in American TV series.

All in all, the Bari-born director does a good job, but the film could have no doubt benefitted quite significantly from fresher and more original writing. Fans of horror cinema and of the films of Dario Argento and Lamberto Bava will probably be satisfied and appreciate the aesthetic qualities of the film.

The Nest is produced by Maurizio Totti and Alessandro Usai on behalf of Colorado Film, by Davide Novelli for Vision Distribution and by Roberto De Feo for Prem1ere Film. International sales are handled by Roman company True Colours.

more about: The Nest

“I wanted to tell the tale of a world cut adrift, using as a metaphor the story of a family living in a place outside of time”

Cineuropa met with Roberto De Feo, the director of horror flick The Nest, which is competing in Locarno’s Piazza Grande

The movie, an “emotional horror film” set in a version of Rome on the point of imploding, is produced by Propaganda Italia and Belgium’s GapBusters and stars Fabrizio Rongione and Cristiana Dell’Anna

VENICE 2020: Andrea Segre’s new film is an intimate, melancholy and moving story shot before and during the lockdown period 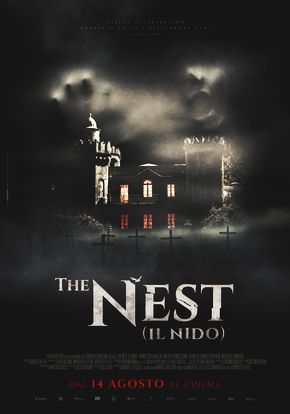 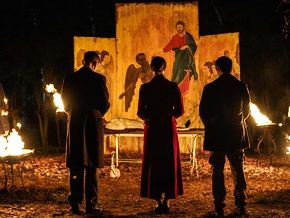