08/08/2019 - Hovering between dream and reality, this film by director Maya Da-Rin takes us by the hand and guides us through the complex universe of Brazil’s indigenous Desana community

Rosa Peixoto and Regis Myrupu in The Fever

After a lengthy period of research and development (6 years of work and travel just to get the film started) which saw the French-educated Brazilian director and artist Maya Da-Rin grace the likes of Cannes’ Cinéfondation and TorinoFilmLab (among others), The Fever [+see also:
trailer
interview: Maya Da-Rin
film profile] is finally making an appearance at the Locarno Film Festival in the International Competition.

Delicate and dangerous, much like nature itself, The Fever is testament to Maya Da-Rin’s extraordinary ability to dig down deep into the lives of her protagonists (people/characters), listening with interest to what they have to say before transposing it all into images. It’s a creative process which clearly owes a lot to the director’s documentary work and which is further enriched by her artistic sensibility; a mix of reality and fiction which goes beyond the confines of the here and now, guiding the viewer through a dream-like universe, closely connected with the sensibilities of the indigenous Desana people on which the film is (indirectly) focused.

Although the film is “classified” as fiction, the scenes portrayed are inspired by situations which the protagonists actually experienced or which could, in all likelihood, have taken place. This co-construction, carried out by the director and her actors and born out of a lengthy improvisation process, affords the film an almost surreal fluidity and an apparent, disconcerting simplicity. Light-years away from romanticised approaches which examine indigenous cultures of Brazil (and elsewhere) through rose-tinted glasses, Maya da-Rin fearlessly navigates between good and bad, black and white, exploring the middle zone between cities and immense forests, where Justino (the wonderful Regis Myrupu) appears to be trapped. It’s a complex zone, much like the contemporary indigenous societies (of which the Desana people are one) of north-western Brazil, which are exiled in large and dehumanising, cement-filled urban centres such as Manaus.

Following the recent passing of his wife, Justino lives alone with his daughter Vanessa (the mysterious and intense Rosa Peixoto) who works as a nurse in the city hospital. When Vanessa announces her imminent departure for Brasília to study medicine, Justino, who works as a security guard in the city’s immense dockyard, begins to develop a mysterious fever whose cause is unknown to his doctors. Unconvinced by traditional medicine, Justino tries to explain to his daughter that the source of his illness is something entirely different, something which she couldn’t possibly understand. Like a hunter deprived of his gun, the mysterious protagonist of The Fever treads carefully, walking the tightrope dividing his identity in two: half indigenous Desana, half city-dweller like any other. Followed by a mysterious feline which seems to embody his wild nature, free from the restrictions of the society in which he lives, and constantly battling against an intense tiredness which tries with all its might to transport him into the complex world of his forefathers, Justino lives each day at a time, dancing a dance which he no longer feels to be his own. Much like the particular cosmogony of the societies indigenous to north-western Brazil, The Fever reawakens an acute sensitivity in its actors, which falls somewhere between waking-state and dream. “They woke up something that was asleep inside of us; they made us see what we didn’t know”, says Regis Myrupu. It’s a strong statement, which could equally be applied to the director herself, her sensitivity and the respect she shows her characters, who are offered the extraordinary opportunity to showcase the richness and complexity of their culture.

The Fever is produced by Brazilian outfits Tamanduá Vermelho and Enquadramento Produçoes and is co-produced by French firm Still Moving, alongside German group Komplizen Film. Still Moving are also heading up international sales of the film.

more about: The Fever

“Cinema has the propensity to exoticize indigenous peoples”

Brazilian director Maya Da-Rin tells us about her debut feature, The Fever, selected in competition in Locarno

Alejandro Loayza Grisi crafts a highly promising, existentialist and mystical first feature film about a family of three Quechua Indians against the spectacular backdrop of the Bolivian Altiplano 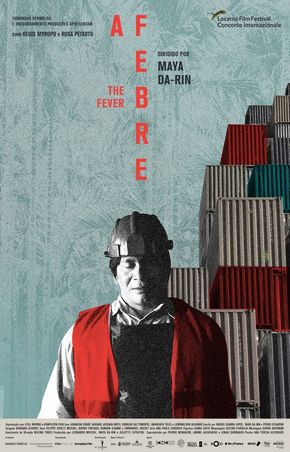 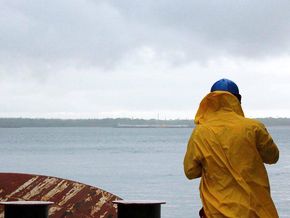 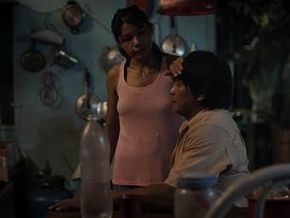