Review: The Girl with a Bracelet

09/08/2019 - Through a news story, Stéphane Demoustier’s film touches on the thorny issue of generational differences

Annie Mercier and Melissa Guers in The Girl with a Bracelet

“I wanted the viewer to face the mystery that this teenager (Lise, the film’s lead character) represents”, Stéphane Demoustier explains. He is talking about his new film The Girl with a Bracelet [+see also:
trailer
interview: Stéphane Demoustier
film profile], which had its world premiere at the Piazza Grande of the Locarno Film Festival.

The story told in The Girl with a Bracelet is as simple as it is mysterious: eighteen-year-old Lise, played by the young and intriguing Mélissa Guers, is accused of the murder of her best friend, which took place two years prior. All we know about this brutal crime are the facts told at the trial: the apparent absence of Lise, who had slept at her friend’s house after the party they had organised there together, during the murder; an absence which was posthumously confirmed by her brother; the absence of the murder weapon; and the presence of the accused’s DNA on the victim’s body. A piece of evidence which could have been irrefutable is Lise hadn’t explained, with disconcerting calm, that the two best friends had “made each other feel good” during the young victim’s last night alive. A mysterious case made even stranger by the almost complete lack of justifications from Lise and her apparent lack of concern about a sentence which could cost her a lot.

What intrigues from the beginning is the fact that the trial is, in hindsight, only the frame in which Stéphane Demoustier stages an even more intriguing confrontation: that between the generation of Lise’s parents, and her own. Very much aware of the fact that we are not in an American tribunal where, as many films showed us, anything can happen, we let ourselves lulled by resonant statements and constantly questioned facts that always bring us back to the mystery of Lise’s face. An impenetrable face which seems to sum up the mystery that the younger generation represents for the uninitiated. A generation laid bare and minutely examined through the magnifying glass represented by the trial, which exposes every small and appartney banal liberty: sex without emotional involvement, gender permeability, the teenagers’ ease in switching partners, their constant search for a satisfaction that is difficult to define.

The complexity of intergenerational relations, the incomprehension that reigns between the different factions — which seems to accuse Lise much more severely than the evidence against her — ultimately becomes the central theme of the film. A confrontation that is much more interesting than the actual trial, and which frees the film from the heaviness which undermines most legal thrillers. Instead of focusing on what happens in court and keeping the viewer in a constant state of alert regarding the fate of the accused, the director directs his gaze towards the direct consequences of the trial on both Lise and her family (her father is played by Roschdy Zem, and her mother by Chiara Mastroianni). Ultimately, and beyond the final verdict, this family unit will never be the same: the truths of each member have been uncovered, and the masks have inexorably fallen.

This profound study of everyone’s needs unveils the astonishing differences that separate Lise not only from her parents, but also from the young attorney general, and which instead bind her even more surprisingly to her “ancient” lawyer, the most relaxed of all when it comes to the issues of morality raised during the trial. Do we really know our children? Or rather, do we have the courage to know them? What if Lise’s crime simply was that of being an adolescent of the 21st century?

The Girl with a Bracelet is a Franco-Belgian co-production by Petit Film, France 3 Cinéma and Frakas Productions. International sales are handled by Charades.

more about: The Girl with a Bracelet

Interview: Stéphane Demoustier • Director of The Girl With A Bracelet

"Do we really know our children?"

Review: The Girl with a Bracelet

Through a news story, Stéphane Demoustier’s film touches on the thorny issue of generational differences

EXCLUSIVE: Clip for Stéphane Demoustier's The Girl with a Bracelet 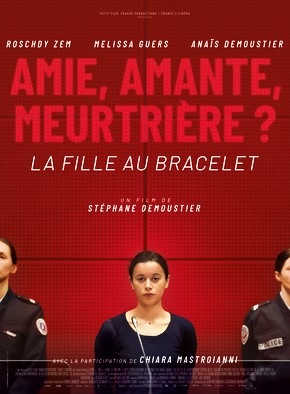 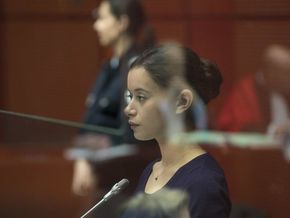 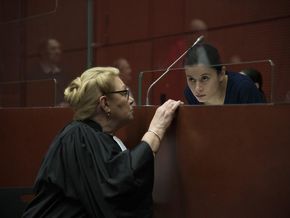 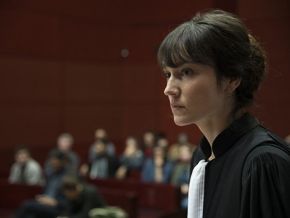 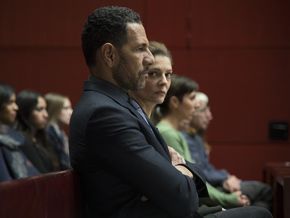 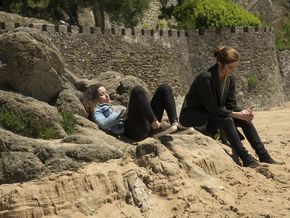