Mariko Tsutsui in A Girl Missing

Presented in a world premiere in the International Competition of the Locarno Film Festival, A Girl Missing [+see also:
trailer
film profile] (a co-production between Japan and France) by Japanese director Kôji Fukada teaches us to look for the reality beyond appearances, attuning the audience to an inaudible frequency which transmits an unfamiliar and funereal song.

Much appreciated in France where he was bestowed the prestigious title of Knight of the Order of Arts and Letters in 2010, followed by the Jury Award of Cannes’ Un certain regard section in 2016 (with his film Harmonium [+see also:
trailer
film profile]), Kôji Fukada continues to fix his lens on a society of seemingly immutable calm, still like the waters of a tranquil lake. This lake, however, is known by the director to be inhabited by frightening creatures, which he doesn’t hesitate to scrutinise up close, going so far as to look them straight in the eye. Wrestling with these disconcerting monsters (known as incommunicability, loss and perversion) on this occasion is Ichiko (played with surgical precision by Tariko Tsutsui), the protagonist of A Girl Missing, who sees her honestly-built world evaporate as a result of a fatal accident.

A home hospice nurse who cares for sick people in the final stages of their lives, Ichiko’s life revolves around pragmatism. This pragmatism serves to simplify the various component parts of her existence and mirrors her tendency to accept reality for what it really is. Despite her efforts to uphold the facade of honesty which characterises her daily life – a job, a boyfriend, a house - Ichiko can’t prevent the inevitable. And once the bomb eventually goes off, this quiet nurse is forced to face up to the true tenuousness of her perfect existence.

When one of the two granddaughters of the elderly woman whom Ichiko looks after mysteriously disappears and it’s discovered that the abductor is none other than Ichiko’s nephew, her world begins to vacillate dangerously, before finally crumbling altogether when Motoko (the elderly woman’s other granddaughter), who has become a friend and confidant of the protagonist over time, points the finger at Ichiko. Indeed, Ichiko once told Motoko that she’d pulled down her nephew’s pyjama bottoms out of curiosity when he was a child, an episode which Motoko believes has gone some way to creating the monster her friend’s nephew has become. A media frenzy ensues, which quite literally puts our protagonist’s back against the wall, forcing her to confront the ghosts of a past populated by shadows and leading her to develop a thirst for vengeance which is anything but socially acceptable. It’s an unstoppable feeling becomes the driving force of her existence.

Ichiko shows us just how developed our survival instinct truly is; this internal mechanism known as a determination to “continue living despite the absurdity of life”, to borrow the words of the director.

The tale is composed of two parallel time-periods: one which describes what happens before, during and immediately after the abduction, and the other which narrates the life of Ichiko as she prepares her vendetta against Motoko; a vendetta which smacks of vengeance against life itself. Without ever resorting to flashbacks, the two time-periods co-exist, much like the antithetical subtexts of this story: one acceptable, the other monstrous.

Who is Ichiko? What lies beneath her apparent normality? These are the questions which the dual narrative attempts to answer, highlighting the imperfection (or maybe even the perversion) which characterises our own world and the frailty of our social ties. These are fragile and frightened worlds which we’re living in, hiding behind oceans of fake smiles.

more about: A Girl Missing 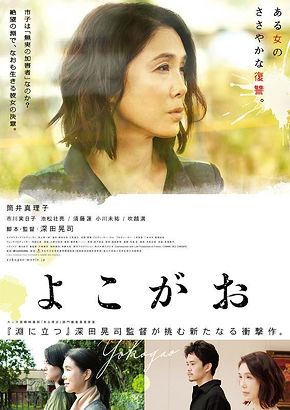 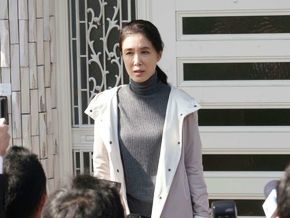 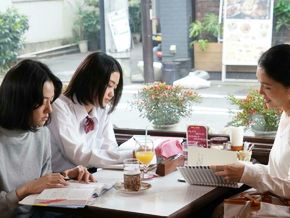 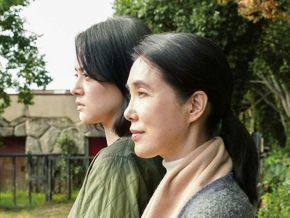 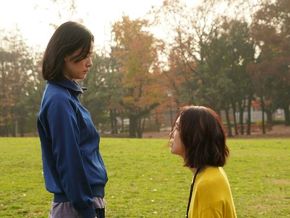 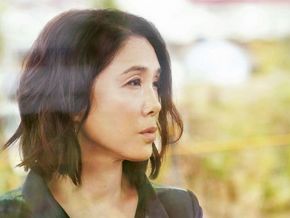 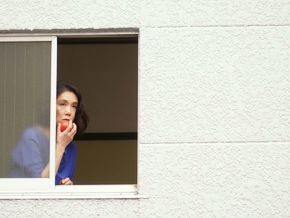