Maud Crayon (played by the director), an architect who is a bit in disarray, single mother of two teenagers and crutch for an ex-husband who fails to take his own responsibilities, dreams of escaping from a reality that has become unbearable. Winner, against her will, of an extremely important architect competition which rewards the best renovation project for the square in front of Paris’ Notre Dame cathedral, Maud finds herself facing a series of unexpected and destabilising situations: an ex-fiance called Bacchus (the mysterious Pierre Deladonchamps) and a pregnancy that definitely wasn’t planned. Despite her reservations, in order to be happy, Maud will have to bring clarity into her life, revealing to former and current lovers what she really feels.

Notre dame is a “feel-good movie”, a Prozac tablet that acts directly on the brain, releasing a welcome dose of serotonin. It is invigorating to realise that there still are directors who do not take themselves too seriously or run on the kind of mannered intellectualism which quickly turns from the cerebral into the indigestible. Cinema and art in general fortunately aren’t impervious to (auto) derision and to a healthy, necessary laugh.

The latest film from Valérie Donzelli successful combines formal rigour and existential lightness. The characters who inhabit this at times slightly surreal Paris are extremely human in their imperfections as “beautiful losers”. For them, imagination becomes a weapon, an escape from the stifling rigor of the real. “I adore comedies and burlesque cinema, I love it when things are ‘out of place’, it is a way of looking at the world that touches me, that brings with it a touch of humility and poetry”, explains the director, referring to the use of dreamlike moments in her film. “Poetry” and “humility” indeed summarise Notre dame well, a film that becomes, thanks to its unique gaze, poetic and carefree. Even though the world certainly does not seem to be very well, the characters in Notre dame do not let themselves slide into self-pity and miserabilism. On the contrary, they look at the present and the future with a dose of slightly surreal fatalism. In the parallel universe that Donzelli has created, making mistakes is accepted, if not inevitable.

With the offbeat and politically incorrect humour that characterises her work, Donzelli addresses the misery of the world through the prism of imagination. Maud allows us to observe the world through a deforming lens with pastel colours that transforms sadness into poetry, failure into victory.

Notre dame is produced by the French Rectangle Productions, Les Films de Françoise and France 2 Cinéma and by the Belgian Scope Pictures. International distribution is handled by Playtime.

Virginie Efira and Melvil Poupaud stand out in the cast of this Rectangle-produced adaptation of Éric Reinhardt’s novel, embarked upon the director and Audrey Diwan

Pascal Elbé wraps filming on Hear Me Out

Current tensions and potential solutions are on the agenda of the ARP’s 29th Film Meetings, unfurling 6 – 8 November 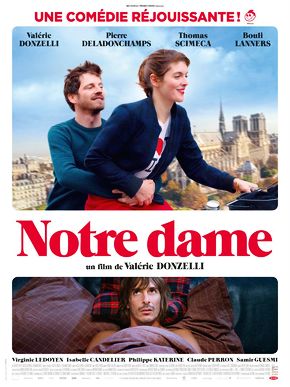 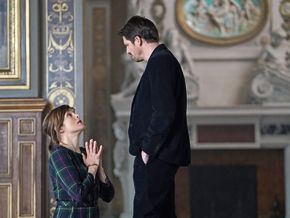