Review: Wonders in the Suburbs

Jeanne Balibar in Wonders in the Suburbs

Boasting an impressive cast (Emmanuel Béart, Ramzy Bedia, Mathieu Amalric, Florence Loiret Caille, Jeanne Balibar herself and many, many others) and presented in the Locarno Film Festival’s Filmmakers of the Present competition, Wonders in the Suburbs [+see also:
trailer
film profile] is a truly atypical work which sits outside of time, and on occasion appears wilfully “out of fashion”.

An unlikely mix of romantic comedy - more specifically, the Hollywood subgenre of second marriage comedy - and musical, this first film conceived of entirely by Jeanne Balibar has the undoubted advantage of not seeming to care one little bit about the naivety it often slips into and which can sometimes prove rather irritating to the viewer. Plumping for innocence over cynicism, the French actress and director uses her actors to construct a municipality which is utopian and borderline provocative in its candid simplicity. It’s as if the film is looking to remind us that we often waste the same reserves of energy loving as we do hating and that we should each try, at least once in our lives, to take the path of love. The consequences of such a journey could prove nothing short of incredible!

After a lengthy separation, Joëlle (Jeanne Balibar) and Kamel (Ramzy Bedia) finally divorce. The problem is that they both work in the same crazy team led by Emmanuelle Joly (Emmanuelle Béart). Ms Joly is the new mayor of Montfermeil, a French municipality located on the periphery of Paris which actually exists, and which is all too often relegated to the background, like many towns of its kind. Alongside their other high-spirited colleagues, Joëlle and Kamel work hard in an attempt to deliver on the decidedly non-conformist promises made in the electoral campaign by Mayor Joly: siestas for everyone, vegetable patches on building rooves, home-based sexual assistance services, the construction of an international language school where all tongues will finally be considered equal, kilt or kimono days, and many other ideas which don’t actually appear to enthral any of the inhabitants of the multicultural Montfermeil community (indeed, why should they?). As you can well imagine, many enemies lie in wait beyond the utopian confines of the territory ruled over by Madame Joly, ready and willing to do whatever it takes to sabotage any initiatives likely to scupper their plans to expand Paris well beyond its present confines. However, it will take far more than this to shake off the childlike naivety which seems to have taken hold of Montfermeil, seemingly under the influence of some kind of psychotropic herbal remedy. What really counts, at the end of the day, is knowing whether Brioche Day can be organised in all its usual sugary splendour.

Decidedly original in tone and underpinned by an extremely precise writing style, Wonders in the Suburbs skilfully conceals its true aims, enfolding them within a layer of pastel-coloured gift wrap. Never overtly political, the film puts itself forward as an acceptable utopia all in all, and even though its proposals are, at times, somewhat exaggerated, they aren’t actually as absurd as they initially seem. Why not spend more time with unemployed people who are looking for work, emphasising the importance of listening to what they have to say? And why not share our linguistic knowledge in a context of reciprocal and egalitarian exchange?

Jeanne Balibar brandishes satire like a sword, battling against the messages of hate which intrude upon our everyday life to the point that we almost don’t notice them. Like a piece of music composed of mysterious words (namely, those of the languages spoken by the inhabitants of the municipality), Wonders in the Suburbs advocates togetherness and posits joy as a universal and cathartic need. It’s a simple message, sure enough and it might seem rather simplistic to the more cynical viewers among us. But, at the end of the day, the film acts as a much-needed warning cry against the indifference which appears to be dangerously invading everything around us.

Wonders in the Suburbs is produced by Film(s) and Vito Films, and is co-produced by Les Films du Cap, Les Fils de and Rectangle Productions. Les Films du Losange will be handling international sales.

more about: Wonders in the Suburbs

Review: Wonders in the Suburbs

The actress-director is sharing the billing with Ramzy Bédia, Emmanuelle Béart and Mathieu Amalric in this feature that will be sold by Les Films du Losange 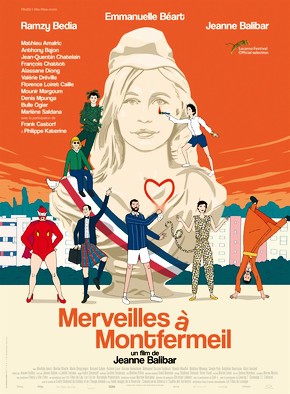 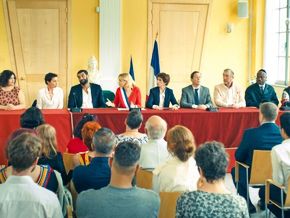 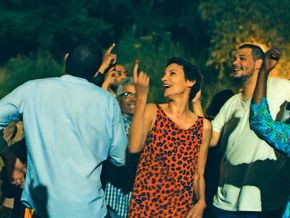 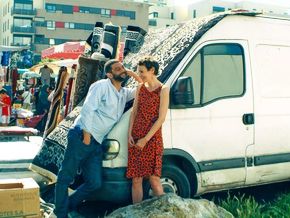 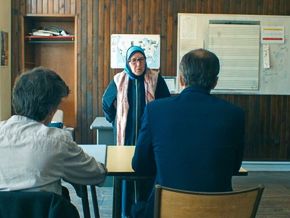 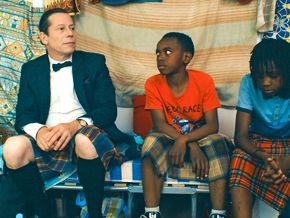 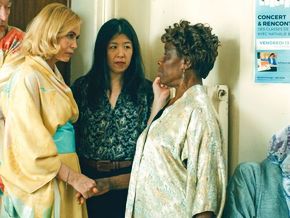