Review: The Science of Fictions

16/08/2019 - With Yosep Anggi Noen’s title, seems like the competition for the oddest film celebrating this year’s 50th anniversary of the moon landing is already over

Shown in the International Competition of the Locarno Film Festival, Yosep Anggi Noen’s co-production between Indonesia, Malaysia and France sounds a bit like an elaborate joke, setting up the punchline by having unassuming farmer wander into a place he believes to be completely deserted only to discover a film crew, in the middle of shooting moon landing, no less. Predictably, witnesses to such wrongdoings are not welcome and once captured, Simian gets his tongue cut off. But in The Science of Fictions [+see also:
trailer
film profile], that is not the end of his troubles. From then on, invariably silent, he only moves in slow motion. Just like astronauts in outer space — or was it just a dark forest?

So far, so Buster Keaton – with equally poker-faced Gunawan Maryanto milking every never-ending movement and gesture while those closest to him bite their nails in frustration, it could all read pure slapstick, save for some unseemly nastiness at the beginning. But the initial concept, however peculiar, is only a starting point, leading right into the shady workings of a society. Not just in Indonesia, although Noen doesn’t care much for hiding local detail and seemingly reflects upon a bloody 1965 coup that claimed hundreds of thousands of lives yet was swept under the rug. The film reflects on society just about everywhere, reminding us that although the term itself might be currently enjoying an all-time high, ‘fake news’ are in no way yesterday’s creation. All with the help of an iconic event which, after numerous discussion boards and “hard-hitting” documentaries blaming just about everyone (but mostly Stanley Kubrick), went from a nutso conspiracy theory to a pretty acceptable view.

The director seems to point out that, from people meticulously erased from old photos, to famines that killed millions yet were never officially acknowledged (Agnieszka Holland’s recent Berlinale entry Mr. Jones [+see also:
film review
trailer
interview: Agnieszka Holland
film profile] also pops to mind, with one man’s attempt to reveal the truth about 1930s Holodomor), lies were and still remain just about everywhere. As the terms are dictated not by common sense but by the majority dictating the terms, not common sense, the Asch conformity experiment is now transformed into much simpler likes and retweets. Although the film itself can’t quite match its ambitions, failing to keep up the interest and brought down by a terrible, sentimental ending, there is no shaking off a certain feeling of melancholy about the entire thing. The idea that the only person refusing to go along with the craziness would be some ridiculed man, moving at his own snail pace and miraculously passing by the constant flow of ever-more-absurd information, is striking. Hell, for all we know the moon landing could have been shot in Indonesia. Some discussion boards are lighting up as we speak.

more about: The Science of Fictions

Perhaps not so unexpectedly, the rigour and tenacity of Portuguese filmmaker Pedro Costa seduced the jury of the International Competition

Review: The Science of Fictions

With Yosep Anggi Noen’s title, seems like the competition for the oddest film celebrating this year’s 50th anniversary of the moon landing is already over

Five film projects from Argentina, Chile, Mexico, China and Indonesia, and their attached European co-producers, will receive support from the IFFR initiative

The 4th edition of the event is being organised as part of the Venice Production Bridge, which will be held from 31 August-5 September during the 74th Venice Film Festival 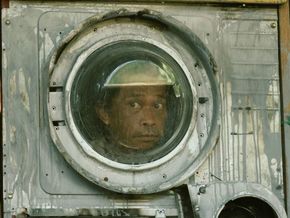 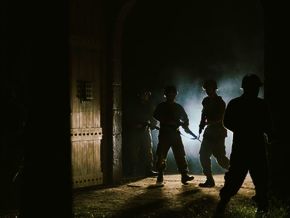 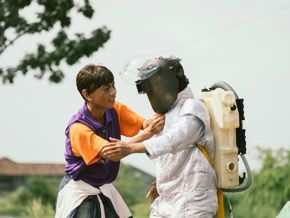 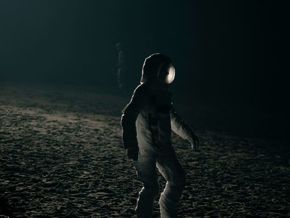 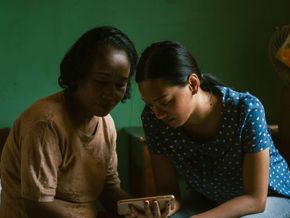