LOCARNO 2019 Out of Competition

Review: Baghdad In My Shadow

13/08/2019 - Adopting a characteristically lucid and multifaceted approach, Samir addresses the complex and sensitive subject of exile

Haytham Abdulrazaq and Shervin Alenabi in Baghdad In My Shadow

In Baghdad In My Shadow [+see also:
trailer
film profile], the director’s most recent film which was presented out of competition at the Locarno Film Festival, Samir sets his characters the challenge of contending with the three greatest taboos of Arab society: atheism, adultery - and more specifically, the condition of women - and homosexuality. It’s a bold move, without a doubt, which puts the very lives of his protagonists at risk; artists and activists living and fighting in Baghdad for their freedom of thought.

Captaining this fierce group of actors is Haytham Abdulrazaq, a famous and well-respected Iraqi actor who plays the part of Taufiq, an atheist poet and communist who’s sought refuge in London, like his friends at the Café Abu Nawas. Next comes Amal, played by the young, charismatic Iraqi actress and activist Zahraa Ghandour, who lives in the English capital with the false identity of a persecuted Christian in order to escape the claws of her despotic husband, and Waseem Abbas, originally from London, who plays young homosexual Muhamad. Although Samir had been lucky enough to meet two courageous artists such as Haytham Abdulrazaq and Zaharaa Ghandour, no other Iraqi actor had had the audacity to play the character of a homosexual, considered to be a true abomination in Arab society. The intention of this director, who has always involved himself in complicated issues on immigration and who has, from the very outset, tended to relegate actors better known in our part of the world  - and thereby more attractive for the wider public (Kerry Fox, Andrew Buchan…) - to secondary roles, is to counteract the Eurocentric representation of the world, a theme that’s at the very heart of this film.

As he recounts the daily life of these three characters, plagued with unforgiveable flaws (atheism, female adultery and homosexuality) and surrounded by a closely knit but extremely diverse group of fellow countrymen and women, Samir tries to convey the complexity of living in exile from an insider’s perspective. Even though, on the one hand, the many Muslims living in exile here – and, more specifically, Iraqis such as the director himself - tend to be educated and well-integrated individuals who know their host country very well (not forgetting that Iraq is a former British colony), they’re nonetheless often seen through the deforming lens of prejudice as a result of their religion. This gives rise to a certain sentiment of rejection, driving them to seek each other out and to come together in places such as Cafè Abu Nawas, forming what many believe to be “parallel societies”, to borrow the words of the director.

At the same time, and in undeniably paradoxical fashion, Baghdad In My Shadow reveals the constant clashing of prejudices which also takes place within these complex micro societies themselves (housed by cafes and places of worship, but which nonetheless constitute genuine family units), as a result of the various traditions of individual countries of origin, which each and every person carries inside of him or herself. “Each of them carries their own story with them; they always have, at all times, like a shadow”, explains Samir, as if to remind us that beyond the black and white over-simplification which often afflicts migrant identity, only the individual can truly understand the contradictions which inhabit him or her. By telling the tale of how these protagonists experience the complexity of their own identities, (as a Muslim homosexual, as a wife in hiding and as a communist atheist), Baghdad In My Shadow reveals the many and varied sensibilities which come to form the often anonymous “group of Muslims in exile”, who inhabit our cities like shadows. In so doing, the film holds up a mirror through which we are left to observe and take stock of our presumed western omniscience.

With this latest film of his, Samir provides fresh insight into a complex situation which, for fear of disrupting the status quo, we would often prefer to minimise. He builds bridges which are invisible yet essential to the survival of us all, in this world caught between melancholy and ultra-modernity.

more about: Baghdad in my Shadow

Review: Baghdad In My Shadow

Adopting a characteristically lucid and multifaceted approach, Samir addresses the complex and sensitive subject of exile

Baghdad In My Shadow by Samir in production

The Iraqi director, who has been based in Switzerland for years now, is back showing us the country he was born in, but this time through the medium of fiction 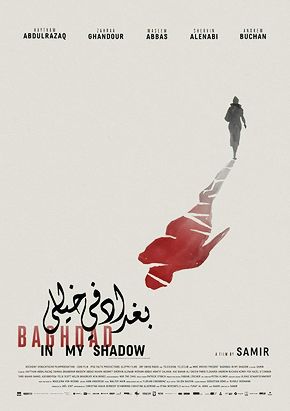 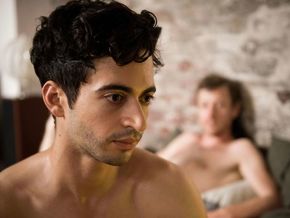 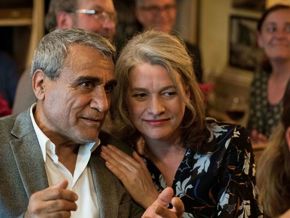 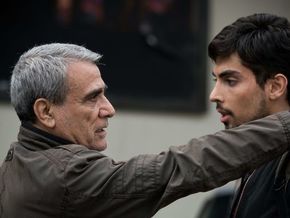 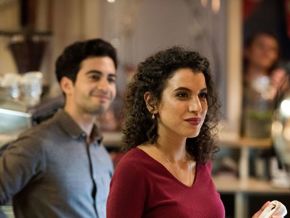 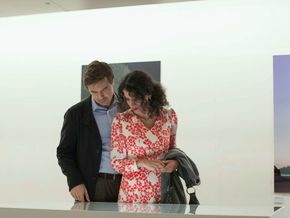