Bulgarian artists and filmmakers Boris Missirkov and Georgi Bogdanov are the founders of the country's most prolific documentary company, Agitprop, for which they lensed acclaimed films such as The Mosquito Problem and Other Stories, Corridor #8 and Dad Made Dirty Movies. At DOK Leipzig, they world-premiered their feature-length documentary Palace for the People [+see also:
trailer
film profile], which is now screening in the documentary competition of the Sarajevo Film Festival (16-23 August).

The film focuses on five monumental buildings erected in Europe during the communist era: the Lomonosov Moscow State University, the Belgrade Palace of the Federation, the Berlin Palace of the Republic (the only one that has been demolished), the Sofia National Palace of Culture, and the Bucharest People's House. Split into chapters dedicated to the individual edifices, the documentary combines archive footage with interviews with experts, architects and former or current employees, as well as some observational segments of the way people are experiencing these buildings today.

Although this topic provides an opportunity to place these buildings in the essential context of societies of the time and to connect them to the present, Palace for the People appears more concerned with its highly polished style than with its actual content. The things we learn about each of the buildings would be among the first results of a rudimentary Google search, and the film rarely goes into much deeper detail.

Lomonosov really is a self-sustainable city, the Belgrade Palace was Yugoslavia's political hub and is now a tourist attraction, the Berlin Palace of the Republic was the greatest technical wonder of its time (the result of German efficiency combined with communist ideology), the Sofia National Palace is the largest multifunctional centre in South-East Europe, and Ceausescu built the Bucharest People's House after the 1977 earthquake, moving centuries-old churches to make room for the second-largest building in the world, after the Pentagon.

Some of the protagonists express their political views, which could lead to a dialogue between differing opinions and among different segments, but Missirkov and Bogdanov leave them hanging on their own. When the curator of the Belgrade Palace says that Tito was a dictator, there is no opposing view nor a connection to, say, Honecker or Ceausescu. Instead, a lady employed there describes why she likes to drink coffee in specific halls of the building, and how she grew up in Yugoslavia only to be devastated when it fell apart — the kind of testimony you will find in 90% of the films about this period.

In what might be an attempt at connecting the segments to one another, the filmmakers include encyclopaedia definitions of terms such as "federation", "memory", "time", "communism", and quotes from Karl Marx and Boris Groys. These are read by a narrator whose voice is backed by the sound of a turntable needle on an old record — adding to the impression of superficial style dominating content. Similarly, the score, employed in a slightly comical way, harks back to particular periods, underlining rather than expanding on the visuals with a self-knowing wink, which implies the authors' self-perceived elevated position over the subject matter.

It is difficult to achieve a truly in-depth look at such a complex topic, since each of the buildings could make for a fascinating 90-minute film. A limited documentary series would probably have been a better-suited format.

Palace for the People is a co-production between Bulgaria's Agitprop, Germany's Filmtank and Romania's Icon Production, with the participation of Swedish broadcaster SVT. Paris-based company Wide House has the international rights. 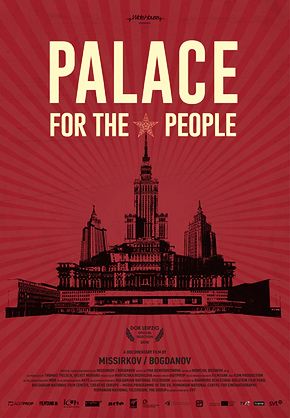 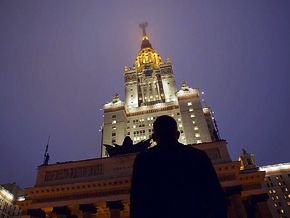 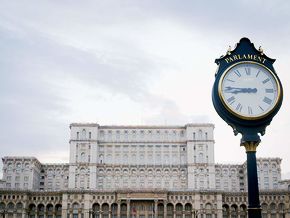 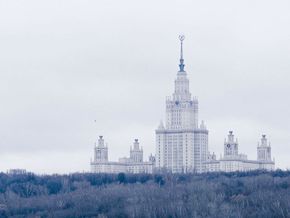