We meet Mo (Dana Rogoz) and her best friend Vera (Mădălina Craiu) at the train station in their provincial hometown. From their conversation, it becomes clear that they are students on their way to Bucharest, where they are supposed to pass a difficult exam. Clear, too, is the fact that they haven’t studied enough, and that their only chance of passing the exam is to cheat by using a smartphone. But things go awry when Mo is caught by the professor, Ursu (an impressive, chameleonic Răzvan Vasilescu), and her phone is confiscated. Later on, a call from Ursu seems to imply that all is not lost for Mo and Vera’s exam…

Even if not all the pieces of the story efficiently click into place, Mo succeeds in creating an attractive, unpredictable dynamic among the three characters – one that feels like it has been constructed in laboratory conditions, each element in perfect balance with the others so that the abuse of power can better be analysed. We have the provincial girl, struggling to come to terms with her difficult past and going through the motions with her studies. In the other corner of the ring, there’s the cultured, experienced, well-spoken professor. While he is her way towards a successful exam, she, on the other hand, has what he desires: youth, energy and beauty. Where will the give-and-take stop?

This exciting dynamic is greatly aided by two very important elements: the complex and credibly written professor, as well as Vera’s influence, a catalyst then an inhibitor in the interesting relationship developing between the title character and Ursu. The film encourages the audience to continuously evaluate the professor, re-negotiating his position as a hero or villain, and therefore creates a thriller environment that recalls the stages of desire mentioned in Al Pacino’s monologue from The Devil’s Advocate. Will Ursu just look? Will he touch? Could he dare taste? Is Mo in danger?

One of Romanian cinema’s most popular actors, Vasilescu doesn’t disappoint, offering a nuanced, unpredictable performance, switching registers from humour to sarcasm and from kindness to cruelty as quickly as a snake’s bite. With kung fu moves and guitar songs, bits of movie trivia and impressive cooking skills, Vasilescu makes his character shine indeed. By contrast, Mo may appear clichéd, but how could she not? Her part in the story is to be the low-hanging fruit, the easy temptation by which Ursu’s ethics will be judged.

Mo was produced by Scharf Advertising (Romania). It will be released in Romania by Bad Unicorn in October. The film is being handled internationally by Wide.

“All I wanted was to tell a credible story”

Romanian director Radu Dragomir invites us behind the closed doors of Mo, his first feature currently screening in competition at Sarajevo

The Scharf Advertising production was presented at CineLink Work In Progress

The new projects by Aida Begić, Kaan Mujdeci and Tinatin Kajrishvili, among others, are selected in Sarajevo's co-production market 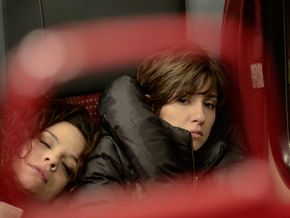 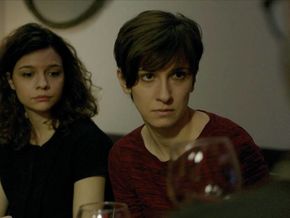 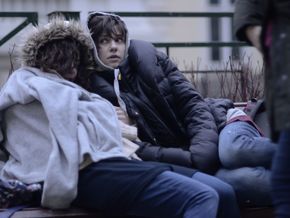