23/08/2019 - Laurent Micheli paints the portrait of a young transgender woman who, in order to fully start her new life, will first have to make peace with the ghosts of her past

Laurent Micheli gained recognition in 2016 with his auto-financed feature debut, Even Lovers Get the Blues [+see also:
film review
trailer
film profile], which explored the post-modern love affairs of a group of thirty-somethings trying to reinvent the rules of relationships both sentimental and sexual.

The director is now back with a second feature, Lola [+see also:
trailer
interview: Laurent Micheli
film profile], premiering at the Angoulême Francophone Film Festival. The film paints the portrait of Lola, an 18-year-old transgender woman who, just as she is finally able to get her operation, learns that her mother — who was going to support her financially — has died. Lola and her father haven’t seen each other for two years and are different in every way, but to fulfil the last wishes of the deceased, they travel together to the Belgian seaside. On their way, they will realise that the issue of the trip may not be the one they expected…

Following the classic structure of the road movie, the film isn’t so much a travel through space as it is one in time. Gone to scatter to ashes of the mother on the beach of her childhood, father and daughter, a duo despite themselves, will rewind time and revisit their family history. One that is distorted by pain, trauma, and the memories of two radically different authors, each clinging to their version.

On one side, there is the daughter, profoundly hurt by the rejection of her father, who refuses to recognise her as his child, but also by this little boy who keeps returning in old family photos, as if he’d lived her childhood in her place. And on the other side, there is the father, marked by the successive disappearances of the son he’d dreamed to have, of his wife, but also of the father he wanted to be.

One of the film’s strengths lies in the way it shows Lola’s interrogations, her anger and her wild energy, of course, but also the wounds of the father, as he is faced with the failure of his family life and with his inability to be a good dad. This tension, brimming in scenes of confrontation that are naturally encouraged by confinement in the car, at the hotel, at the childhood home, adds depth and nuance to the singular journey of the young woman, all the while situating her in the universal conflict that is the difficult relationship with one’s father.

Over the course of their journey, father and daughter will learn to re-read their family history in light of the other’s experience, and get a chance to try and make peace with a traumatic past that they’ll finally be able to share.

Though the film owes a lot to the dynamic of this relationship, it also naturally relies a lot on the character of Lola. Laurent Micheli has imagined a modern young woman free to choose her femininity, even to invent it. We are far removed from the cliches of the long nails and heavy makeup. Lola has suffered too much to give herself any unnecessary restraints.

Lola was produced by Benoit Roland for Wrong Men (Belgium) and co-produced by 10:15! Productions (France) and Lunanime (Belgium). It is sold internationally by Les Films du Losange, which is also handling French distribution, while distribution in Belgium will be handled by Lumière.

We met up with Laurent Micheli to talk about his latest film, Lola vers la mer, shown this week at the Angoulême Francophone Film Festival

Cinergie met with Nicole Gillet, the general delegate of the Namur International French-Language Film Festival, to talk about the 34th edition of the event 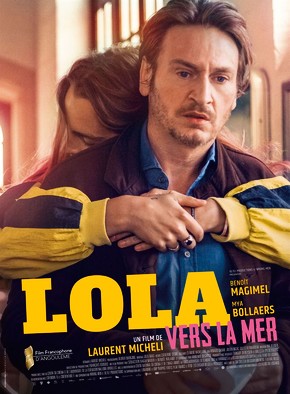 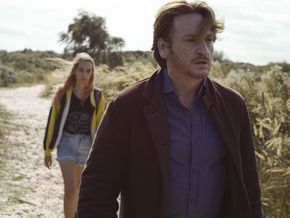 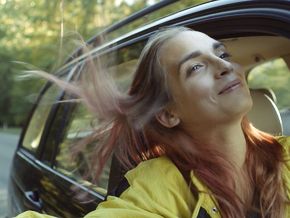 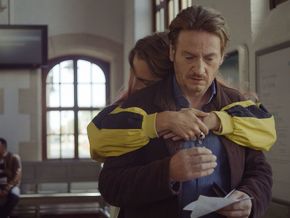 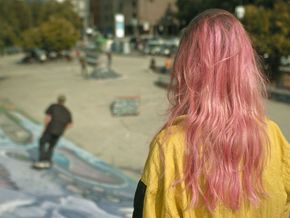 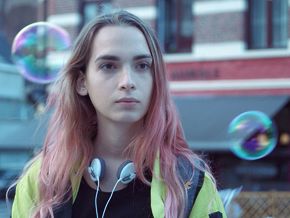 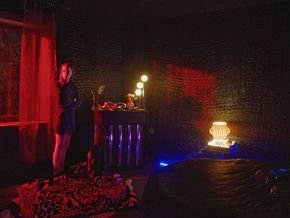