Review: When the Persimmons Grew

26/08/2019 - The Azerbaijani-Austrian production, which won the Heart of Sarajevo for Best Documentary Film, is a meditative, poetic documentary and an intimate portrait of the filmmaker’s mother

The pocketing of the Heart of Sarajevo for Best Documentary Film at the Sarajevo Film Festival came only a few months after taking home two awards from Visions du Réel in Nyon for When the Persimmons Grew [+see also:
trailer
film profile] by the Azerbaijani director Hilal Baydarov. The filmmaker, previously known for documentary films such as One Day in Selimpasha and Birthday, returns this year with a doc that is at the same time meditative and poetic, intimate and touching. Not all of this is immediately apparent: the first half of the movie is composed mostly of slow, static shots of Maryam Naghiyeva, the filmmaker’s mother, and the quiet life she leads in rural Azerbaijan. She looks at old, black-and-white photographs, goes for walks at sunset and gazes into the brook in which she observes different kinds of moss. When the Persimmons Grew is a film that slows down the viewer’s mind in an almost meditative-like manner: “Look,” it seems to be saying; “be mindful of how the light falls, how the smoke curls, how ruggedly beautiful the wooden flooring is inside the house, how the plants undulate in the stream, how the clock on the wall is ticking.”

“Home is a place where you can feel the time pass,” says Baydarov in one of the philosophical discussions he has with his mother upon his return to her house. His portrait of his home, the home of his mother, feeling more and more intimate by the minute, is ambivalent, as he appears to be with regards to his coming and going. The family gathers in the season of the persimmons growing, and as they pick them, peel them and hang them out to dry, the house suddenly feels alive. Baydarov takes long walks with his mother, sometimes vacuously philosophising about the worth of animals over humans, the preconception of a person’s goodness or badness, or the passing of the seasons at home and abroad. His mother interrupts, and he seems irritated by her and by the place itself, again and again, until finally, he will soon have to leave again, at last showing his sorrow this time through gentle, though well-placed, scenes of his mother embracing him and some of their more playful interactions. His is a perfectly truthful depiction of the ambivalence many of us feel towards our home and our family; it is a universal feeling, no matter the place or the country – but at the same time, it is astonishingly personal and wonderfully, even painfully, revealing.

When the Persimmons Grew is a beautiful film, in more than one sense of the word. The past tense used in the title is not coincidental: in this countryside, in this house, the present seems to come only once a year. The rest is just remembering the past, lost in one’s thoughts, looking at old photos, reminiscing melancholically about the times that once were or, perhaps, counting the ticks of the clock on the wall, waiting for a new persimmon season to come around – one which, in the end, will also have inevitably passed.

When the Persimmons Grew is an Azerbaijani-Austrian production staged by Subobscura Films and Ucqar Film.

more about: When the Persimmons Grew

Review: When the Persimmons Grew

The Azerbaijani-Austrian production, which won the Heart of Sarajevo for Best Documentary Film, is a meditative, poetic documentary and an intimate portrait of the filmmaker’s mother

Other winners include A Tale of Three Sisters, And Then We Danced and When the Persimmons Grew; the Cineuropa Prize went to Rounds 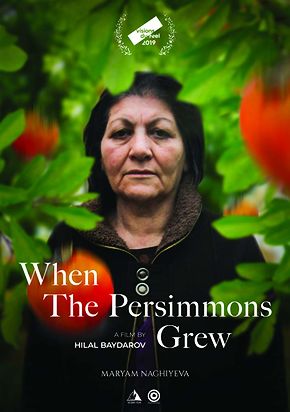 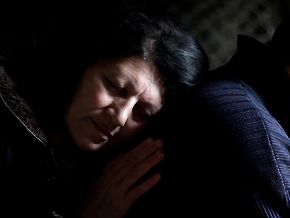 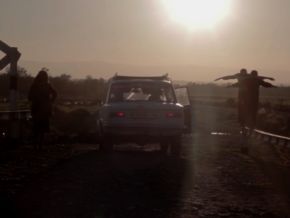 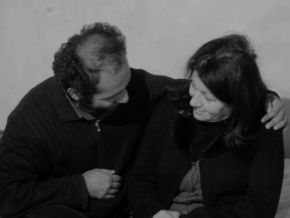