26/08/2019 - Between fantasy and tragedy, Cédric Kahn’s chamber film plunges into the troubles of a family, scratching beneath the surface of mere appearances

Anthropologist or anthropophage: the confusion between these two words in a conversation featured in Cédric Kahn’s new film Happy Birthday [+see also:
trailer
film profile] (which premiered at the Angoulême Francophone Film Festival ahead of its release in French cinemas on 4 September via Le Pacte) hints at the way the French director has chosen to approach the topic of family, through a close study of man wherein lies a dormant kind of affective cannibalism. It’s an opportunity for choral exploration already explored several times on the big screen, but for the first time by Cédric Kahn (the director behind, among other titles, The Prayer [+see also:
film review
trailer
interview: Cédric Kahn
film profile], Red Lights, Wild Life [+see also:
film review
trailer
film profile], Roberto Succo, etc), who has created a film which unfolds almost entirely in closed quarters, with 11 characters staying together for 24 hours in a country house.

Andréa (Catherine Deneuve) would like people to “only talk about happy things” while she celebrates her birthday with her two sons: the serious Vincent (Cédric Kahn himself), visiting with his wife (Laetitia Colombani) and their two young twin sons, and the erratic Romain (Vincent Macaigne who has come with his new girlfriend Rosita (Isabel Aimé González-Sola) and with a small camera that soon gets on everybody’s nerves. But with the torrential rain comes another unexpected and disruptive element: his daughter Claire (Emmanuelle Bercot), who has been living in the USA for four years. A return marked by disaster (she is apparently fleeing from her partner) and by a complex reunion with teenager Emma (Luana Bajrami), daughter of Claire raised by Andrea (and by her husband, the discreet Jean played by Alain Artur) and in love with Julien (Josua Rosinet). The cherry on the cake: we progressively discover that Claire is psychologically unstable and that she’s had two crises in the USA before she left with her partner’s credit card and her stepmother’s jewellery, disappearing for five months. While her mother insists on acting like nothing is wrong, while Vincent gets annoyed and Romain repeatedly acts like a loser, Claire asks for €200,000, her share of the house, to embark on a grotesque project: start a vegan guesthouse in Portugal, an idea she had with a Swiss woman she met in San Francisco… Claire is undoubtedly in distress, but not all things are clear in the family’s history, either…

Oscillating between tenderness and melancholy, classic family reunion events (preparations and conversations in the kitchen, meals, kids’ shows, etc) and violent arguments, laughter and tears, love and affective fights, Cédric Kahn does not put any one character above the others, and instead recreates rather well — and with a discreetly elegant mise-en-scène — the climate of this kind of gathering. Though the character played by Emmanuelle Bercot may seem outrageous and disturbing to some, that is simply because such viewers have not had to spend their every days with bipolar people in crisis. However, the choral structure of the film somewhat dilutes this collective portraits which, though this does not make the film any less good, does not feel all that original. The theatricality of the film (which echoes the play put together by the children) furthers this sensation of extravagance. However, the filmmaker has enough artistic imagination and solid performances at his disposal for his interpretation of the “traditional” family film to instil questionings on appearances and truth.

Between fantasy and tragedy, Cédric Kahn’s chamber film plunges into the troubles of a family, scratching beneath the surface of mere appearances 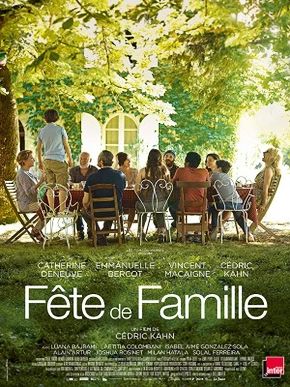 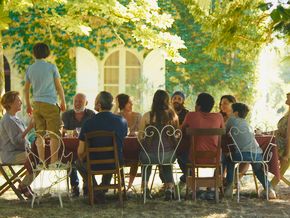 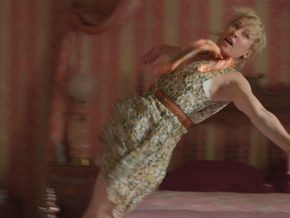 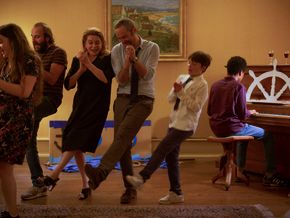 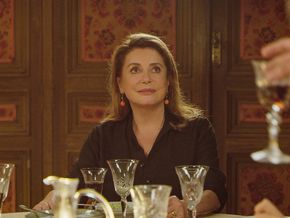 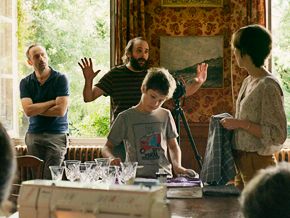 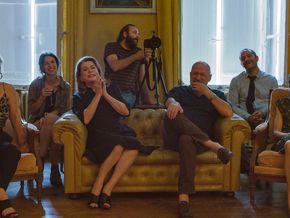 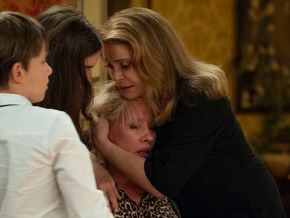 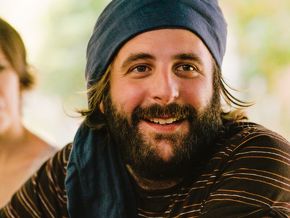